Some of these 2020 adult LGBTQ+ science fiction books are already available, some are coming out this summer or fall. Whether you’re looking for Alexander the Great–inspired space operas with sapphic women, queer relationships in the age of dystopian capitalism, or nonbinary artists caught up in a revolution with mechanical dragons, this list has got you covered! 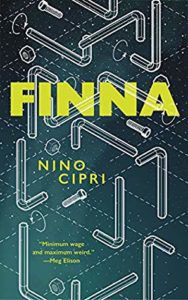 What if a wormhole to another dimension opened up in an IKEA-esque big box store? What if two employees had to follow a lost elderly customer through the portal? (Budget cuts and customers come first!) What if the two employees, one queer and one nonbinary, used to be a couple and just broke up? 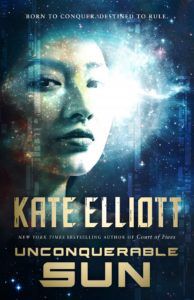 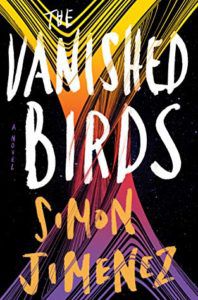 The Vanished Birds by Simon Jimenez

Nia is a solitary woman for whom decades of space travel is condensed into mere months. This special ability leaves her exceptionally lonely as loved ones age around her. When a mysterious child lands in her care, it changes both of their lives forever. 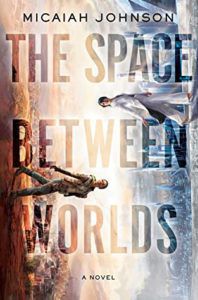 The Space Between Worlds by Micaiah Johnson (August 4)

In Cara’s world, multiverse travel is possible. But you can’t visit any universe where your counterpart is still alive. Cara is in luck as her doppelgängers seem to have a propensity to bite the dust. When one of her remaining selves dies, a surprise plot that endangers every multiverse emerges. 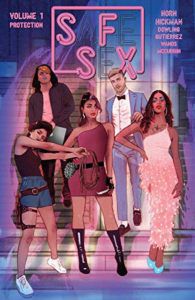 In the first collected volume of the new comic series, Horn presents an America controlled by draconian norms about sexuality. While the government polices sex physically and bureaucratically, a group of sex workers, women of color, and/or queers rise up to fight the “Pleasure Center.” 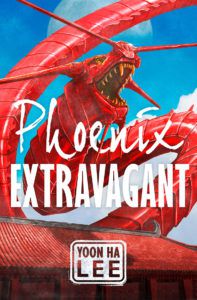 In this hybrid fantasy/science fiction/steampunk/folktale, a nonbinary artist way out of their depth gets caught up in the politics of a revolution in the country Hwaguk. Also involved in this story of an ordinary person in extraordinary times is a mechanical dragon who loves philosophizing and an enemy duelist. 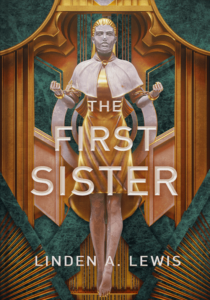 The First Sister by Linden A. Lewis (August 4)

The First Sister begins a new space opera trilogy. Lewis takes readers on three journeys following three main characters: a nonbinary person with a mission to save the solar system, a sex worker and spy asserting her freedom, and a soldier unsure of his allegiances. 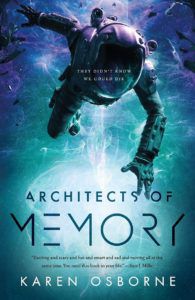 Ash is a bisexual terminally ill pilot soldier indentured in an impossible war. She’s resolved to pay off her corporate debt and cure herself. On a routine salvaging trip, she and her crew discover a genocidal missile. This missile leads them down a road of conspiracy and intrigue that might turn Ash into a living weapon. 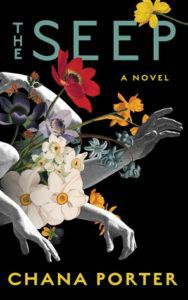 The Seep by Chana Porter

Trina is a 50-year-old trans woman living in the utopian aftermath of a gentle alien invasion called “The Seep.” Anything anyone can imagine, they can make real. Unfortunately her wife decides that she wants to be reborn and start life over, leaving Trina alone to explore grief, aliens, and love. 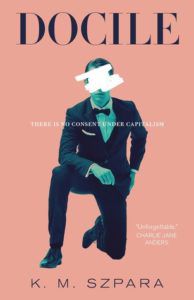 Docile is a near-future story set in an extreme version of today’s income inequality. Dociles are indentured servants trying to pay off debt. Elisha is one such docile who refuses to take Dociline, the drug that keeps dociles happy to follow orders. But the man who has bought his contract is from the family behind Dociline.