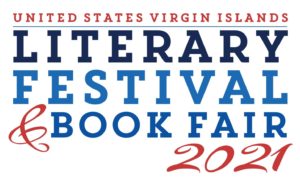 The University of the Virgin Islands’ international journal “The Caribbean Writer,” together with the Virgin Islands Literary Festival and Book Fair (VI Lit Fest), will host the 7th iteration of the literary festival from April 23 to 25, under the theme “Diasporic Rhythms II: Interrogating the Past; Imagining a Future.” The festival will begin with Pre LitFest activities aimed at school children and will be held during the morning hours of Friday, April 23, while the main part of the weekend program will be staged on Saturday afternoon, April 24, and from 1 p.m. to 6 p.m. on Sunday, April 25.

Throughout the three-day festival, these authors will engage in discussions, conduct poetry and writing workshops, as well as offer editing and publishing tips.

Equally significant is that participants will take part in the launch of the 35th edition of The Caribbean Writer, a tribute to Caribbean literary genius and Edward Kamau Brathwaite, editorial advisory board member. According to program chair Alscess Lewis-Brown, this issue is part of the collective outpourings of gratitude, remembrances and reminiscence lyricized in musings, tributes, celebrations of Brathwaite’s life.

The program lineup also includes a scholarly panel discussion on Brathwaite’s seminal compilation, “The Arrivants: A New World Trilogy (1973),” in which he attempts to recreate the past and examine it to build a future for Caribbean people amid the vagaries of social justice issues and political animus in the world.

Edwidge Danticat is a Haitian-American novelist and short story writer. Her first novel, “Breath, Eyes, Memory” (1994) and went on to become an Oprah’s Book Club selection. Danticat has since written or edited several books and has been the recipient of numerous awards and honors.

Kwame Dawes is the author of 22 books of poetry and numerous other books of fiction, criticism and essays. His collection, “Nebraska,” was published in 2020. He is Glenna Luschei Editor of Prairie Schooner and teaches at the University of Nebraska and the Pacific MFA Program. He is director of the African Poetry Book Fund and artistic director of the Calabash International Literary Festival. Dawes is a chancellor of the Academy of American Poets and a fellow of the Royal Society of Literature.

His awards include an Emmy, the Forward Poetry Prize, a Guggenheim Fellowship and the prestigious Windham Campbell Prize for Poetry. In 2021, Kwame Dawes was named editor of American Life in Poetry.

Canisa Lubrin is a writer, critic, professor, poet and editor from St. Lucia. She is the author of two collections of poems: “Voodoo Hypothesis” and “The Dyzgraphxst.” She was also a director of the Pivot Reading Series, a biweekly poetry reading series in Toronto, as well as poetry editor at McClelland & Stewart.

Vladimir Lucien is a writer, critic and actor from St. Lucia. His first collection of poetry, “Sounding Ground,” won the OCM Bocas Prize for Caribbean Literature. His work has been published in The Caribbean Review of Books, Wasafiri, Small Axe, the PN Review, BIM, Caribbean Beat and other journals, as well as a poetry anthology titled, “Beyond Sangre Grande.”

Jacqueline Bishop is a writer, visual artist and photographer. She is a professor at the School of Liberal Studies at New York University. She is the founder of Calabash, an online journal of Caribbean art and letters that is housed at NYU. She is the author of  “The River’s Song” (2007), two collections of poems, “Fauna” (2006) and “Snapshots from Istanbul” (2009), a 2007 art book entitled “Writers Who Paint, Painters Who Write: 3 Three Jamaican Artists” (which features the work of Earl McKenzie and Ralph Thompson, as well as her own work), and “The Gymnast and Other Positions” (2015), a collection of short stories, essays and interviews that won the nonfiction category of the OCM Bocas Prize for Caribbean Literature (2019).

Rozena Maart is the winner of “The Journey Prize: Best Short Fiction in Canada, 1992,” the recipient of the William R. Jones award, a lifetime achievement award for philosophy, and he is a recent appointee as an international research ambassador for the University of Bremen in Germany. She is a scholar and researcher who works between and among political philosophy, Black consciousness, psychoanalysis, critical race theory and Derridean deconstruction. She joined the University of KwaZulu-Natal in Durban in 2011.

Summer Edward is a Trinidadian-American writer, children’s editor, educator, literary activist and children’s literature specialist who is based in the U.S.

Yona Deshommes is president of Riverchild Media, a public relations firm specializing in the promotion of books by and for authors of color. She is a former publicity director at Simon & Schuster publishing.

Lewis-Brown shared that there will also be a “festival secret unveiled in the appearance of an author who has garnered much worldwide acclaim. We guarantee that this author will be a favorite of festival attendees, particularly young men,” she said.

This year, festival planners have cast a wide net for full community participation; therefore, the sessions are free, according to Alscess Lewis-Brown, program chair.  However, participants are required to register at https://www.usvilitfest.com or https://www.eventbrite.com

Persons interested in supporting the aims of the VI LitFest may make checks payable to the St. Croix Foundation for Community Development, the third-party fiduciary, on behalf of the VI Lit Fest.