5 of the Funniest Science Fiction Books to Cheer You Up 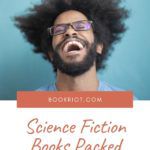 The world is increasingly troubling these days. And there are a lot of important books available to help us understand the modern and historic context of these issues. They should all be read—I know they’re piling up on my own nightstand.

But between those heavy reads, something lighter can give your mind a break. Or, they can even serve up some digestible satire that break apart the cracks in our culture as compellingly as the denser, more serious works.

Whichever you feel you’re needing right now, summer is a great time to let yourself have a few laughs and relieve some of the mounting tensions. Here are five great funny science fiction books to explore. 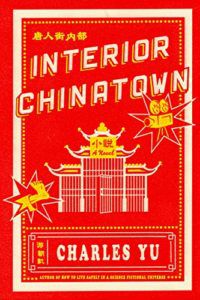 You know the phrase everyone sees themself as the protagonist of their own story? Well, Willis Wu doesn’t. He’s just Generic Asian man. Sometimes there’s variations—like Disgraced Son—but regardless, he always seems to be part of the background.

With thoughtful and precise satirical storytelling leveraging an inventive screenplay structure, Yu is a longtime favorite author for me for his ability to blend the meta perspective, quirky humor, creative plays on tropes, and deep feels. He delivers them all in this most recent release. 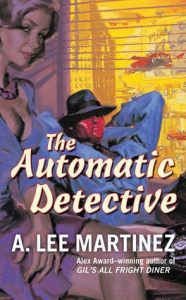 The Automatic Detective by A. Lee Martinez

Mack Megaton, robot, was designed for world domination. Unfortunately, it’s just not his passion. In a world where toxic chemicals have turned the citizens into a population of mutants—some human and some far from it—Mack struggles to fit into his world of Empire City and prove he’s good for something other than destroying it.

But then his neighbors are kidnapped. The pursuit to save them takes him on an adventure with all sorts of zany characters. It makes for a strange, fun romp that is sure to be a good summer distraction. 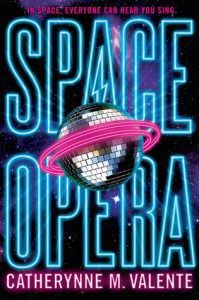 After a war tore the galaxy apart, Galactivision was created to bring those left back together and cheer them up. It’s a zany, head-spinning event that’s “part gladiatorial contest, part beauty pageant, part concert extravaganza, and part continuation of the wars of the past.”

And now, humanity has discovered it all and has to participate. And humanity’s representing band, Decibel Jones and the Absolute Zeroes, will determine the fate for all of Earth.

Full of Valente’s unique style featuring frenetic, hyper run-on sentences, it’s charged with energy all the way through. More than one reviewer described it as a mashup of David Bowie and Douglas Adams, so I don’t know how it could possibly go wrong. 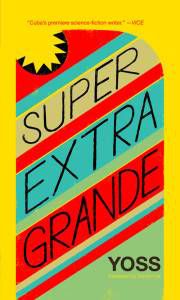 Dr. Jan Amo Sangan Dongo is a veterinarian specializing in the largest alien creatures. In this intergalactic adventure, he is sent off on a mission to address a colonial conflict before the flareup threatens the tenuous peace in place between the galaxy’s seven intelligent species.

And that mission is to save two ambassadors. From inside the belly of an enormous creature. Who are the doctor’s two competing love interests. Naturally.

It’s a wild ride and a hot take on Western politics all rolled into one very entertaining package. 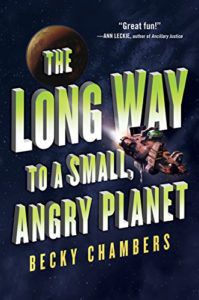 Rosemary Harper isn’t looking for more than some space from her past when she joins the crew of the Wayfarer. What she gets is some real shenanigans.

In this novel, Chambers rounds up the familiar tropes of the space crew adventure and has a huge amount of fun with them, and isn’t shy about inserting her views about the diversity often lacking from the genre.

The result is a great found family story full of adventure, all while exploring gender issues and romantic entanglements with aliens and even an AI. An ensemble cast story with an episodic feel, Long Way is fast paced, imaginative,  and zippy.

Company of the Year: Teladoc

Literature As an Avenue for Intimacy