As the winds of war gathered menacingly throughout Europe and across the Pacific, Hitler’s Third Reich extended its odious apparatus to the farthest outpost in the East… Shanghai. The Nazis were everywhere in Old Shanghai – in the clubs, in the streets and on the Bund. They were a monstrous collection of careerists and criminals, perverts and parvenus, fanatics and fakirs, gauleiters and hoodlums. This is their story…

Josef Meisinger, aka ‘the Butcher of Warsaw’ 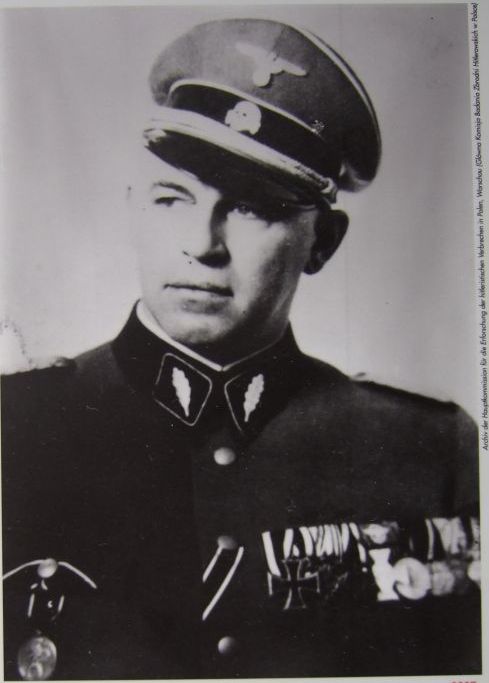 One of the most powerful Nazis in the city. The Bavarian bigwig joined the Nazi Party in the early 1920s, eventually earning a reputation for his brutal methods of examining witnesses. Before he arrived in Shanghai, Meisinger served under SS supremo Heinrich Himmler as director of investigations of homosexuals, abortion cases and opponents of Hitler within the Nazi Party.

In Shanghai his role was to oversee the activities of all Germans in the Far East, and crush anyone whose loyalty to the Führer was “lukewarm.” Meisinger’s connection to Himmler granted him far-reaching power, and fellow Germans came to fear him after suspects began disappearing shortly after his arrival.

Rumor linked him to plans for a ‘final solution’ for Shanghai’s Jews (though no evidence has ever emerged of such a plan). Meisinger wasn’t just a monster – he resembled one. According to one SS colleague, he was “a large, coarse-faced man with a bald head and an incredibly ugly face.”

He brought with him to Shanghai his convent-educated wife (one of Himmler’s discarded mistresses), who was almost driven to suicide by his domestic abuse.

Robert Neumann, aka ‘the Butcher of Buchenwald’ 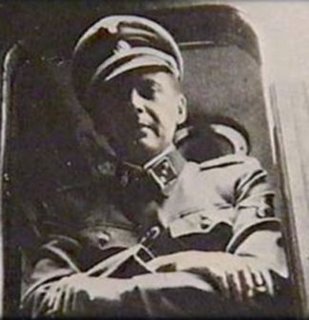 Neumann conducted numerous experiments as the leader of the ‘pathology division’ at Buchenwald in 1939, and later in Auschwitz. After conducting tests on corpses, Neumann later experimented with live prisoners, removing pieces of their liver and subjecting them to live autopsies.

After he resigned from the SS, he left the camps and was sent to Shanghai, where he became renowned for his fanatical Nazism and his efforts as a propagandist. During his time in Shanghai, he was suspected of murdering another Nazi doctor, von Miorini, whom he later autopsied.

His studies in Shanghai were largely confined to his obsession with race. Having established the German-Chinese Medical School in Shanghai, he gave numerous speeches like ‘Inheritance and Race’ and ‘Race and People.’

Despite all of the atrocities, crimes, and intrigues in which Neumann was involved, he served a light sentence in Germany (the trial’s records were mysteriously destroyed) and died peacefully of old age in his homeland. 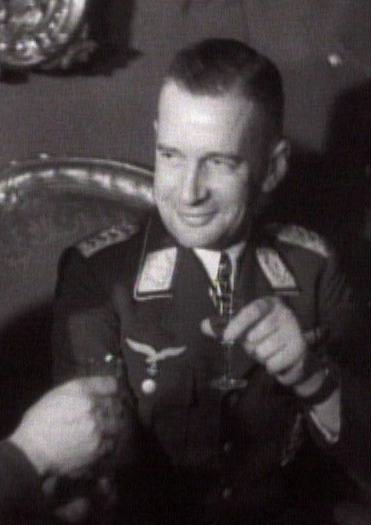 His secretary once described him as a “babbler, boaster and spendthrift,” and wondered how such a man could be appointed to such an important position. A fun-loving womanizer who was rarely, if ever, seen working, Lothar Eisenträger (who also used he alias Ludwig Ehrhardt) was renowned for his hedonism. He enjoyed drinking, good food, and couldn’t stand to be alone.

Although he spent most of his time socializing, Eisenträger was insanely jealous of possible rivals and managed a coup against a troublesome intelligence agent, Louis Siefken, who was collaborating with Josef Meisinger (Eisenträger accused Siefken of being a homosexual, and the charge stuck). Additionally, Eisenträger revealed suspicious relations between Siefken’s bureau and a Japanese commander, resulting in Siefken being sacked.

A man of contradictions, he relentlessly climbed the Nazi career ladder but, as head of German military intelligence, was rather lackadaisical; the bureau obtained inferior intelligence on the Japanese, but succeeded in spying on the American navy, thanks in part to the unchanging US Navy Code.

His lack of dedication to the Nazi mission didn’t discourage the American military from locking up the balding, dissipated goon in Ward Road Jail for life. His old rival, Siefkin, was the first to testify against him at his trial.

Kahner, described by the Secretary of the German Embassy in Tokyo as a “malevolent, sexually dissatisfied ruffian with an inclination to sadism,” was responsible for observing Jewish immigrants in Shanghai and conducting counter-espionage against British intelligence.

He didn’t owe his post in the Gestapo to any party career, but certainly embodied the cruel Nazi stereotype: a post-war report on Kahner’s activities as Gestapo chief in Shanghai noted that several Germans in the city who were not satisfied with the way things were going simply “disappeared.” For reasons unknown, Kahner was removed from his position in March 1942 by Meisinger and replaced by Franz Huber 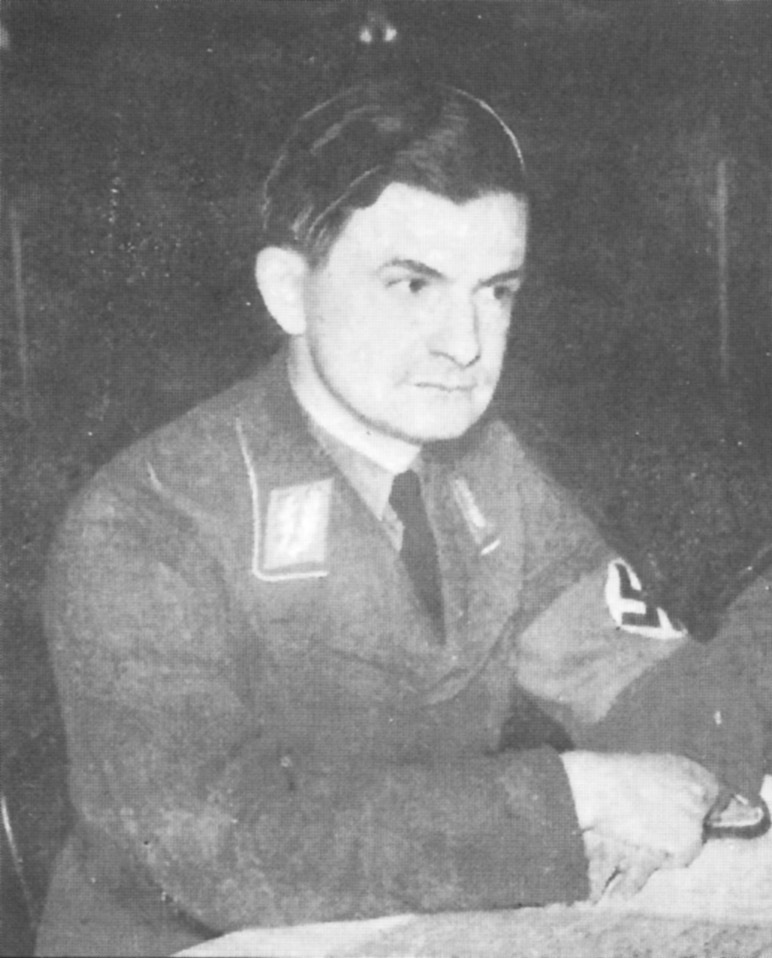 Slandered by Eisenträger for “his petty party intrigues and mudslinging,” Huber was an ambitious party man stationed for two years in Tokyo, before Japanese police and the German embassy pressured him to replace Kahner in Shanghai.

Like Kahner, Huber had a background specializing in police work. Unlike Kahner, he had a distinguished party career. At 22, he joined the SS and quickly rose to the rank of Sturmbannführer (Storm Unit Leader).

Huber, jealous of Meisinger’s seemingly limitless power, eventually attained a certain degree of autonomy. By the end of the war, his monthly salary had risen from RMB1,830 (already greater than Kahner’s RMB1,570) to about RMB5,000.

Huber’s craving for importance was insatiable – in December 1944, Huber, in collaboration with Meisinger, asked the Japanese General Staff in Tokyo to give him authority over Eisenträger. But the Japanese mistrusted Huber, and he was denied.

Orders from Berlin later directed Eisenträger and Huber to collaborate, but the paper thin attempt at an Abwehr-Gestapo reconciliation had only one real success – the destruction of a Free French resistance group headed by a Jewish judge in the French Concession. 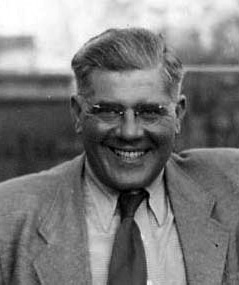 In 1935, he worked under ‘party philosopher’ Alfred Rosenberg and rose to power as chief of propaganda in Shanghai, where he tried to elicit understanding and sympathy for Hitler’s Germany. He established his covert propaganda bureau in the penthouse suite of the Park Hotel and later in a villa next to the German church.

Von Puttkamer was often seen traveling through town in a horse-drawn carriage with his Korean bodyguard by his side. At his trial, his attempt to portray himself as a reluctant bit player in the Nazi Party wasn’t persuasive enough. American interrogators found him to be a “rabid Nazi,” and he was given a 30-year sentence. 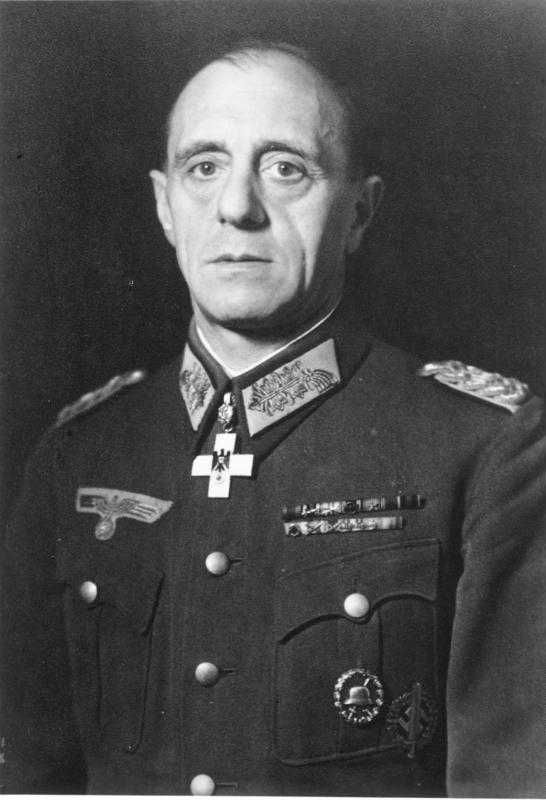 Hasenöhrl was a rather insignificant businessman who was one of the first Nazis to arrive in Shanghai. One colleague described his character and general demeanor as “very awkward.”

Hasenöhrl’s insecurities initially made him extraordinarily unpopular among Shanghai’s German community. As one of the first Nazis in Shanghai, however, Hasenöhrl rose to power as he implanted Nazi ideology among Shanghai Germans.

Although he officially traveled as a representative of the Reich Railway Center for Travel Traffic, Hasenöhrl, with his background in business, was granted the duty of establishing a Ministry of Propaganda and the Foreign Press Bureau while serving as a liaison between the German Consulate in Shanghai and Propaganda Minister Joseph Goebbels.

He was diligent in developing a sophisticated propaganda system arrousing sympathy to Nazis among German expatriates. Although he succeeded in being the first to plant the Swastika flag in East Asia, his success was short-lived. Hasenöhrl returned to Europe in August, 1934, where he later died.

Click here for more in our Nazi Shanghai series