9 of the Best Literary Magazines for the Read Harder Challenge 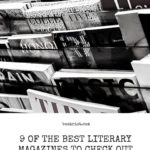 This list of literary magazines for the 2020 Read Harder Challenge is sponsored by TBR: Tailored Book Recommendations.

TBR is Book Riot’s subscription service offering Tailored Book Recommendations for readers of all stripes. Been dreaming of a “Stitch Fix for books?” Now it’s here! Tell TBR about your reading preferences and what you’re looking for, and sit back while your Bibliologist handpicks recommendations just for you. TBR offers plans to receive hardcover books in the mail or recommendations by email, so there’s an option for every budget. Visit mytbr.co to sign up today.

Literary magazines—also called literary journals or lit mags—play an important role in the literary ecosystem. Many publish emerging writers alongside established ones, offering valuable exposure and prestige to those just starting out. If you look in the back matter of any collection of short stories, poetry, or essays, you’ll often find a list of magazines and journals where many of these works first appeared.

Most literary magazines are available on a subscription basis, but there are other options for getting your hands on a copy. Many offer you the option to purchase a single back issue. Your local library might be a subscriber, so you can also check what literary journals they carry alongside other popular periodicals. To make access even easier, many lit mags are available online for free—either in whole or part—and some are online only.

The following nine recommendations represent the range of literary magazines out there: print and digital, single-genre and multi-genre, long and short, serious and humorous, and more.

Subscribe to Events to receive news about sitewide bookish celebrations, round-ups, and more. 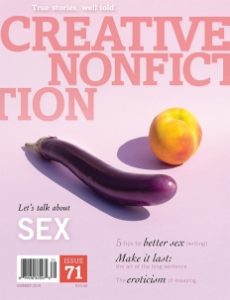 Creative Nonfiction’s tagline serves as a definition for the genre as a whole: “True stories, well told.” Published four times a year, this lit mag features short and long-form essays, interviews, criticism, and “tiny truths”—micro essays pulled from the #cnftweet hashtag on Twitter. Each issue centers around a common theme, such as sex, home, and risk. Back issues of Creative Nonfiction are sold for $10.00 each. 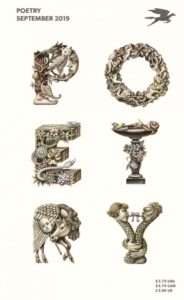 POETRY magazine, published by the Poetry Foundation, has an illustrious history dating back to 1912. It was the first to publish such notable poems as “The Love Song of J. Alfred Prufrock” by T.S. Eliot, “Fever 103” by Sylvia Plath, and “We Real Cool” by Gwendolyn Brooks. The magazine carries this legacy into the future, publishing the poets writing today who will be anthologized in the future. Each issue features dozens of poems by new and established poets, along with a selection of art and essays, making it the perfect way to engage with the contemporary poetry scene. The magazine’s entire archive is available online at no cost, so you could read any number of historic issues to complete this Reader Harder task! If you prefer to read in print, you can snag a back issue for $3.75. 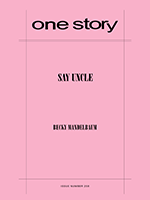 One Story is a fiction literary magazine that offers exactly what its name implies: each monthly issue contains one story. Founded in 2002, One Story has published over 200 shorts, many of which have made their way into “best of” anthologies. They also publish teen writers in their One Teen Story version of the magazine, which makes a great entry point into lit mags for younger audiences or YA readers. Back issues of One Story are available for just $2.50. 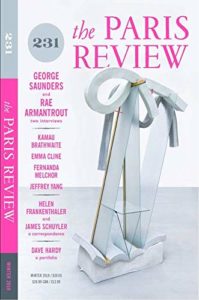 The Paris Review is a quarterly literary magazine founded in 1953 that publishes short fiction, poetry, the occasional essay, art/photography, and interviews with writers. You may be familiar with their archived interview series “The Art of Fiction,” which has featured some of the most notable writers of the last century. Back issues are available for $20 a piece, but you can also find quite a bit of Paris Review content on their website. This includes their Poetry Rx column (run by poets Sarah Kay, Kaveh Akbar, and Claire Schwartz), monthly “Feminize Your Canon” column, and nonfiction-centered blog, The Daily. 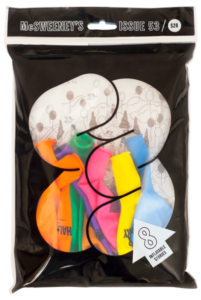 When I told my roommate I was writing this article, she said I had to include McSweeney’s Quarterly Concern (founded in 1998). Why? The sheer quirk in the packaging makes this fiction and nonfiction literary journal stand out from the rest. Issue 53, for example, came packed with 8 balloons featuring short stories from the likes of Lauren Groff, Carmen Maria Machado, and Rebecca Makkai. You must inflate the balloons to read the stories, obviously (just because it’s “literary” doesn’t mean it can’t be fun!). Issue 33 was presented as a full-size newspaper. While these are some of the more out-there examples, each issue has a unique look and offers a breadth of quality writing from voices you know and those you’ll be hearing more about soon. 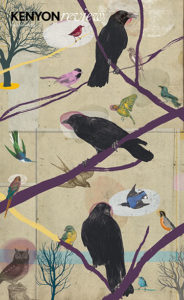 The Kenyon Review is a highly respected American literary magazine that has been around since 1939. It has a history of publishing influential writers early in their career, including Flannery O’Connor and Robert Lowell. Today, the flagship print magazine comes out six times a year, but the brand has extended to a digital site called KROnline that publishes new content every two weeks and an offshoot review site called KR Reviews that focuses on small and indie press publications. Print and digital back issues of the magazine are available for $5–15, depending on the format.

If you like your fiction with a twist of genre, check out Tor.com. This online literary magazine publishes science fiction and fantasy alongside critical writing and commentary on these genres. Content is published daily rather than in a traditional issue, so you can dip your toes into content on various parts of the site to complete this Read Harder task. Not sure where to dive in? You could always pick up a copy of Worlds Seen in Passing, a 576-page anthology featuring some of the best from Tor.com’s last ten years.

The Rumpus is an online literary magazine featuring a wide range of writing, including essays, poetry, fiction, book reviews, interviews, and comics. Writers you know and love have been regular contributors to the site, including Roxane Gay and Cheryl Strayed, whose book Tiny Beautiful Things came from her “Dear Sugar” Rumpus advice column. The site has several ongoing series focused on highlighting the voices of women and non-binary writers, including their “Funny Women” humor series and “Enough,” a series dedicated to writing focused on issues of violence and rape culture.

Most undergraduate institutions publish some kind of literary journal, including your alma mater (if you have one). How many of us have actually read ours, though? If you breezed past your school’s lit mag, why not track down a copy from one of the years you were in school or pick up a recent issue? This is a great way to support the work of the student editors who curate the magazines and also the emerging talent published in them. Before Angie Thomas published her blockbuster bestseller The Hate U Give, her short stories were featured in my school’s literary magazine, The Brogue. You never know what gems you’ll discover when you peep through the table of contents on back issues of your school’s!

Looking for even more options for literary journals you can try for this Read Harder task? Check out Christina’s “Literary Magazines 101” post or this extensive listing of magazines on Poets & Writers!

A Critic Moves Between Literature and Film

The Language of Africa’s Girl Child In Water and Tears