Asmodee Entertainment has announced that their imprint Aconyte Books has partnered with video game company Ubisoft to publish a new series of Assassin’s Creed novels starting this summer.

Assassin’s Creed: The Ming Storm, by Yan Leisheng, is the start of an action-packed trilogy set in 16th century China. Our protagonist is Shao Jun, a young Assassin born into imperial custody. She is already a fan-favorite from the franchise as the main protagonist of the Assassin’s Creed Chronicles: China video game. After eliminating the Chinese Brotherhood by the rival Templars, Shao Jun must travel to Europe to train with the legendary Ezio Auditore before she returns to exact revenge.

China, 16th century. The Assassins are gone. Zhang Yong, the relentless leader of the Eight Tigers, took advantage of the emperor’s death to eliminate all his opponents, and now the Templars hold all the power. Shao Jun, the last representative of her clan, barely escapes death and has no choice but to flee her homeland. Vowing to avenge her former brothers in arms, she travels to Europe to train with the legendary Ezio Auditore. When she returns to the Middle Kingdom, her saber and her determination alone will not be enough to eliminate Zhang Yong: she will have to surround herself with allies and walk in the shadows to defeat the Eight Tigers.

Written by bestselling Chinese author Yan Leisheng, the novel has recently been published in his homeland and also at the end of 2020 in France. This is the first time the book will be available in English and is being translated by Nikki Kopelman.

“When we started out on this project for the Chinese fans of Assassin’s Creed, we wanted to create something that would feel meaningful and engaging to them. We worked hard finding the author who would understand both our franchise and how to tell a compelling story that would resonate with the audience,” said Aymar Azaizia, Transmedia and Business Development director at Ubisoft. “We are really proud to be able to bring this original trilogy to English readers worldwide through Aconyte. Although the content is not set in the continuity of the main storyline, you will find a great authentic Assassin’s Creed story. Enjoy the ride!”

Assassin’s Creed: The Ming Storm will be published in the US and Canada on June 1st and on July 8th in the UK.  The book will be available in paperback and ebook formats, with an audiobook version expected to follow shortly after. You can pre-order now at Amazon.

At the end of 2020, Aconyte was announced as Ubisoft’s go-to fiction partner for novels for adult readers to create new adventures from unexplored corners of the worlds of popular games like Watch Dogs, Tom Clancy’s The Division, Beyond Good & Evil, and more. More announcements are expected as Aconyte’s range of compelling tie-in fiction expands further.

Assassin’s Creed Valhalla: Geirmund’s Saga is available in paperback in the US and Canada from March 2nd, 2021. 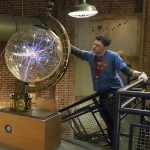 The Best Teen Movie That Came Out Every Year