An Albemarle resident recently published his debut novel about life on a rural farm in the early 20th century.

Robert Joe Martin’s book, “Central Pike,” focuses on the Quartermains, a prominent white family living on a dairy farm in Mt. Juliet, Tennessee who decide to adopt a Black child. The novel follows the growth of the child and the family as they live through the some of the most consequential moments in the country’s history, including the Great Depression and both Great Wars.

Martin, who grew up in rural Tennessee, said the book, which is fiction and 132 pages in length, is based on stories he heard as a kid along with some of his own childhood experiences. All the fictitious characters in the book live on or near Central Pike, a roughly 30-mile stretch of road where Martin grew up.

Much of the book’s intrigue revolves around the identity of the child’s father, which, Martin says, doesn’t get resolved until the end of the novel.

“That’s sort of the guessing game that goes from page 1 almost to the end of the book,” he said.

“This is not only the story of this one family, but of many individuals who have interesting lives full of conflict, pain, suffering, as well as joy,” he said. “With this story, I hope to give readers a feeling of warmth of family life.”

Though the idea for the book had been percolating in his head for a long time, he only started writing a few years ago. He finished the book last October and it was published by Xlibris Publishing in November. 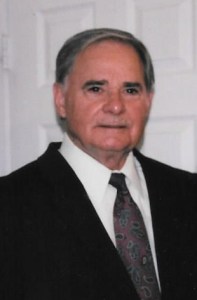 Robert Joe Martin lives on a farm in Albemarle with his wife Sally.

After graduating with a bachelor’s degree in chemistry and a master’s degree in the sciences from Middle Tennessee State University, he has published many scientific articles on the analysis of drugs, according to a press release. He is also widely known for his chocolate and coconut custard meringue pies, which have won blue ribbons at the Tennessee State Fair.

Martin is also a recognized watercolor artist, with many of his paintings being sold throughout the country and around the world including in England, France and Japan. Many of his paintings can be found inside Second Street Gallery in downtown Albemarle.

Martin has lived on a farm in Stanly County with his wife Sally since the early 1990s.

His book is available on Amazon and Barnes and Noble.

Chris Miller has been with the SNAP since January 2019. He is a graduate of NC State and received his Master’s in Journalism from the University of Maryland. He previously wrote for the Capital News Service in Annapolis, where many of his stories on immigration and culture were published in national papers via the AP wire.