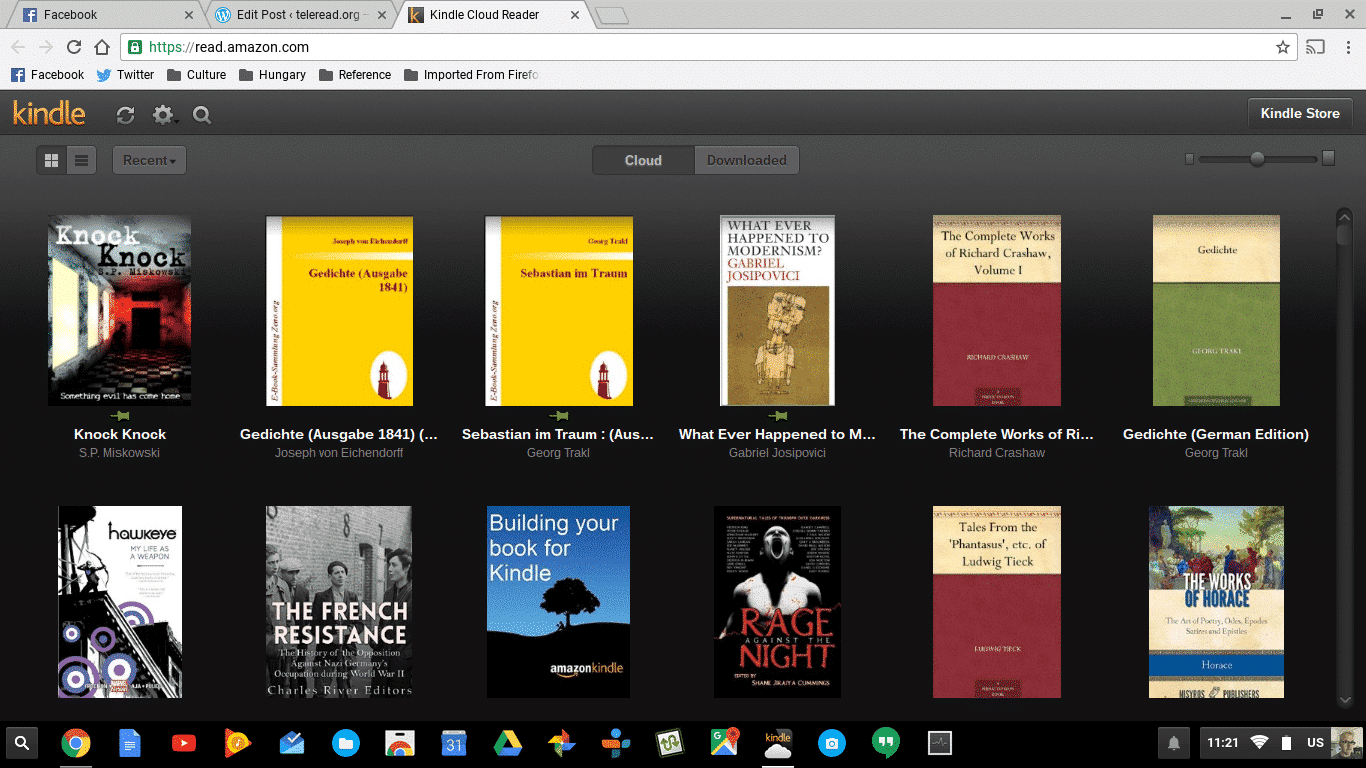 The Kindle Cloud Reader has been a viable browser based reading solution since 2011. You can read ebooks via all major internet browsers for desktop, mobile and tablets. Many people read comics, graphic novels, and ebooks when they are at work or school, since many organizations do not block it.  Over the course of the past week, Amazon has been pulling features away from it and it looks like it is on the verge of being discontinued.

We conducted a review a couple of weeks ago on the Kindle Cloud Reader, and since then, the navigation tabs to download ebooks from the Cloud have been removed. The only books you can read, are ones that have been previously downloaded, no new titles can be accessed. Ebooks from certain publishers with DRM cannot be opened anymore, even if you had previously downloaded them. There is a popup window that appears, notifying readers to download the Kindle app for iOS or Android. Amazon also pulled the ability to read books offline, you need a dedicated internet connection to read.

The Kindle Cloud Reader was originally developed when Apple made all app developers pay them a percentage of royalties for in-app transactions. Selling ebooks is not that profitable and operates on razor thin margins. Amazon disabled purchasing ebooks in the main Kindle app and told people to visit the  Kindle Cloud Reader via Safari, buy ebooks and sync.

Amazon was the first company to offer a cloud reading solution. Kobo and Barnes and Noble developed similar systems in 2012 and both discontinued them in 2016.  Amazon is the last one standing, but it looks like it will be totally discontinued soon, it is very likely that not enough people were using it, to continue to devote resources to maintain it.

Argo and Other 9 Fantastic Political Thrillers, Ranked According To Rotten Tomatoes