Clarksville, TN – Dr. Somaditya “Soma” Banerjee, an assistant professor at the Austin Peay State University (APSU) Department of History and Philosophy, has published a book that examines how modern physics developed in colonial India early in the 20th century. 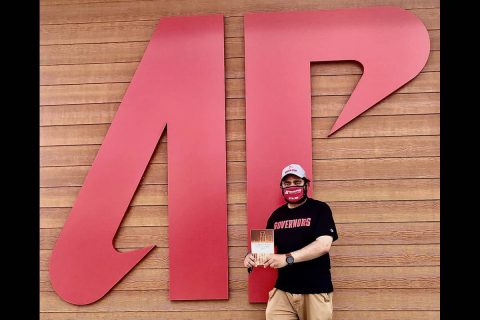 “The Making of Modern Physics in Colonial India” offers a cultural history of the remarkable rise of physics in India during the first half of the 20th century, focusing on Indian physicists Satyendranath Bose, Chandrasekhara Venkata Raman and Meghnad Saha.

The book argues that the groundbreaking colonial science of Bose, Saha and Raman was a part of the development of Indian nationalism and their internationally acclaimed interventions in physics helped produce an original program of scientific research.

Bose, Raman and Saha were celebrated scientists in the revolutionary field of quantum physics, internationally renowned for the Bose-Einstein statistics, the Raman Effect and the Saha ionization equation, respectively. Raman’s discovery in 1928 led to the first-ever Nobel Prize awarded to a scientist from Asia in 1930. 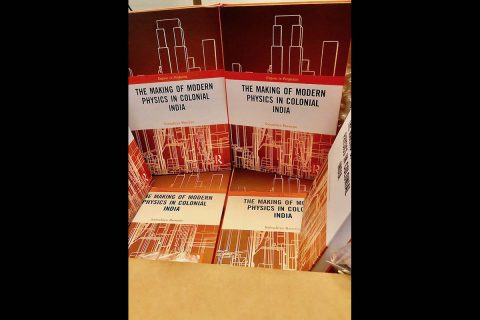 The book argues that these physicists’ pursuit of modern science served as an instrument of India’s ultimate independence from the United Kingdom.

“Banerjee grapples skillfully with a crucial question – how was early 20th century India able to develop advanced physics research while under colonial rule?” writes Matthew Stanley, a professor of the history of science at New York University. “(This book) powerfully demonstrates how a postcolonial analysis can reveal an entirely new chapter in the history of modern physics.”

Banerjee’s book is available as a hardback or eBook at www.routledge.com. Here’s the direct link.

To learn more about the APSU Department of History and Philosophy at APSU, go to www.apsu.edu/history-and-philosophy.