AUDIOBOOKS: A thriller, a family saga, and a young-adult novel 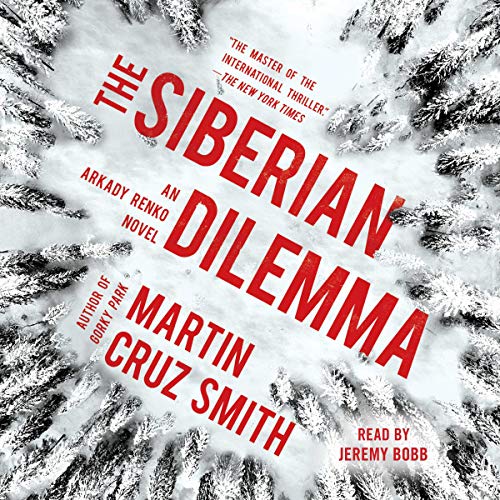 This week we have a thriller, a family saga and a young adult title that will appeal to adults as well as teens. Please remember that all titles are available at local libraries and bookstores.

It doesn’t matter if you haven’t been following this series by Smith, because this installment, set in Russia and packed with action, stands alone. Detective Arkady Renko is on the case of a missing journalist and this time it’s personal because she is also his girlfriend. Though this keeps one’s attention, it lacks the finesse of Smith’s earlier novels, as the ending is only mediocre and pacing is an issue. Bobb has a deep voice and a pace that is controlled and even. He easily changes the timbre of his voice for different characters, and Eastern European accents sound authentic. Grade: B-plus

What could have been a sweeping epic involving refugees from the Spanish Civil War who relocated to Chile is instead dense, very long and surprisingly trite. Allende certainly did her research, but she so overexplains and overwrites that all sentiment feels telegraphed. This becomes more of an issue when heard instead of read, because it sounds as if this novel is one long explanation that never draws us in emotionally. It does, however, give you a very clear idea of the times and situations endured by those in the war and those who fled. Ballerini perfectly captures all manner of Spanish accents, but his female characters are weak enough to be distracting. Grade: B-minus

Magic is outlawed and girls are not allowed to read in this fantasy set in a kingdom in which revolution means the fay are finally fighting for their rights. This is aimed at tweens but plays well for all ages, especially once you realize that it is an allegory for gay rights and all-around equality. Don’t worry: This tale of smart and sassy Brystal Evergreen also works as pure entertainment as she overcomes capture and jail before seeking redemption for herself and her kind. Colfer is an animated, energetic reader whose female voices sound remarkably realistic. The production cleverly uses upbeat music to separate segments. Grade: B-plus

Review: Timothy Egan muses on religion in his fascinating chronicle ‘A Pilgrimage to Eternity”https://www.postandcourier.com/” Book Reviews