To aid her in her final confrontation in Batman: White Knight Presents: Harley Quinn, the Dark Knight gives Harley her own Bat-suit—the Noir Costume.

The ever-expanding wardrobe of Harley Quinn just got even bigger in the world of Batman: White Knight with the addition of a new costume courtesy of the Dark Knight. While the former Arkham doc prepares for a final confrontation with Gotham’s newest set of aspiring super-criminals, she is given an unexpected gift by Batman—her very own Bat-inspired suit.

Taking place within Sean Murphy’s Black Label universe, Batman: White Knight Presents: Harley Quinn #6 (written by Sean Murphy and his wife Katana Collins) depicts a Gotham City vastly different than that of general DC canon. For starters, the Joker is deceased and Bruce Wayne is in prison for his crimes as a masked vigilante. With most of Batman’s Rogues Gallery dead at the hands of a fantasized Azrael in Curse of the White Knight, Harley is one of the few survivors of Gotham’s old guard of masked adventurers. Hoping to leave the past behind her, Harley attempts to live a (somewhat) normal life with her twin toddlers, Jackie and Bryce, and her hyenas, Bud and Lou.

Continue scrolling to keep reading
Click the button below to start this article in quick view.

But after two years of peace in Gotham, Harley is forced back into heroics when a new pair of serial killers emerge to fill the vacuum left behind by the Joker—the sadistic mastermind known as the Producer and his murderous leading lady Starlet. In the previous issue, Producer and Starlet bring the fight directly to Harley’s doorstep by bombing her home. Though her children survive, Harley’s hyena Lou dies in an act of heroism worthy of Lassie. Realizing Harley is in trouble, Bruce breaks out of prison to save her. While it turns out his efforts aren’t necessary, he leaves Harley with a parting gift—her very own Harley-Bat suit.

While the suit, dubbed the “Noir Costume” by Murphy, is clearly based off Harley’s original outfit from Batman: the Animated Series, it does have some unique qualities to it. On top of sporting Batman’s grey, black, and yellow color palette, the suit replaces her classic jester cap with a large hood. It also comes with its own utility belt, complete with a telescoping mallet. She even adds her own touch to the costume by wearing Lou’s dog collar in honor of her fallen pet. But the suit’s best quality is that it maintains its flexibility while also being bulletproof…or at the very least knifeproof.

Though Harley’s Bat-suit repeatedly stands up against Starlet’s signature throwing daggers, she never considers the dangers of ricochets. In her final confrontation with the Golden Age Killer, Harley watches in horror as one of Starlet’s bolo knives bounces off her new armor and fatally wounds her biggest fanboy, fellow criminal profiler Dr. Hector Quimby. Surprisingly, Quimby’s final words to Harley Quinn are, “just don’t let them take away that new suit. It’s badass.“

What makes Batman: White Knight Presents: Harley Quinn unique from other books set in the Murphyverse is that Sean Murphy isn’t exclusively writing it. Author Katana Collins adds her own unique flair to Harley’s origins, which reads like an Elseworld’s version of Mad Love. With 15 published books under her belt, Collins has worked within many genres of contemporary romance, including paranormal, erotic suspense…and now superhero comics. The story concludes with Commissioner Renee Montoya telling Harley that it was a mistake for her to put on the Bat-jester suit, but Batman clearly doesn’t agree with that sentiment since he leaves her with the keys to the Batcave along with a note telling her, “Welcome home. I know Gotham is in good hands.” With Batman behind bars, Gotham clearly needs a new Dark Knight defender, and Harley Quinn seems to have taken on that role.

More: Review: Harley Quinn is Her Own Worst Enemy in New Solo Comic 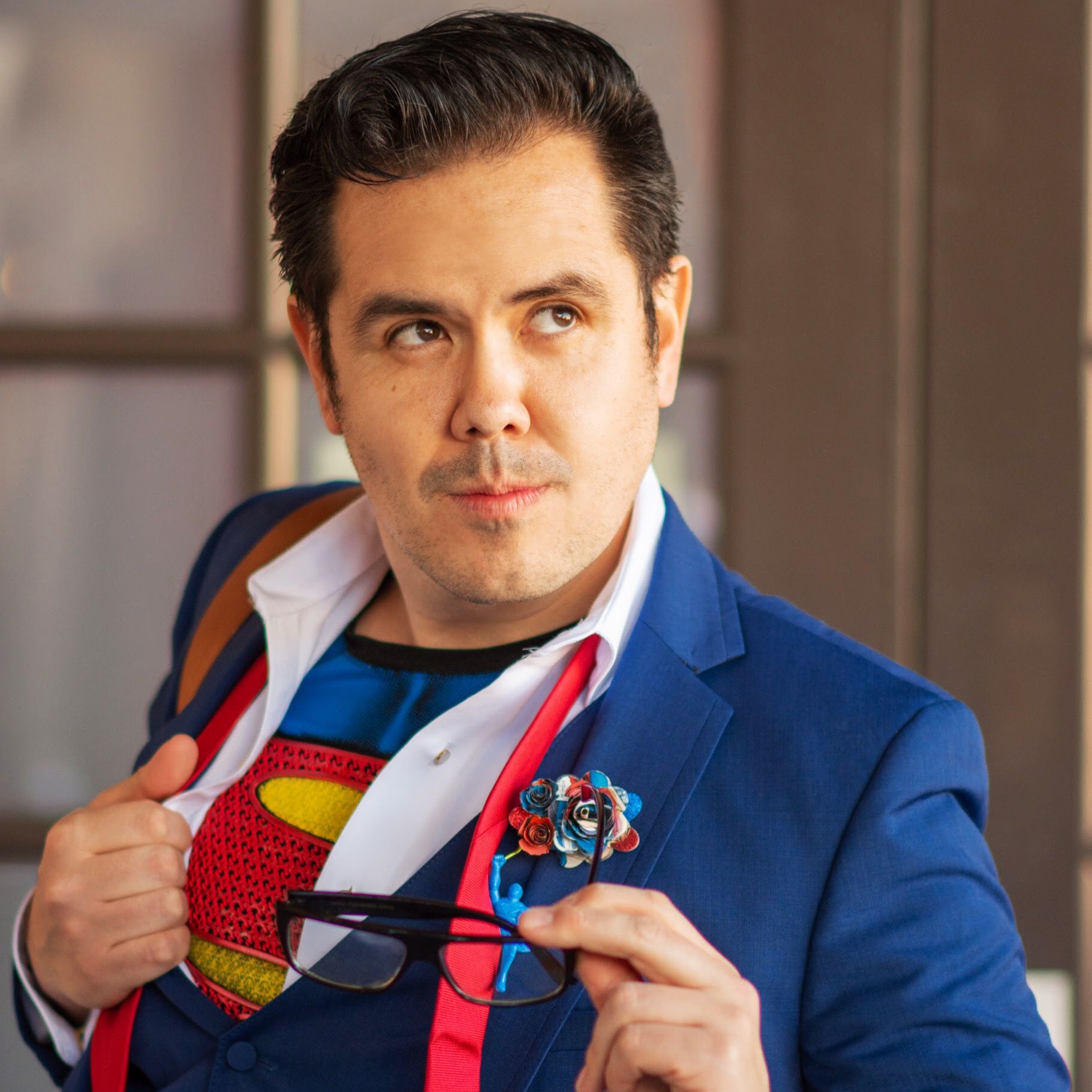 Dorian Reyes Black is a writer for the comic book news section for Screen Rant. Having attended San Diego Comic-Con every year since 2004, he stays current on all the latest news relating to the world of superheroes, science fiction, and high fantasy. Aside from comics, Dorian also has a passion for filmmaking, having graduated with a degree in Film and Electronic Arts from CSULB with an emphasis in production. He wrote, directed, and produced his first feature while still in college, has worked on several television pilots, and even appears in Jon Schnepp’s endearing documentary The Death of “Superman Lives”: What Happened? Dorian is currently a pop-culture news host for Nerdbot Media and a contributor for Nightmarish Conjurings.

An avid cosplayer, Dorian Black can be found throughout social media hosting and managing events while masquerading as Batman, Superman, Pin-Head, Casey Jones, and SHAZAM (yes, the character’s real name is Captain Marvel). He has experienced some of the wildest nerd nightlife that America has to offer, meeting some truly talented fandom-inspired innovators in the entertainment industry along the way. When Dorian is not on the clock, he is also a big fan of photography—behind the camera, in front of the camera, and photo editing on his tablet.

Sci-fi Saturday: “The Big Nothing” melds sci-fi and whodunit

1970s Cultural Mores are Examined and Overcome in This Romantic Adventure by an NC Couple, Which is Based on Their Story

1970s Cultural Mores are Examined and Overcome in This Romantic Adventure by an NC Couple, Which is Based on Their Story