BLOODY Scotland is the latest literary festival forced to go online because of the coronavirus pandemic. Which means Stirling bars won’t get their usual annual fillip of thirsty crime-writers and fans drinking them dry. Still, you can raise a glass to your favourite writer from the comfort of your own sofa as you watch them online. Here are 20 of this year’s Bloody Scotland guests we’re most looking forward to see, albeit virtually.

Every New Movie & TV Show Releasing On Amazon Prime In 2021

Back in January, Lee Child – or James Grant, as he’s known to those closest to him – announced he was handing over the reins of his Jack Reacher series to his brother Andrew. A rare positive example of keeping violence in the family. Since he published the first Reacher novel, Killing Floor, in 1997, Child has written 24 novels about the ex-military cop who is always in the right place at the wrong time to sort things out, usually with a measure of clean brutality. Over the years Reacher has sorted out smuggling rings, conspiracies, assassins and the odd murder or 10. The results until now have been very satisfying. And popular. “One of my books gets sold, somewhere in the world, every second,” Child once said.

The 25th book in the series, The Sentinel, a collaboration between Child and his brother, is out next month.

Criminal Masterminds: Lee Child and Val McDermid is on Sunday, September 20, at 7pm 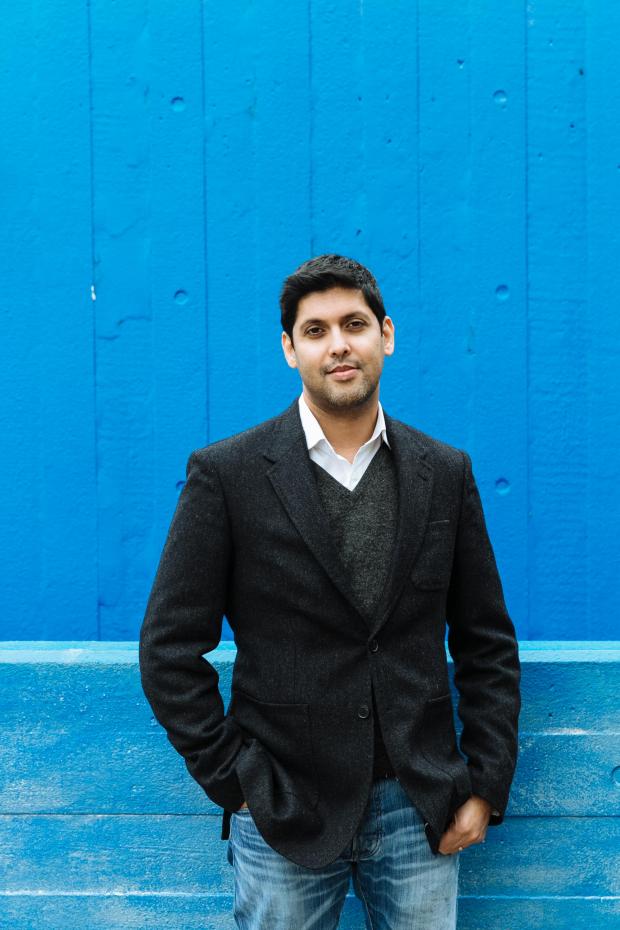 During last year’s Bloody Scotland festival Abir Mukherjee told The Herald he still felt some imposter syndrome when it came to describing himself as a writer. But with four hugely successful novels set in 1920s India under his belt, it’s hard to take that too seriously. His books deserve to be, though. The Scottish-Bengali author’s Wyndham & Banerjee series takes a long, hard look at the realities of empire and colonialism and then throws the odd locked-room mystery into the mix. The latest in the series, Death in the East, is now out in paperback.

Abir Mukhrejee is part of The Never-Ending Panel: A Bloody Tour of Bloody Scotland on Sunday, September 20, at 11am

Before she turned to crime fiction, Texan-born Los Angelino Attica Locke was making a lot of money as a Hollywood screenwriter. The only problem was that none of her scripts were actually getting made. So, in 2005, she took a step back and wrote her first novel, Black Water Rising. It was nominated for an Edgar Award. She has now written five novels in which she tackles the injustices of race in America from a black perspective. That’s never been more needed than it is right now. Heaven, My Home is the latest.

Read More: Bloody Scotland: The 20 crime writers you need to see at this year’s festival (Part 2)

Not content with broadcasting his classical music show on Scala Radio six days a week and continuing his weekly film review show on 5 Live with Mark Kermode, Simon Mayo has turned his hand to fiction in recent years. After several books for children and young adults, he made his adult debut with 19th-century prison drama Mad Blood Stirring. His latest, Knife Edge, is a contemporary thriller set in the world of newspapers and involves the murder of several journalists. We hope that’s not a comment on how he feels about us.

For a country that is one of the safest in the world – according to a government report issued last year there have been only 37 murders over the last two decades – Iceland turns out an awful lot of crime writers. If Arnaldur Indridason and Ragnar Jonasson are the best-known of them, then Yrsa Sigurdardottir is not so very far behind. A civil engineer by trade (she still works in the industry), she has also developed a sideline in dark crime writing that stirs in horror and humour in judicious measures.

As If Real Life Isn’t Scary Enough: Linwood Barclay, Tess Gerritsen and Yrsa Sigurdardottir, is on Saturday, September 19, at 4pm

Now one of the grand old men of American crime fiction, Block began his writing career in the 1950s. He moved from churning out erotica to writing crime fiction under his own name in the 1960s. He’s best known for his Matt Scudder private eye mysteries (there are 19 of them) and the more humorous Bernie Rhodenbarr books about a friendly, decent burglar.

The New York writer may have slowed down in recent years, but he is still writing. He published his latest book, Dead Girl Blues, himself on his 82nd birthday.

Criminal Masterminds: Lawrence Block and Ian Rankin, is on Saturday, September 19, at 6pm

Hugh MacDonald, sometimes of this parish, once described Irish writer John Connolly’s Charlie Parker series as “Old Testament noir”. And there’s certainly a sour fire-and-brimstone taint to Connolly’s expansive novels. At times they even veer into the horror genre. Parker, a former NYPD cop turned private detective, is certainly no stranger to the concept of evil. Like Lee Child, Connolly can conjure up an authentic vision of America in his books, albeit complete with backwoods cults and the odd swerve into the supernatural.

Travelling Back in Crime: Mark Billingham and John Connolly, is on Sunday, September 20, at 6pm 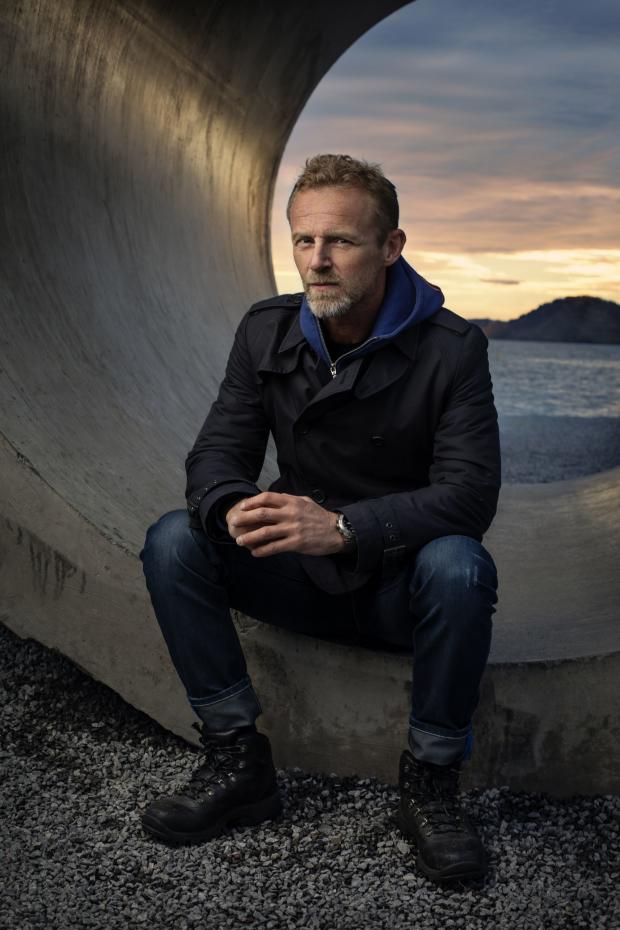 The list of footballers turned crime writers is a short and not always noble one. For every Terry Venables (whose Hazell series, written in collaboration with Scottish writer Gordon Williams spawned a TV series currently being repeated on Talking Pictures TV on Monday nights) there’s a Steve Bruce, whose football thrillers Striker!, Sweeper! and Defender! are adored for their awfulness.

Still, there is at least one footballer turned crime writer who scores with every book he writes. Jo Nesbo, the former Molde player who also worked in finance for a time, is now one of crime fiction’s genuine superstars, having sold more than 30 million books worldwide.

His Harry Hole series features a hard-drinking obsessive detective and a lot of rather nasty violence. Perhaps that’s to be expected. He once described crime fiction as the punk rock of literature, which makes him… what? The Sid Vicious of the form?

Jo Nesbo in Conversation is on Thursday, September 17, at 7pm 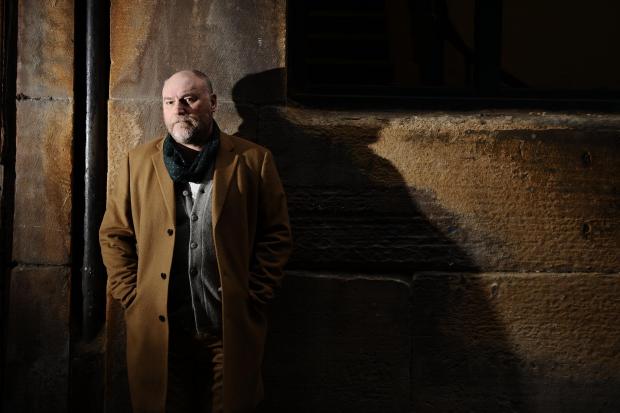 After a career in the music industry managing bands, Alan Parks took redundancy a few years ago, returned home to Glasgow and started to write crime fiction set in the city of his birth but as it was back in the 1970s. Starting with Bloody January, Parks has now written three novels featuring detective Harry McCoy, all of them with a satisfyingly gritty sense of place and time. The most recent, Bobby March Will Live Forever, draws on his own knowledge of the music industry.

Alan Parks is part of The Never-Ending Panel: A Bloody Tour of Bloody Scotland on Sunday, September 20, at 11am

Read More: Bloody Scotland: The 20 crime writers you need to see at this year’s festival  (Part 2)

It’s not necessarily germane to know that from the age of six the Irish novelist Liz Nugent has had a neurological disorder called dystonia, which can cause her body to go into spasm. But, as she herself told the Irish Times: “When you grow up with a disability you are always a little bit on the outside. So, you become an observer. You’ll find many writers were sick kids.”

Nugent’s observational qualities are very evident in the four psychological thrillers she has written, which take in domestic violence, family dysfunction and sibling rivalry. The latest, Our Little Cruelties, came out this year.

A new experience in environment, wellness and literary interactions

A new experience in environment, wellness and literary interactions

A stunning recovery in steel prices boosts Stelco as Bombardier heads for turbulence: Here are this week’s corporate winners and losers