Book review: Finding Freedom: Harry and Meghan and the Making of a Modern Royal Family

Finding Freedom: Harry and Meghan and the Making of a Modern Royal Family

IF YOU’VE fallen out with your family during lockdown, this could be the book to make you feel an awful lot better. If you happen to love Mills & Boon, it’s a double bonus. Summed up, it’s the story of an independent, career-minded feminist and activist who met her handsome prince and went to live happily ever after in their fairy tale castle. Except that nasty people like William, Kate, Palace old guard and the media (boo! hiss!) stepped in, and our heroes were forced to flee…

Keen to disabuse anyone of the frankly outrageous idea that the Duke and Duchess of Sussex were somehow behind the book, a spokesman for the couple insisted they did not contribute to Finding Freedom.

But the authors, Omid Scobie (royal editor of Harper’s Bazaar) and former ABC reporter Carolyn Durand insist ‘all information in this book has at least two sources’. Hmmm — reading that Meghan ‘laughs a little louder, glows a little bit brighter’, I can take a wild guess at who they might be.

Take the description of their first meeting, dripping in saccharine prose: ‘Meghan entered the warmly lit room filled with cozy banquettes and familiar faces. She sat down briefly until Harry — dressed in his signature white shirt and chinos… introduced himself.’ I dare you to read without chuckling that, when Meghan moved in with Harry, she immediately felt at home because ‘she’s always been able to bloom where she was planted’.

Or my all-time favourite: when Harry made it clear during a holiday in Africa that his intentions towards Meghan were serious, she ‘stretched her body into the perfect warrior pose’.

Back home in Kensington Palace, we can only assume that the Duchess of Cambridge was sharpening up her rear pistol disarm — because it’s not long before she’s really under attack. ‘Kate had seemingly not shown much interest in finding out who this woman was who had made her brother-in-law so happy,’ sniff the authors, disappointedly. 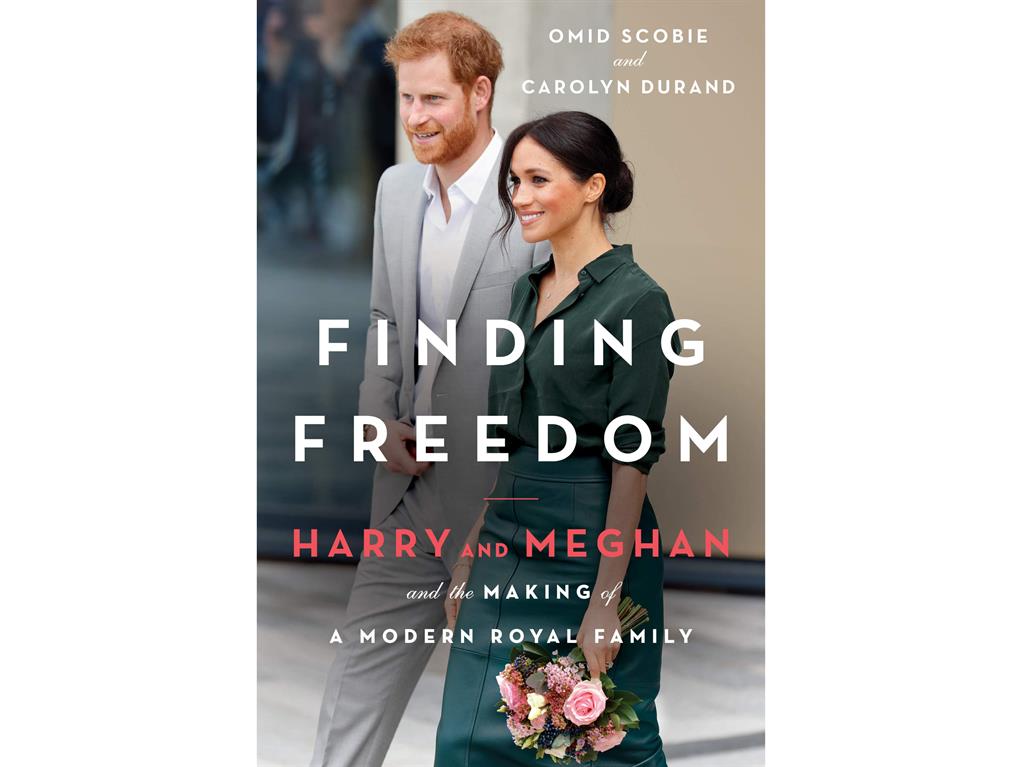 And when a rift occurs due to William’s apparently snobbish reticence about his brother’s new love, ‘Kate did little to bridge the divide’. By the time Kate zips off to the shops in her Range Rover without offering Meghan a lift, you sense trouble ahead. Indeed, Harry and Meghan’s relationship with the Cambridges had deteriorated so badly by their final engagement, at Westminster Abbey in March, that the two couples — the ‘fab four’ — barely spoke. ‘Although Meghan tried to make eye contact with Kate, the duchess barely acknowledged her,’ the authors snort.

We also learn that Harry and Meghan flew back from Canada and — frustrated at being told his granny was busy — ‘toyed with the idea of driving from the terminal to see the Queen’, before deciding it would have ‘ruffled feathers’. Ruffled feathers? This book strips the carcass bare.

With dissatisfaction and perceived slights dripping from every page, this tome is the literary equivalent of rubbernecking at a road accident: you know you shouldn’t keep peeking but you just can’t help yourself. Details such as Meghan impressing Harry with her willingness to wee in the bushes are difficult to unsee.

Yet underestimate this book at your peril — because it’s an important historical narrative which details the House of Windsor falling apart at the very heart of the royal family.

The key complaint seems to be the Windsor pecking order and Harry and Meghan’s reluctance to join the queue.

Meanwhile, tone and timing (pandemic guys — really?) indicate a startling lack of self-awareness. It seems increasingly unlikely, following this book, that the rift will ever be healed. Once you’ve turned the last page, you’ll be praying the Queen keeps taking her vitamins.