This is the 96th article in the COVID-19 Global Roundup series. Here is the previous one.

Retailers, restaurants, airlines, tech companies, oil producers, fitness centers, travel agencies … the list goes on and on. Businesses across the globe have declared bankruptcy this year due to the COVID-19 pandemic, which has triggered economic turmoil and hardship.

For many businesses around the world, the COVID-19 pandemic could be the toughest challenge they’ve ever met: Cash flow dried up, financial problems deepened, customers stopped buying, stores shut down and lockdown orders returned over and over again.

Some are experiencing domestic political and social turbulence, others were struggling even before the pandemic began. The current situation has made it worse, as companies try to survive in an environment where a vaccine has yet to be found and economies are still reeling. 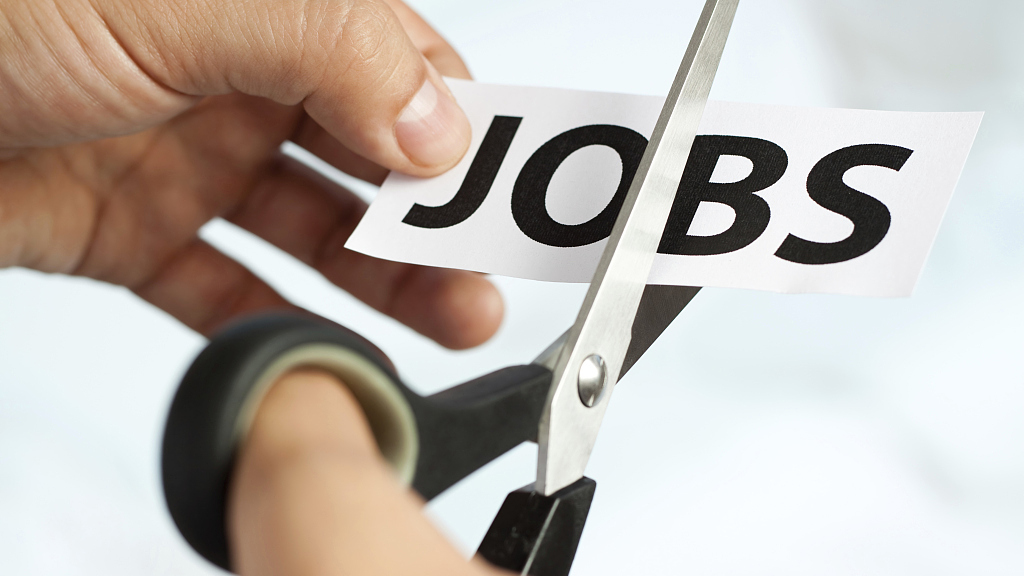 In the United States, nearly a third of the more than 40 large companies seeking bankruptcy protection during the coronavirus pandemic awarded bonuses to executives within a month of filing their cases, according to an analysis of securities filings and court records.

J.C. Penney, the retailer founded more than a century ago, was forced to temporarily close its 846 department stores and furlough about 78,000 of its 85,000 employees around the country as the pandemic spread. It approved nearly 10 million U.S. dollars in payouts just before its May 15 filing. The company has said it would permanently close 152 stores and lay off 1,000 employees. 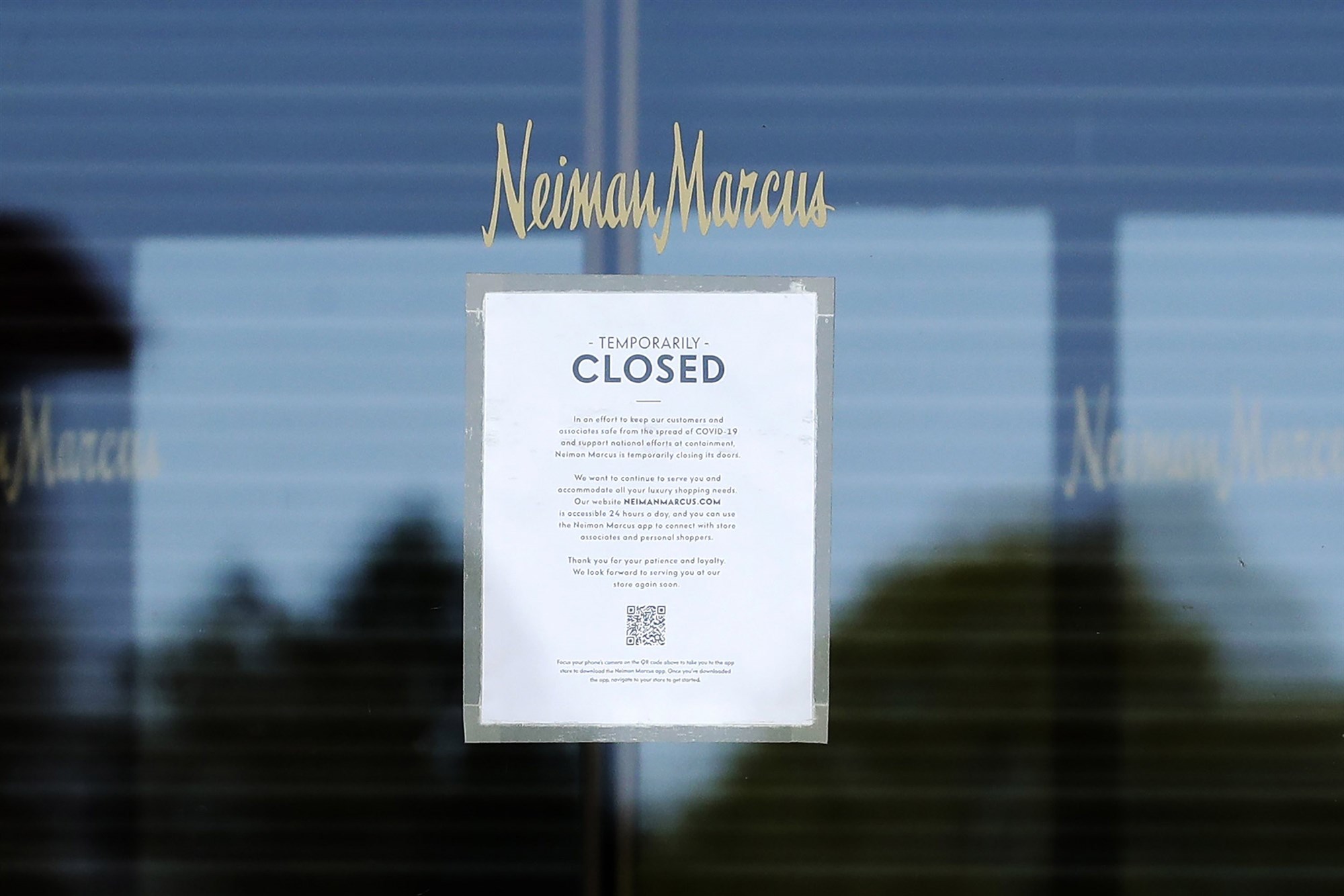 Neiman Marcus Group, the century-old American retailer, is one of the several traditional department stores that could be headed for trouble. /Reuters

Neiman Marcus Group, the century-old American retailer, is one of the several traditional department stores that could be headed for trouble. /Reuters

Neiman Marcus Group, the century-old American retailer, is one of several traditional department stores that could be headed for trouble.

The group in March temporarily closed all of its 67 stores, and in April furloughed more than 11,000 employees. It filed for Chapter 11 bankruptcy on May 7. The company paid four million U.S. dollars in bonuses to Chairman and Chief Executive Geoffroy van Raemdonck in February and more than four million U.S. dollars to other executives in the weeks before its May 7 bankruptcy filing, court records show.

So far the largest Chapter 11 bankruptcy has been that of American car-rental company Hertz. After the travel industry hit the brakes, the company began selling off much of its fleet in a bid to meet demands from creditors.

The slowdown of the travel industry has also crippled the aviation sector. Latin America’s largest airline, LATAM, filed for U.S. bankruptcy protection in May. Before the novel coronavirus outbreak, the airline had 43,000 workers worldwide, with most of them in Brazil and Chile. LATAM is seeking to restructure 18 billion U.S. dollars in debt. It is the world’s largest airline to date to seek an emergency reorganization due to the pandemic.

LATAM will also make redundant “at least” 2,700 workers in Brazil, including pilots, its Brazilian arm said on Saturday, as the bankrupt carrier struggles to cut costs and cope with an industry collapse sparked by the COVID-19 pandemic. 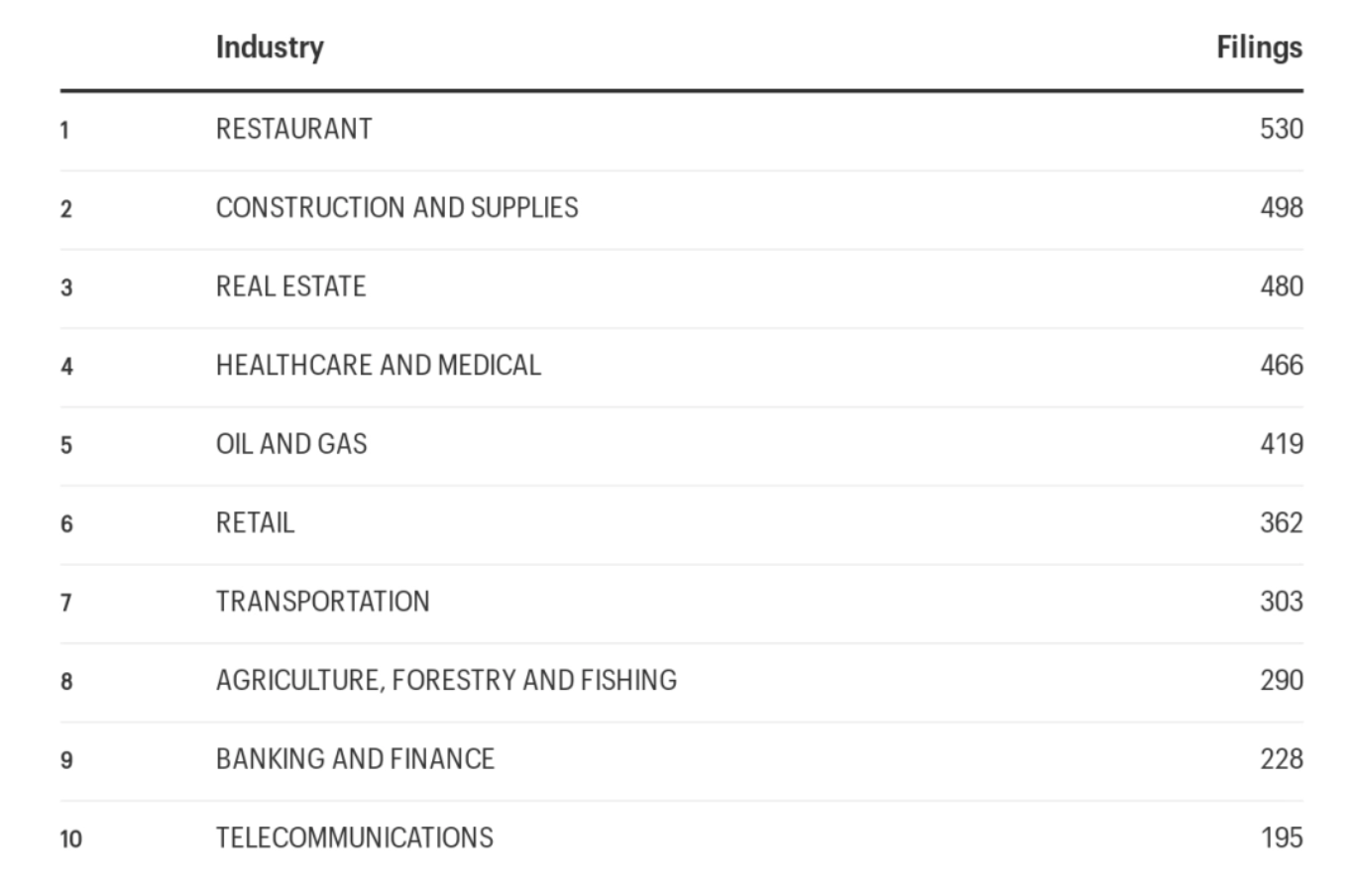 Ten industries with the most filing of bankruptcies in 2020, BankruptcyData. /CGTN screenshot

Ten industries with the most filing of bankruptcies in 2020, BankruptcyData. /CGTN screenshot

Bankruptcies among Japanese companies in the first half of the year rose for the first time in 11 years partly due to the coronavirus pandemic, which has hit hotels and restaurants, according to data compiled by a Japanese research firm.

While the coronavirus is one of the triggers of the rise in bankruptcies, increased labor costs and October’s sales tax hike are also factors. Bankruptcies in industries including accommodation and food services came in at 1,295, up 3.8 percent year on year, as declines in inbound tourism hit the sectors, the firm said. 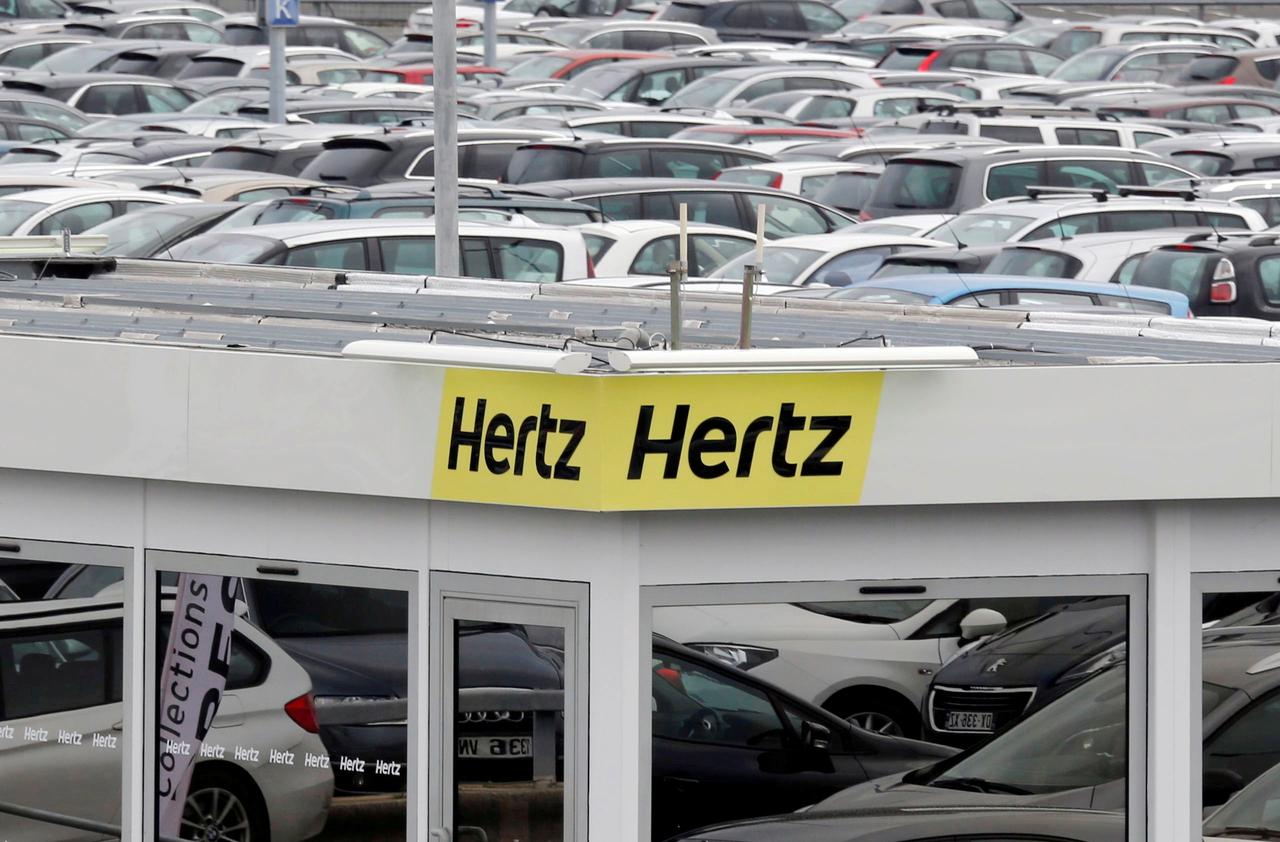 So far the largest Chapter 11 bankruptcy has been that of American car-rental company Hertz. /Reuters

So far the largest Chapter 11 bankruptcy has been that of American car-rental company Hertz. /Reuters

The famous U.S. department stores Macy’s said its net sales for the fiscal first quarter ended May nearly halved to 3.02 billion U.S. dollars. The company, which on June 25 said it would lay off about 3,900 employees in corporate and management positions in a bid to save cash, did not provide an updated outlook amid the surge of coronavirus cases in the country.

Companies, iconic names or SMEs, were in deep financial trouble despite sellling equipment and property and cutting jobs, even before non-essential businesses were ordered to shut down. The hardest hit are selling off assets and closing for good.

“More than 6,800 companies filed for U.S. Chapter 11 bankruptcy protection last year, and this year you can absolutely expect more,” said financial experts from McKinsey and Company. “The wave of petitions from this worst economic downturn since the Great Depression could ruin the business system, making it even harder to save the companies that can be rescued.”

In many cases, the coronavirus crisis has exposed deeper problems, including over-dependence on traditional supply chains and offline stores, or staggering debts run up by companies whose business models were already struggling to deal with changes in consumer behavior. 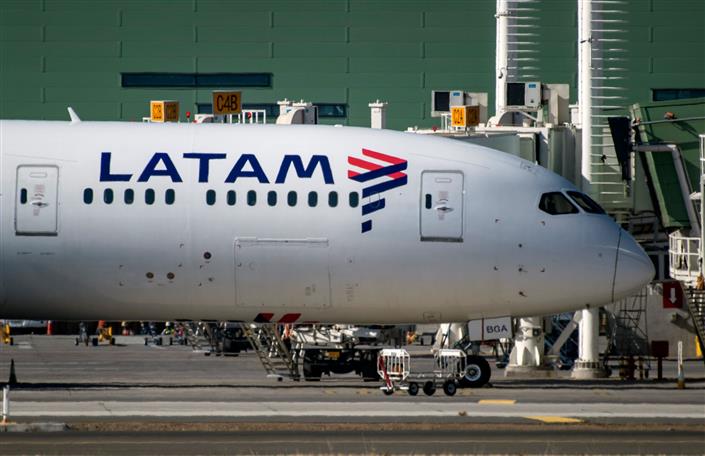 Airlines are among the worst hit industries. Last week, a rescue plan for South African Airways (SAA) was finalized and can be implemented once funding for the restructuring is found, the state-owned airline’s administrators said.

The administrators took over SAA in December after almost a decade of financial losses and published their restructuring plan for SAA last month, after repeated delays and fierce wrangling over the airline’s future.

British Airways is planning to sell its multimillion-pound art collection as it attempts to raise funds. The sales include works by Bridget Riley and Damien Hirst, which may fetch six-figure sums. The art works previously decorated BA’s executive lounges and company headquarters. 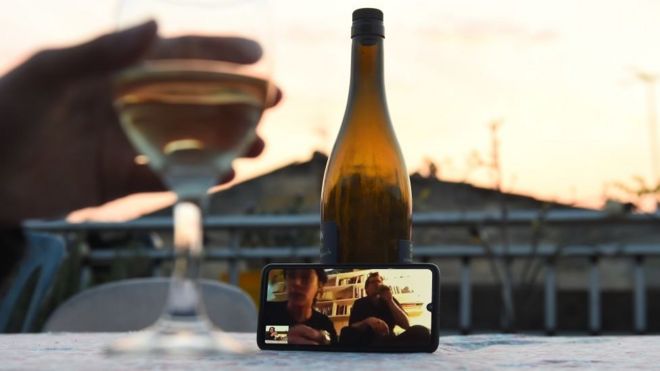 Some companies are expanding online-friendly business options as well as fitness-centered projects. /AFP

Some companies are expanding online-friendly business options as well as fitness-centered projects. /AFP

But amid all the challenges, some companies are finding ways to forge ahead by expanding online-friendly business options and web-based businesses are thriving. Netflix reported almost 16 million new subscribers in the first three months of 2020, nearly double the number of new sign-ups in the final months of 2019.

(With input from agencies)

Havening Technique: The Self-Hug That Can Alleviate Anxiety and Fight Depression

New Romantic Novel Explores How A Young Woman Overcomes Her