The Anishnawbe author and journalist explores the ways in which Indigenous people are shaping food, movies, music, architecture and more 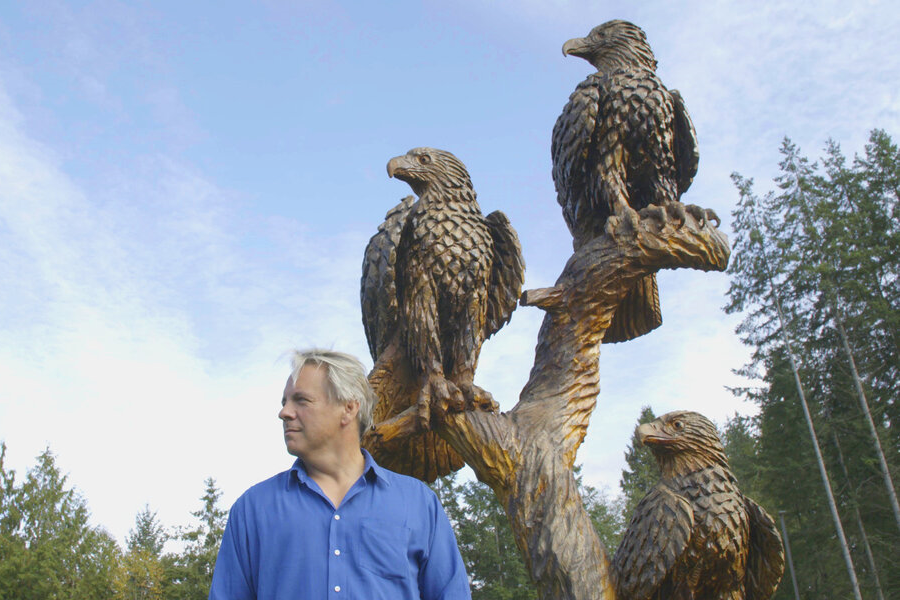 Drew Hayden Taylor engages with the past, present and future of Indigenous culture in Going Native.

Drew Hayden Taylor is looking to expand your understanding of Indigenous culture.

With his new documentary series Going Native – which is now airing Saturdays at 8:30 pm on APTN, and streaming on the network’s APTN lumi platform – the Anishinaabe author, journalist and former NOW writer illuminates the ways in which Indigenous people are shaping and reclaiming their culture.

Taylor tells me all about it on the latest episode of the NOW What podcast.

“The way I look at it, this is an opportunity for us to show the many different aspects and facets of Indigenous culture across Canada and into the States,” Taylor says. “We show the wild and the wacky, we show the culturally relevant, we show the evolution of culture. Basically it’s an exploration of where we were, where we are and where we’re going to be.”

The show dedicates episodes to topics like food, movies, architecture, art, music and fashion, and Taylor says that every new location offered him a chance to learn something new.

“We were wowed by everything that was going on,” he says. “That’s part of the fun of doing this show: you walk into a situation, and whatever you see, I can guarantee it’ll just blow your mind. Whether it’s the architecture, whether it’s watching people fish salmon traditionally, or going through traditional housing in Mesa Verde, or the connection that people have with horses. There’s just so many amazing aspects to Indigenous culture that the vast majority of Canadians are unaware of – or just have a very shallow appreciation of.”

For example, there’s the Going Gourmet episode, which finds Taylor exploring the way Indigenous chefs are reworking traditional dishes like bannock into fine-dining menus across the country.

“We’re taking all this traditional food, whether it’s wild meat or salmon,” he explains, “and we have world-class chefs that are taking this food and putting it out on the market and just making all these food critics’ mouths water with the things we can do with simple foods. Uncomplicated, but still more nutritious than the dominant culture’s food, and just as tasty.”

A second season is in pre-production, and Taylor isn’t worried about running out of topics. The new wave of Indigenous literature? He’s got some thoughts.

“Ten, 15, 20 years ago – there was no such thing as Indigenous genre fiction,” he explains. “There were basically three narratives: historical narratives, victim narratives and byproducts of what I would refer to as post-contact stress disorder. But [now] there’s a book out there that’s a collection of international Indigenous erotica. Daniel Heath Justice did a trilogy [The Way Of Thorn & Thunder] that’s basically an Indigenous Lord Of The Rings, with dwarves and elves and swords and magic. I wrote a Native vampire novel; I wrote a collection of science fiction short stories. Tom King, when he’s not writing award-winning fiction and nonfiction, he writes murder mysteries. There’s been a big explosion.

“Waubgeshig Rice did that book, Moon Of The Crusted Snow, which is about this small isolated fly-in reserve and suddenly, the south disappears. There’s no contact, electricity goes down, communications go down. How does this small fly-in community survive when the rest of the world has disappeared? It’s sort of an apocalyptic novel. And then you have a Cherie Dimaline, who did The Marrow Thieves, a futuristic apocalyptic thing that’s a parable of residential schools. Science-fiction has become a very Indigenous way of exploring things that have happened historically, but giving it a future tense. That’s one of the things I find most interesting in terms of embracing the Indigenization of the dominant culture.”

Of course, that requires reckoning with said culture’s own ugly history of appropriating elements of Indigenous lives… or, in some cases, reinventing them entirely.

“Back in the 40s and 50s, they hired Spanish and Italian actors – anybody with a darker complexion – to play the Indians, and they gave them these big, thick wigs with braids,” Taylor explains. “But as they were riding the horses in the hot sun, they would sweat and the wigs would fall off. So wardrobe [departments] in the 1940s invented the headband so that the wigs would not fall off the riders – and now all these people think that we wear these big elaborate headbands.

“We have to go in and change those kinds of things,” he says. “You’ll notice, in this series, there’s not one headband.”

Listen to the entire conversation in the latest episode of the NOW What podcast, available on Apple Podcasts or Spotify or playable directly below:

NOW What is a twice-weekly podcast that explores the ways Torontonians are coping with life in the time of coronavirus. New episodes are available Tuesdays and Fridays.

A life-long Torontonian, Norman became the senior film writer for NOW in early 2008. Previously he had reviewed films for Metro newspapers across Canada and covered every video format imaginable (yes, even Beta).

How a Hindu concept became a common internet feature