Feminism: A great wave that threatens romantic relationships: The Standard

In the realm of those, who question the workings of systems’ that shape how people behave and operate in a society, the topic of feminism and gender equality is never out of taste.

For most who look at the issue of feminism, it’s a battle of men on one side and women on the other.
For many men, feminists are a band of extremists, shaking an already stable system that earns them ‘privileges’ and is also geared to serve women. However, the most contentious part of the war waged by feminists is their threat to the family-the smallest unit of human administration that men have been in charge of for the most part of human history.
For the feminists, the system which they call patriarchy, serves men better and is against them reaching their full potential as people. It is this system, they want to bring down and according to Scheaffer Okore, a Kenyan feminist, “feminism is total dismantling of patriarchal power- a power that holds men and masculinity as supreme overall.”

When Scheaffer was a little girl, the society demanded she be invisible and live a silent life. “Patriarchy gives men unending permissions with very little accountability. Feminism is thus a must in order for women to be free,” said the vocal activist in a past interview with the Standard.
What is shocking in the rally for feminism and defence for patriarchy is that none of the two camps know that both can come out as winner if they only sit down and make it work for both of them.
In the late 19th century when the word feminism was first used in the English Language, women started demanding civil and legal rights of suffrage, getting a job, owning land and the likes.
In the second wave of the 1960s and the later third wave of feminism, the fight evolved to problems specific to women in their reproductive and social roles. Such rights included access to birth control, abortion and men’s role in child care and domestic labour.
Feminism was not a one-time pill to solve all the gender inequality issues but a seed seriously planted in the 60s to slowly grow by changing attitudes and laws that will finally see women as people. Even today, gender rights continue to blossom.
However, it is in homes where men live with their wives and girlfriends far from the office halls and judicial buildings that feminism, a word that had already carried a negative meaning for almost a century has seen the greatest opposition.
American feminist Estelle Freedman once argued that, “right from its origins, the word(feminism) has carried negative connotations.”
The biggest opponents of the idea, both men and women, see feminism as an enemy to romance. It is here where the woman is closest to the man and man to the woman that the idea develops great controversy and opposition.
For both men and women shaking the gender roles which have been norms for eons has proved to lead to confusion, reduced attraction and conflict where men are asked to “act like a man or “stop being a woman” and women shunned for “behaving like a man or asked to “act more like a woman”.
For both genders, dealing with these diverse and novel changes is still something none is used to or has fully come around to accept. Brought up in families where the man was mostly the provider and the idea that has been reinforced by our social-cultural experiences, it becomes difficult for men to take up any other role and think about sharing the wheel in the captain’s bridge. 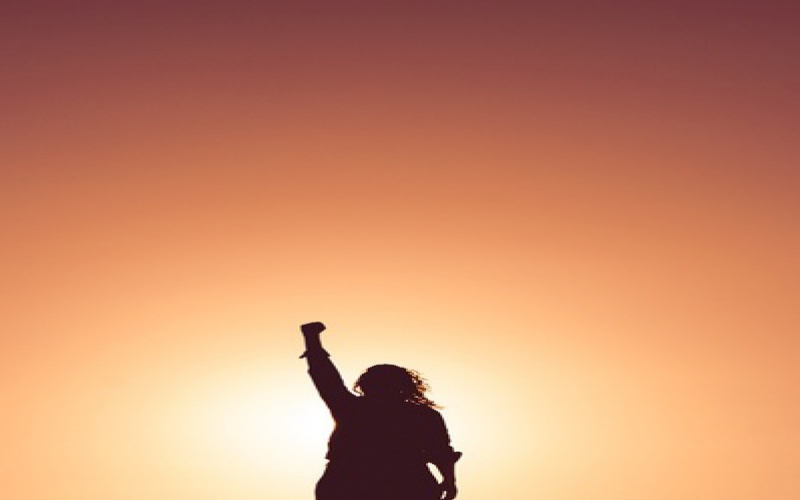 However, researchers from Rutgers University in the US published a research that showed contrary evidence that the idea of feminism is not incompatible with romance and actually improves the quality of heterosexual relationships.
Contrary to the research, sentiments on social media by millennials in Kenya have shown increased conflicts in household labour when it comes to cooking, cleaning and paying the bill. Many young women asking for equality in the chores but maintain the status quo on of paying the bills which was traditionally slotted for the man.
However, data for heterosexual relationships in the country show that it is still widely accepted that men are the head of most relationships.
Culturally, except of few societies like the ancient Egyptians, men were always superior to women in matters of leadership, moral authority and control of property. As societies evolved through the industrial revolution, post war era and in the globalization period, women rights and emancipation became most nations’ priority.
In less than a century the seed planted by the feminist movement of the 60s, has sprouted beautifully and the result can be seen by how women can now own property, can get equal pay, serve in the military, initiate divorce proceedings and more. However, the tree has come with sharp thorns that increase the conflict between the society of the past where men were in charge and that of the present and the future where women are growing to be equals.
Patriarchy as women knew it in the 60s has completely evolved. In Kenya, different ethnic cultures which were mostly patriarchal, greatly influenced the social relations between men and women. As the country entered into a self-governing democratic and capitalistic state, the law which had loopholes on the rights of women slowly sealed some of those holes in an effort to ensure women play on the same level ground as their gender counterparts.
Although women continue suffering gender-based violence, harmful cultural practices and attitudes, the system through the law is perpetually improving to address them. What is left are the attitudes of people to change; something that according to history takes place after a new generation plays by the rules and has little influences from cultural biases on gender.
Like many anthropologists suggest, with the beginning of agriculture about 12,000 years ago, women’s bargaining power reduced as they weren’t able to compete with men when working on the fields to plough. This resorted to them working in and around the home later cementing a culture where women had their place back at home.
As gender-role changes continue spreading their roots into the 21st century, its friction can be felt everywhere from both men and women opposing the new changes even as feminists continue fanning the new flame of women emancipation.
Men who had socially evolved to be in charge will now have to get used not being in charge while women who were used to be taken care of and protected by men, might need to stand up for themselves. This may not be pervasive in the present but no one is blind to fact that the power struggles between the two genders is definitely coming in the future.
As women rise out of this coded place of working at home and scrapping off a culture practiced by our ancestors for thousands of years, intense friction between the two genders threatens to burn relationships between men and women along the way.
Maybe after the fire subsides, a new society will rise from the ashes with men and women having different roles and completely different relationships.

Movies With Twist Endings on Netflix

Digitally Transform Yourself Like Your Life Depends On It