Five Graphic Gift Books For Your Creative Favorites: Or even for your own holiday-besieged self, right? Potentially? – Arts


Screens are the default by now, of course. Which makes books more of a special thing, just on the surface.

And if what’s within that book – the content, as the money-crunchers like to call it – if the content is wonderful, too, then that book is more than just another amalgam of dead screenshots on paper. That book becomes a thing worth keeping, a cultural artifact that pretty much defines the parameters of “thoughtful gift.” So it’s good to keep such books in mind during times of holiday-based generosity, n’est-ce pas?

Snatching Conceit From Jaws of Victory

We wouldn’t fuck around with your wallet, reader. We wouldn’t suggest books that no one’s going to read or even want. And we wouldn’t foist how-to-get-them links on you without providing helpful descriptions. Which is why we’re glad to bring this list of five to you right now, before Santa starts getting those reindeer into their bondage gear. 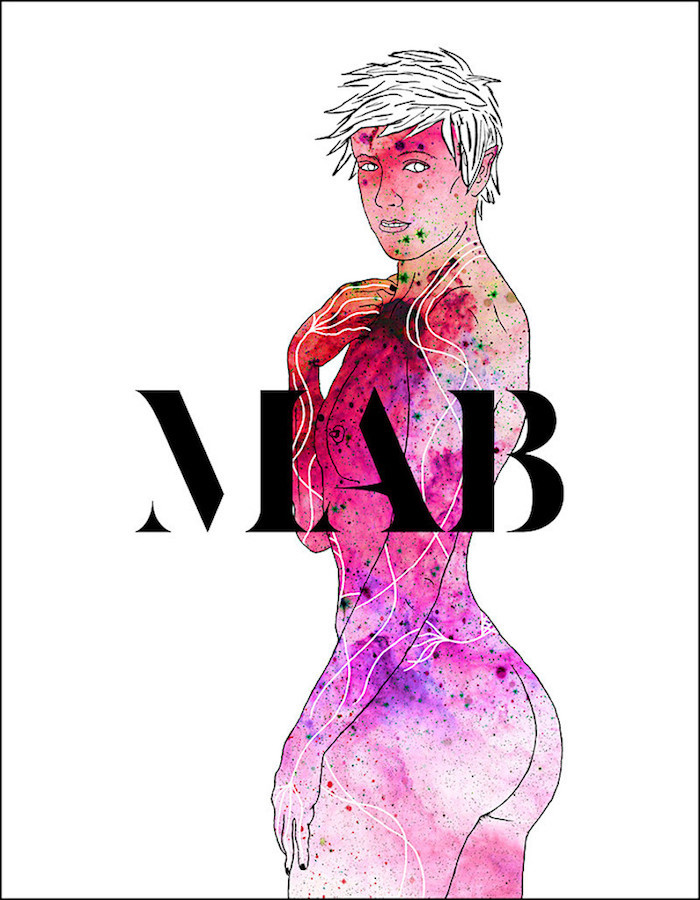 1) MAB When Austin-based designer Jon Windham gets to feeling sequestered by plaguetime social distancing and shelter-at-home maneuvers, he turns to art. No, actually, that’s too general a statement: Windham, the talent behind those compelling graphics for Jennifer Sherburn’s 11:11 and other projects, the man who created gorgeous covers for Big Medium’s EAST and WEST tour catalogs back in the day, he probably turns to a lot of different things when he’s feeling that way. Because we’re all so damned multivalent a species, aren’t we? But here’s evidence of what stunning work happens in those circumstances when Windham ventures beyond his usual gambits of design to grapple with hand-drawn artistry and personal resonance: A narrative sequence of llustrations of Mercutio’s Queen Mab speech from Shakespeare’s Romeo and Juliet, now “all twisted back on itself and collected into a little self-published book.” A visual monograph, that is, in a limited edition. A vivid and feminist-inflected fantasy, rich with details, rampant with erotic escapades, redolent of as much readerly scholarship as drawing skill and effort. It’s precisely the sort of thing that you want in your library if you already have a copy of Alan Moore and Melinda Gebbie’s Lost Girls, we’d say; and what you need in your library if you don’t. Bonus: You can view the whole freaky, heartfelt, lovely, x-rated thing via Issuu first, por nada, before deciding whether to buy one of the few remaining paper copies available. 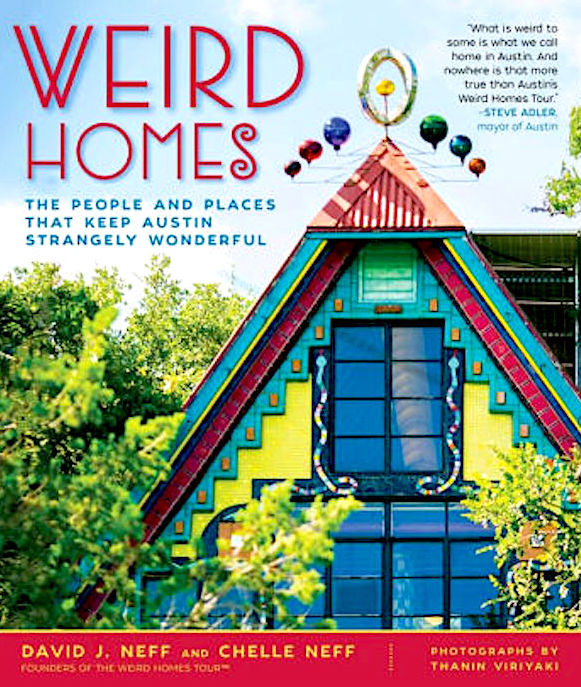 2) WEIRD HOMES David and Chelle Neff’s Weird Homes Tour started in Austin in 2014, soon expanded to include other cities, and more recently teamed up with internet powerhouse Atlas Obscura to bring a curated array of vivid residential oddities via video and livestream to a screenbound public. If you go on an in-person tour with them (as we’ll be doing again, post-’ronas, we’re sure), you’ll be introduced to the weirdest, funkiest places that people have built for themselves to live in (or have intricately, idiosyncratically embellished to render the places what they’d call liveable). If you watch the Weird Homes video collection, or catch a livestreamed tour on Twitch or wherever, you’ll get a decent virtual taste of that same experience. But what we’re talking about right now is this coffeetable book of theirs that features a bright, copiously photographed collection of looks inside and outside some of the weirdest homes that exist in the city of Austin, Texas. You probably know about some of these places if you live here. You may even drive by them sometimes, thinking, “What’s up with that? And what does it looks like … on the inside?” Citizen, now’s your chance to find out. And to let all your friends see, too – as soon as we start having visitors over again, right? 3) PAUL AT HOME Sometimes – and, we’d insist, especially when we’re in the midst of a pandemic – because it’s been almost nine months, now, and by this point we’re all old plaguetime hands, a staggered generation of soldiers seasoned with wisdom and personal insight after a long and stultifying war, even the youngest among us intricately weathered by the situation, even the dewiest cheeks a mere cover for the Really Deep Thoughts wrought by good old COVID-19 and our civilization’s varied responses to it – sometimes, we say, you want a book that’s so suffused with remorse and longing and quotidian misery, even though shot through with all the humor and small mercies that can invade even a forlorn life … sometimes you want to immerse yourself in a book like that. Even better if it’s a deftly drawn graphic novel about a middle-aged schlub of a cartooonist living in French-speaking Quebec, a lonely man who’s still wrestling with the aftermath of his years-ago divorce and now also concerned with his elderly mother’s failing health, not to mention the soul-numbing prospects of online dating and WTF does his ancient, garden-obsessed neighbor with the manicured paradise of vegetables want from him now? Michel Rabagliati, creator of the longrunning series of novels about his grouchy alter-ego Paul – a series so successful in and enmeshed with his Canadian province that the artist’s had a solo show at Quebec’s Fine Art Museum and one of those novels was made into a feature film – has published the latest of his Paul series via the always excellent Drawn & Quarterly. This one, set in 2012, is “… the most autobiographical one by far,” he’s said, “and definitely the most depressing of the series.” The only thing more depressing, you ask us, is if you don’t snag a copy of your own, treat yourself to a brilliantly captured view of one man’s mundane life and his persistence therein. See if its all-too-human situations don’t spark a bit of recognition. See if maybe it’s a welcome, time-anchoring night heron alongside your own river of consciousness. 4) BAD ISLAND Not a lot of wordless graphic novels out there, but the ones that are, are cherce. (Sorry, Strunk & White, of course we meant choice.) You know: The oldschool works of Lynd Ward, say, or Frans Masereel and others – we’ve yapped about those, or about other people’s writing about them. And of course there’s newer wonderworks by Rebecca Dart and Eric Drooker and Jim Woodring and more. But, since we’re all ’bout the bang pow now like Pandastrong of yore, here’s the newest one we can recommend for your sequential-art-loving peepers. Would you believe it’s by longtime Radiohead collaborator Stanley Donwood? Yes, and this sharp hardback of a tome from W.W. Norton is about the end of the world. Well, to be more precise, the book’s collection of Donwood’s black-and-white linocut prints – simple, bold patterns functioning as concise reductions of reality toward iconic power – is also about the beginning and transformative middle of a world that, ultimately, creates its own end: Full-on destruction. Bad Island depicts a reality not so unlike our own, in other words, where even this stark cautionary tale will go unheeded. But, hell, we’ve got at least a few more decades before everything turns to human-incompatible shit, probably, so why not enjoy ownership of this fine dark work while you can? 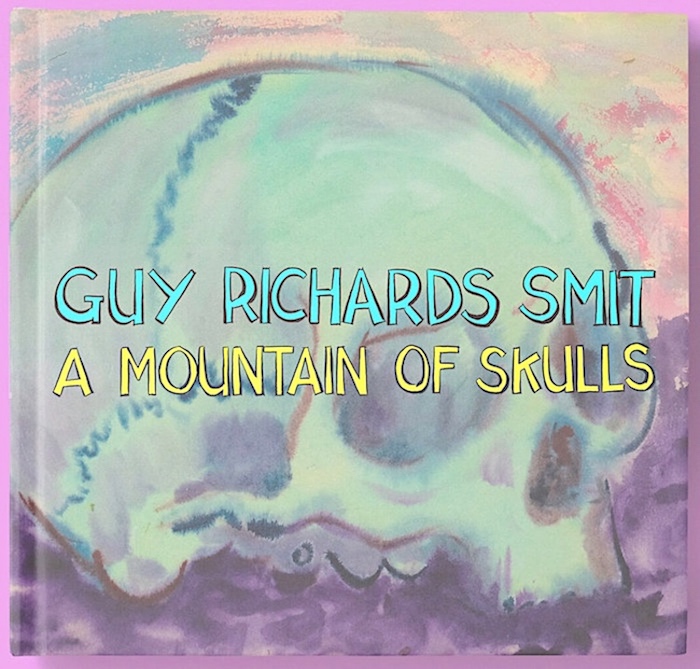 5) A MOUNTAIN OF SKULLS Here’s a coffeetable book that will appeal to your highbrow art-scene associates almost as much as it will titillate the visual taste-receptors of your stoner pallies who enjoy massive bong hits between Call of Duty skirmishes. (And, of course, to those who are both.) Guy Richards Smit – painter, video artist, performer, musician, and NYC bon vivant – has been rendering images of skulls in watercolor and gouache since 2015, and now here’s the clothbound, full-color, Jenny Miles-designed volume that collects ’em all. Skull after skull after skull, in dazzling profusion – about, oh, 200 of them – not realistic so much as nigh on Fauvist in their painterly manifestation, each labeled with a title that simultaneously provides arch commentary on modern life and drives home the inevitability (and the universality) of death. (Sometimes, almost embarrassingly for a reviewing journo, the accompanying PR text of a thing will be so accurate and beautifully wrought that one must STFU and let it speak for what’s being promoted: “Overall,” says Trela Media’s dispatch heralding the new Smit tome, “this lumbering death march of wise-cracking memento mori demands that their vibrant and colorful humanity be acknowledged.” Yes. Yes. Yes. This is a bright tribute to everybody’s favorite box of bone behind the face, friend, and yes.

Review: Catching Up to ‘The Expanse,’ the Space Opera You Love