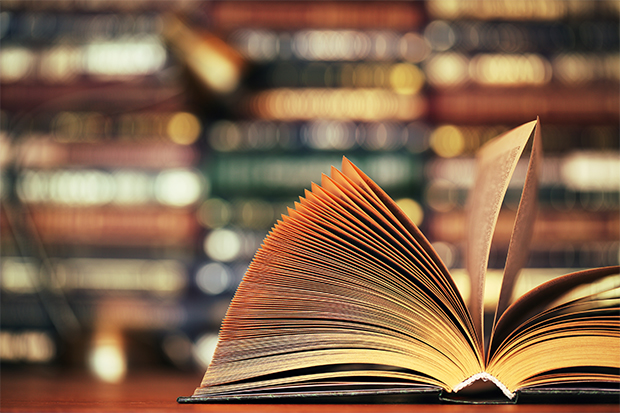 In the run-up to the presidential election, BrandeisNOW asked faculty to provide analysis and insight. Here, three professors of literature each select an apt book to read for this moment in history. 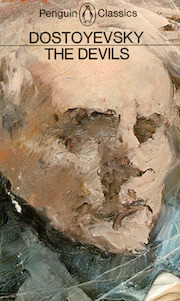 “The Devils” has been increasingly drumming in my head during this time when issues of race, social justice, climate and the livelihoods of millions are at the forefront of our minds — and all during a dire global pandemic with a massive and climbing death toll from COVID-19  that has even infected the president.

As Octavio Paz observed, “Dostoevsky is our great contemporary,” and this particularly terrifying novel hammers at the theme that such crises as we are immersed in are, above all, caused by the failures of one generation toward the next.

“The Devils” is a novel that can engender in readers an almost unbearable anxiety. Most of the major characters are dead by the end and characters who are basically sympathetic are responsible for failures of judgment and courage that contribute directly to what transpires.

Is there any way to progress, to break out of this painfully binding paradigm?

“The Devils” seems to argue, with despair, that the answer is no.

In “Crime and Punishment,” Dostoevsky was more optimistic. That novel portrays with nearly equal force the darkness and violence of “The Devils” but also contains powerful representations of forgiveness, and, through the formation of new ties of love and brotherhood, a way to move forward in a perilous world.

Our own country is at a tipping point.

Dostoevsky makes for powerful reading right now. In the words of another writer, Dostoevsky “moves forward with us as the sense of our own danger changes.”

Miller is a professor of Russian and comparative literature and the Edytha Macy Gross Professor of Humanities. 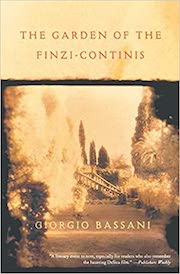 Professor John Plotz: “The Garden of the Finzi-Continis” by Giorgio Bassani

The plot of this masterpiece is simple and terrible: As 1930’s fascist Italy grows increasingly anti-Semitic, the amity between Jews and their non-Jewish neighbors in the sleepy city of Ferrara gradually disappears.

The wealthy Jewish  Finzi-Contini’s tennis court becomes a replacement for Ferrara’s tennis club; their “exquisite private library of 20,000 volumes” becomes a refuge for the young Jewish narrator when the public library gentilizes.

Like frogs in a pot that’s gradually coming to a boil, Ferrara’s Jews try to accommodate themselves and pretend nothing is happening.

Can it be possible they’re unaware? On some level, they certainly know. Bassani sets his novel’s prologue among decaying Etruscan tombs.

His point is clear: Gardens can become graves especially if you ignore what’s going on outside their walls.

Does all this sound familiar as the most important election of our lifetime looms? I want to say the two situations are dissimilar: I love my Brandeis garden!

But I recognize the Etruscan tombs at the novel’s beginning as an apt symbol of our own age.

In 2020, we too are facing a political disaster that threatens to overwhelm our world, with all its virtues and beauties. I am hopeful that, unlike Bassani’s characters, we can lift our heads out of our gardens and look around us.

Plotz is the Barbara Mandel Professor of the Humanities. He is co-host of the podcast, Recall This Book. 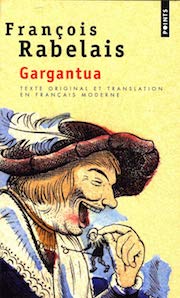 Rabelais depicts a world full of over-the-top characters who may have some relevance in our world today, a time also filled with odd and extravagant characters.

In “Gargantua,” Rabelais describes how a king given to fits of anger, aptly called Picrochole (or Pick a Fit), makes war on his erstwhile friend Grandgousier for the slimmest of reasons.

Grandgouiser’s message is lost on Picrochole and his advisors who begin to attack one another until none are left. In the end, only Grandgousier is left standing.

This story has many lessons. First it shows how an ireful leader is dangerous to himself and all those around him. Perhaps most importantly, it shows what happens when self-interest replaces common interest — the entire social fabric is ripped apart as each individual exercises his or her own will without regard for society as a whole. Once that happens, uncontrolled individual desire leads inevitably to societal disintegration.

Rabelais’s lessons can only be ignored at our own peril. As self-interest becomes the fulcrum around which we understand our society, we can only fear for our children’s future since we risk ending up looking all too like the world represented by Rabelais in Gargantua.

Individual will is essential in a democracy, but so is our responsibility to recognize the common good. It is why we as citizens choose to give up some of our individual freedoms. We do it for the good of the community.

Randall is a professor of French and comparative literature.

Book Review | Mikko Vienonen, who belongs to the group of literary journalists, sympathetically describes the dreams of youth – Pledge Times

Book Review | Mikko Vienonen, who belongs to the group of literary journalists, sympathetically describes the dreams of youth – Pledge Times