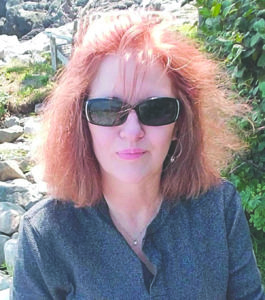 Kathleen Yasas of MSP International, a company located in Port Washington for more than two decades, recently published a novel called “I Did It For Alice,” a murder mystery set in upstate New York.

The novel, she says, is about flawed people “like us all.” Kelly Quinn, a failed math genius turned private investigator; his eccentric mother; long-ago schoolmates, successful in name only and someone out for revenge. Quinn is drawn into a case in which those hometown schoolmates—scattered across the country decades later are dying. When Quinn receives a phone call from old flame Dinah Pelling, he agrees to take on the investigation, which sends him and Pelling on a search to discover if the deaths are by suicide, accident or murder.

“I’m a fan of the old 1930s and 40s Thin Man movies, based on Dashiell Hammett’s book “The Thin Man,” Yasas said. “What I liked about ‘The Thin Man’ was there was no blood and gore, just good old-fashioned detective work, with some fun bantering between the protagonists, Nick and Nora Charles, who were wealthy socialites always on someone’s trail. I wrote ‘I Did It For Alice’ in that spirit, with crime and suspense, leisure-class lifestyles, offbeat humor and just a bit of flirtatious true love.”

“We’ve all been through so much this past year,” she added. “I wanted to write a book that doesn’t drag people down into a deeper hole. I wanted a fun mystery and I think I accomplished that.”

Yasas has been a professional writer and editor throughout her career, first as a newspaper reporter in Northeast Arkansas, later as a promotional writer and editorial director in New York City and ultimately as president of the medical publishing and meeting management company MSP International, until 2010 located on Main Street next door to Louie’s Restaurant. In late 2010 MSP relocated to upstate New York when her business partner, Michael Fried of Port Washington, retired.

Along with other books she’s written, both fiction and nonfiction, Yasas has had articles featured in a supplement to the New York Times, in Working Woman and Self magazines, and has worked as a newspaper columnist. She currently is president of the nonprofit Save The Sherburne Inn Restoration Project and is also a blogger at The Squeaky Pen. Yasas once served as editor of The Mainsail, the newsletter of The Port Washington Yacht Club. 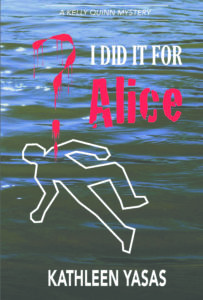 “Back in 2011, I wrote a book called ‘Delta Dead,’” she said, “Based on a local murder while I was a reporter in Arkansas. Delta Dead is a thriller and is decidedly less…user friendly, shall we say. Lots of blood and gore. I Did It For Alice isn’t that type of story. Certainly suspenseful, but on the lighter side.”

I Did It For Alice, an Elixir Press Fiction Award semi-finalist, is on sale at The Squeaky Pen, the-squeaky-pen.blogspot.com. Yasas is currently working on the next installment in the Kelly Quinn mysteries, Murder on Cricket Lake.