Gail Jones: Australian literature is chronically underfunded — here’s how to help it flourish

(MENAFN – The Conversation) This is an edited version of author Gail Jones’ submission to the parliamentary inquiry into the creative industries .

Literary culture carries profound social value. In general terms it is essential to employment, cultural literacy and understanding of community, as well as to Australia’s post-pandemic recovery and growth. It is also radically underfunded and in urgent need of new support.

I am particularly concerned with the low level of investment in literature through state and federal funding agencies compared with other art forms .

Literature is a mainstay of the creative and cultural industries, which contributed $63.5 billion to the Australian economy in 2016-17. Creative arts employ 645,000 Australians and those numbers were increasing before the pandemic. Literature operates in the economy in many and complicated ways, since writers are ‘primary producers’ of creative content.

Books form an often invisible bedrock of robust resources for the wider economy. They provide creative content in areas such as film, television, theatre and opera; moreover they contribute fundamentally to the educational sector, to libraries, events and what might be called our forms of cultural conversation. 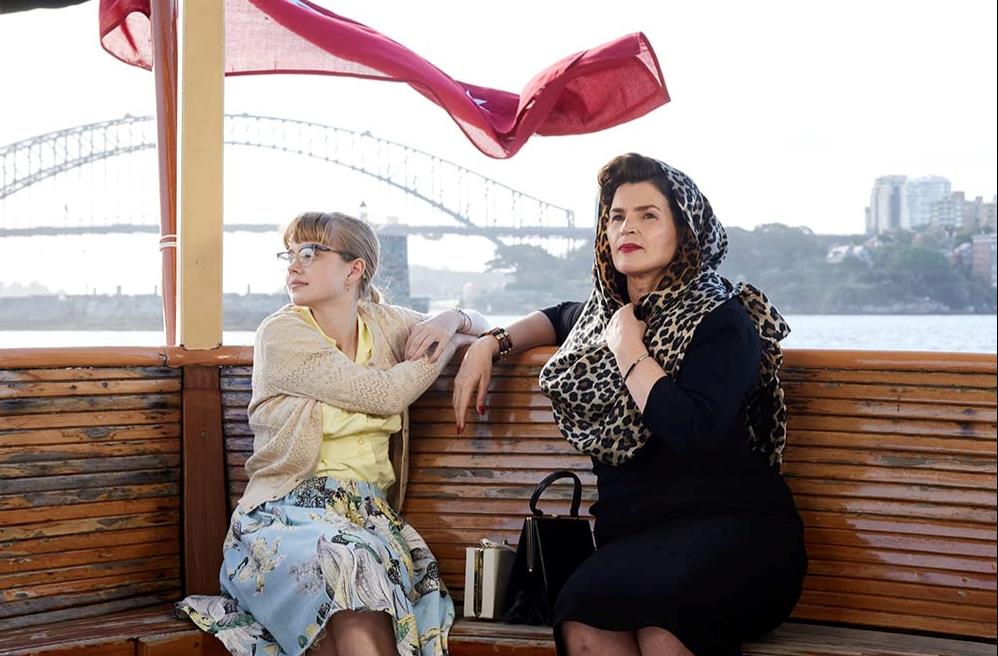 Julia Ormond and Angourie Rice in Ladies in Black, a 2018 film based on the novel by Australian author Madeleine St John. Lumila Films, Ladies in Black SPV, Screen Australia

The most conspicuous areas of economic benefit and employment are libraries, universities, schools, festivals, bookshops and publishing.

Indirect benefits, such as to tourism and cross-cultural understanding, are often overlooked in reference to the economic benefits of literature. Our books carry implicit, prestigious reference to a national culture and place; they attract interest, visitors and students and arguably establish a presence of ideas above and beyond more direct mechanisms of cultural exchange.

Cross-cultural exchange and understanding are crucial to the literary industries and of inestimable benefit in ‘recommending’ Australia and its stories.

However, writers’ incomes are disastrously low, $12,900 on average ; and COVID-19 has eliminated other forms of supplementary income. It has always been difficult to live as a writer in Australia (which is why most of us have ‘day jobs’) and it is clear writers are disproportionately disadvantaged. Although essential to the economic benefits of a healthy arts sector overall, writers are less supported by our institutions and infrastructure.

Total literature funding at the Australia Council has decreased by 44% over the past six years from $9 million in 2013-14 to $5.1 million in 2018-19. The abolition of specific literature programs such as Get Reading , Books Alive and the Book Council has been responsible for much of this decrease. 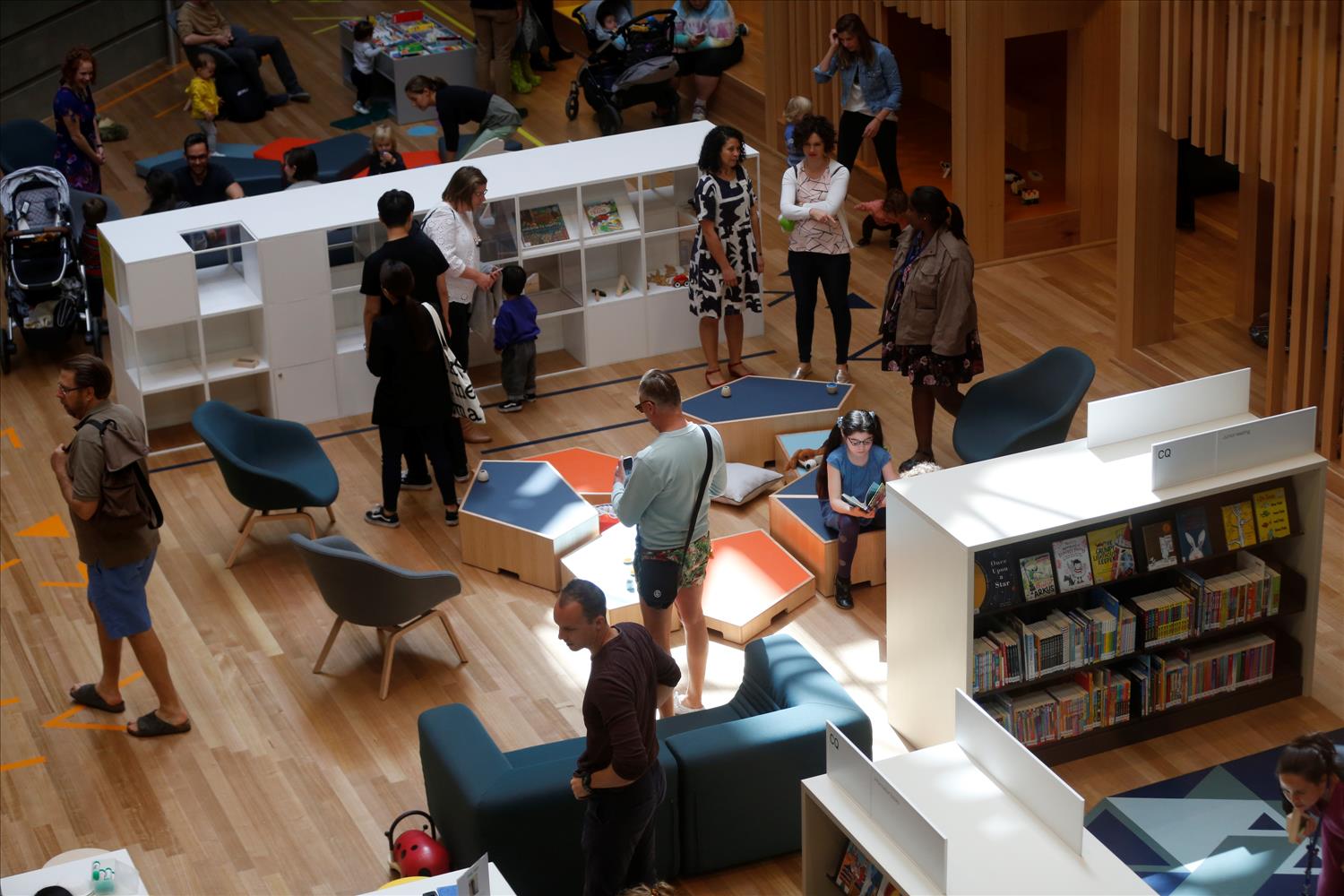 The literary culture in Australia is chronically underfunded, but its benefits are persistent, precious and immense. ‘Social well-being’ requires social literacy, a sense of connection to one’s history, community and self: these are generated and nourished through narrative, conversation and reflection.

The literary arts create a sense of pride, community and solidarity. A single library in a country town can offer astonishing opportunities of learning and self-knowledge: how do we calculate value like this?

As someone who grew up in remote and regional areas, I’m aware of how crucial libraries and book culture are to a sense of connection with the nation. Moreover, reading is an indicator of mental health, especially among young people. 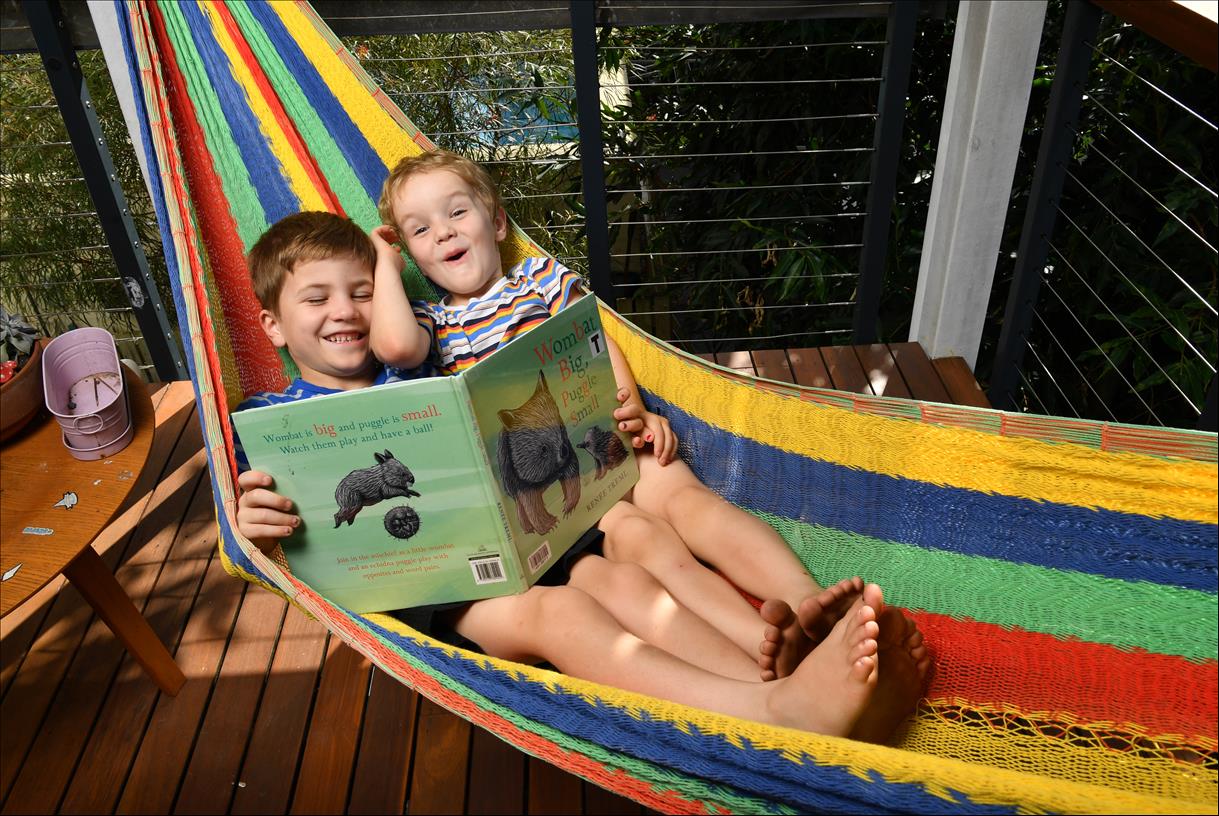 Brothers Douglas and Dare Strout read a school book together while home schooling in Brisbane in April. Darren England/AAP

‘National identity’ also requires reflexive literacy: social understanding and agency derive from reading and writing; a nation that neglects its literary culture risks losing the skills that contribute to creative thinking in other areas — including in industry and innovative manufacturing. Local reading and writing initiatives have had remarkable success in areas like Aboriginal literacy and aged care mental support.

More Australians are reading, writing and attending festival events than ever before. Reading is the second most popular way Australians engage with arts and culture.

Writers’ festivals are flourishing and attendances growing. Libraries remain crucial to our urban and regional communities. It is no overstatement to claim that literature has shaped and reflected our complex national identity.

The formulation of a Creative Economy Taskforce by Arts Minister Paul Fletcher is a positive step in establishing better understanding of this crucial economy. I would draw attention, however, to the lack of literary expertise on the taskforce. The appointment of a publisher or a high-profile Indigenous writer, for example, would give more diversity to the collective voice of our literary community.

The additional appointment of an academic concerned with Australian literature, such as the current director of the Association for the Study of Australian Literature , would further enhance the claims of literature.

The education sector will have a role in implementing creative arts initiatives. There has been a deplorable lack of support for Australian literature within the academy.

Under the current wish to renovate the jobs sector through the creative arts there is an opportunity to direct dedicated funds within the education budget to establishing a Chair of Australian Literature in each university (or at least in the Group of Eight). 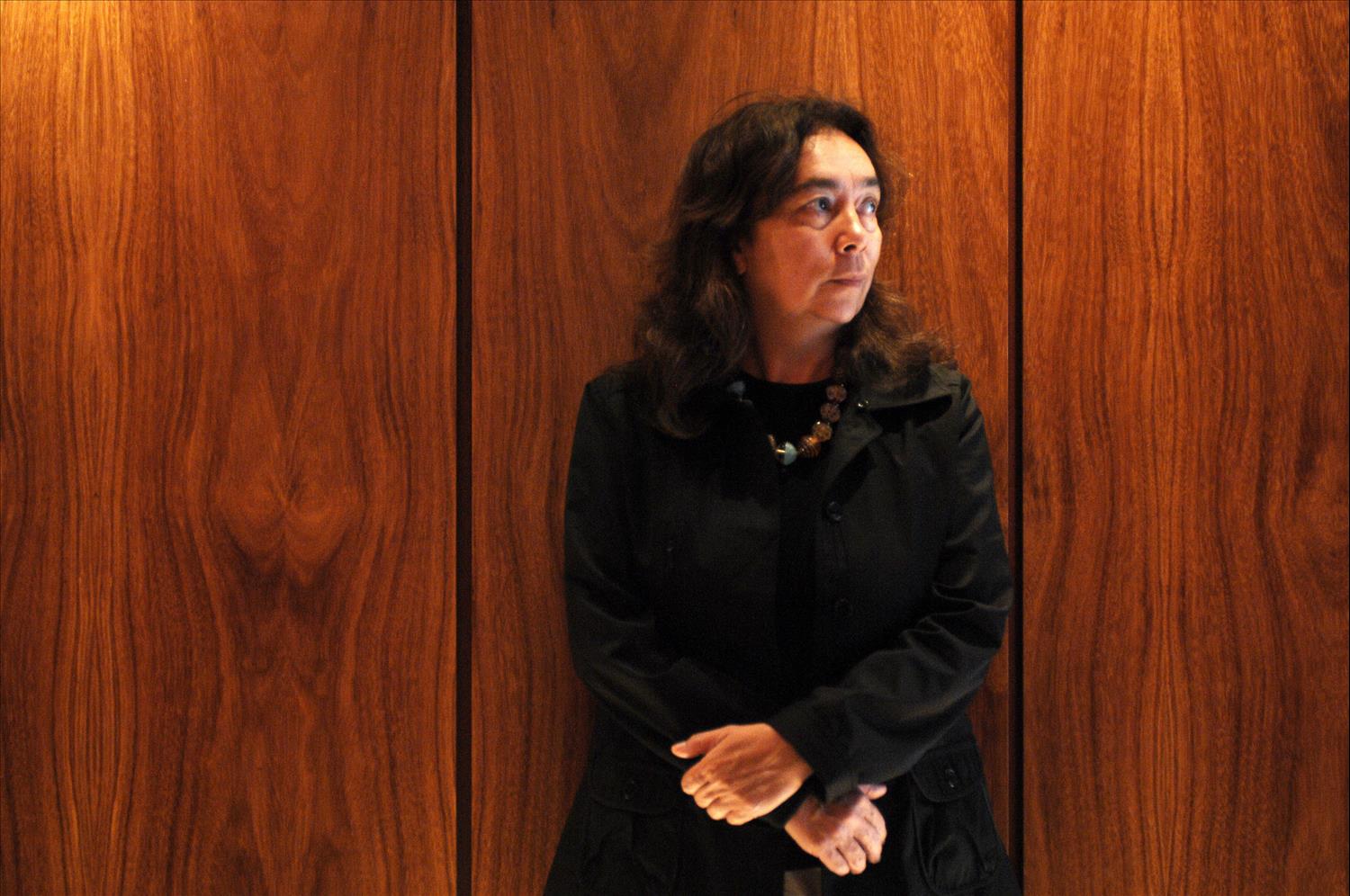 Alexis Wright, pictured here in 2007 after winning the Miles Franklin award, is the Boisbouvier Chair of Australian Literature at Melbourne University. Dean Lewins/AAP

For a comparatively small outlay in budget terms, such a move would signal direct support for Australian reading, writing and research and would be widely celebrated in the education and library sectors.

It is embarrassing to discover that some European universities (in my experience Belgium, Germany and Italy, in particular) study more Australian literature than is offered in our own nation.

The case for increased Australia Council funding in the neglected area of literature has already been made. Writers’ incomes are, as attested, direly low and I worry in particular about diminishing funding for new and emerging writers.

An injection of funds into the literature sector of the Australia Council is another efficient and speedy way in which to signal understanding of the fundamental role of literature to our cultural enterprises and economic growth.

Cuts to publishing, festivals, journals, individual writers’ grants and programs generally, have had a disastrous effect on the incomes and opportunities for writers in this nation. Notwithstanding a few highly publicised commercial successes, most writers truly struggle to make ends meet. The ‘trickle down effects’ — from a sustaining grant, say, to a literary journal — have direct economic benefits to writers and therefore to the wider economy.

Most writers’ work is not recognised as a ‘job’; if it were, if there were a definition of ‘writer’ as a category of honourable labour (such as it is, for example, in Germany and France), writers would be eligible for Jobmaker and Jobseeker benefits.

This may be blue-sky thinking, but I look forward to a future in which forms of precarious labour, like writing, are recognised and honoured as legitimate jobs.

Another area that may work well with literature is foreign aid. The government of Canada, for example, donates entire libraries of Canadian literature as part of its aid program. (I’ve seen one installed on the campus of the University of New Delhi.) 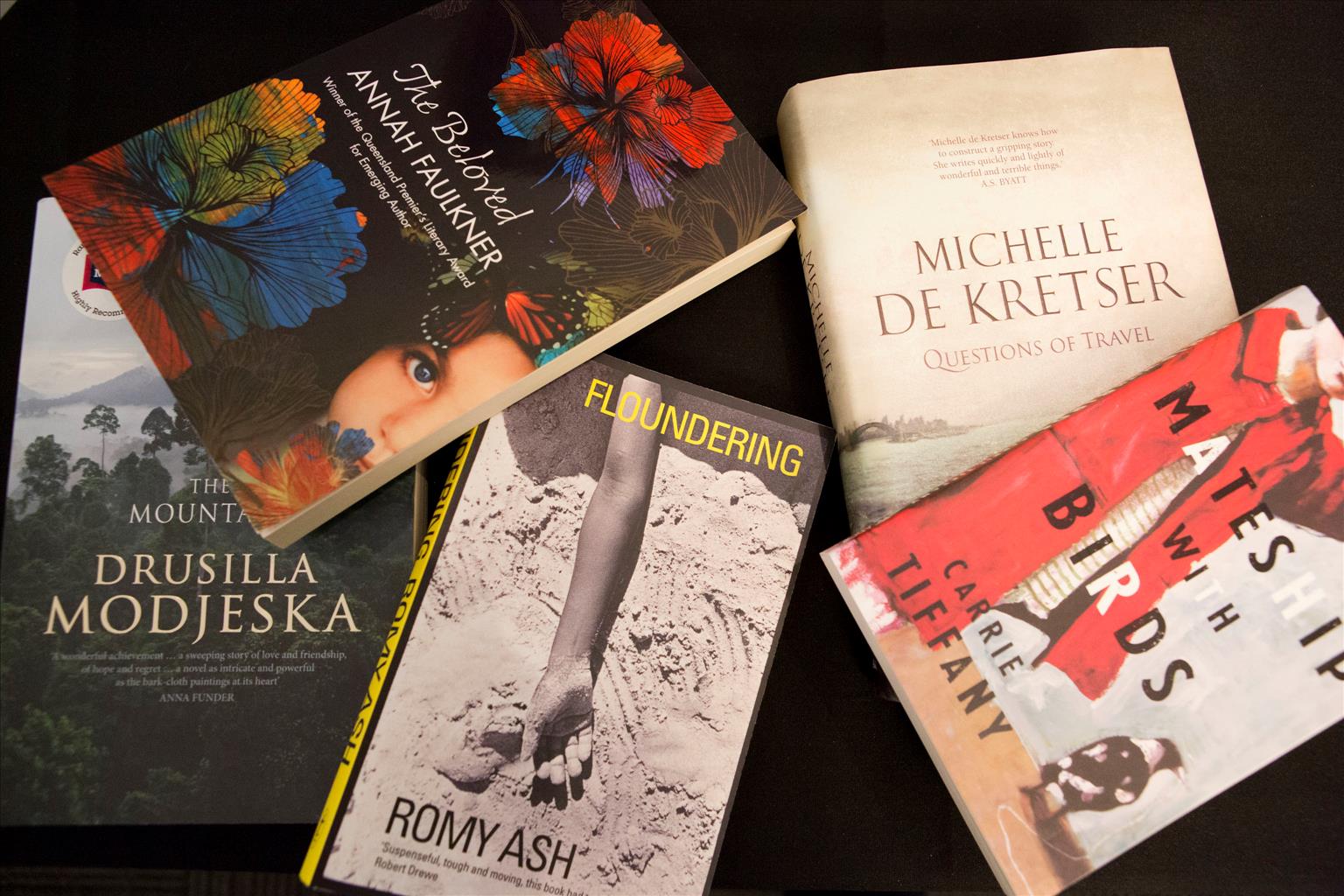 What about gifting libraries of Australian books as part of our aid program? Hamilton Churton/PR Handout

This works as a stimulus to the host economy (benefiting publishers and writers) and also the receiving community, for whom access to books and education may be difficult. It also encourages study of the host culture’s writings and has benevolent ‘soft power’ effects of inestimable worth.

The government has indicated physical infrastructure (buildings and so on) will be necessary to the renovation of the domestic economy post-COVID. This is a wonderful opportunity to consider funding ‘literature houses’, purpose-built sites for readings, writer accommodation for local and overseas residencies, places for book-launches, discussion and the general support of literature.

The Literaturhaus system in Germany, in which all major cities have funded buildings for writer events , and in which, crucially, writers are paid for readings and appearances, is a wonderful success and helps writers’ incomes enormously.

The inclusion of Indigenous, regional, rural and community organisations in proposals for ‘literature houses’ would stimulate local building economies and generate community recognition of Australian literature.

The Regional Australia Institute considers creative arts as a potentially productive area of regional economies. However its 2016 map of Australia has a tiny space allocated to creative industries (situated around Alice Springs and linked to the Indigenous art industry). This strikes me as a radical imbalance and a missed opportunity.

A priority for this inquiry could be support for initiatives in literature, perhaps through existing library or schools infrastructure, to address creatively matters of both rural innovation and disadvantage.

Encouraging workshops in writing, including visiting writers, addressing reading and writing as a creative enterprise for the community as a whole: these could form the basis for an enlivening cultural participation and skills. Dedicated funds in literature for regional, remote and rural communities are urgently required.

Literature, in all its forms, is crucial to our nation — to the imaginations of our children, to the mental health and development of our adolescents, to the adult multicultural community more generally — in affirming identity, purpose and meaning.

The mighty Fraser gets its literary due – Hope Standard