History of Duwamish River, its people, explored in new book ‘The River That Made Seattle’

The city of Seattle was born from the banks of the Duwamish River, writes BJ Cummings in a new book — but the river’s story, and that of its people, has not fully been told. 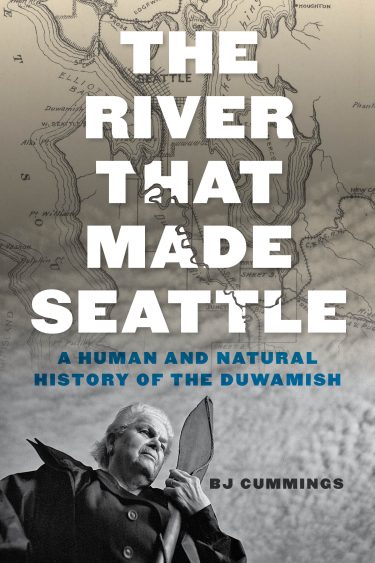 Cummings, community engagement manager for the Superfund Research Program at the UW, seeks to remedy that with her book “The River That Made Seattle: A Human and Natural History of the Duwamish,” published in July by UW Press.

“The city of Seattle grew from the rich resources of the river’s tide flats, from the monumental feats of its early industrial barons, and from the persistence of generations of Native and immigrant residents,” Cummings writes. “But this growth came at a high cost.”

Cummings knows the topic well, having founded the Duwamish River Cleanup Coalition and served also as director of Sustainable Seattle. UW Notebook caught up with Cummings for a few questions about the book and the future of the Duwamish.

Why did you write this book about the Duwamish, and what is its audience?

BJ Cummings: I have always been drawn to rivers, and to the struggle for human rights. I wrote my one other book (Dam the Rivers, Damn the People) 30 years ago, about native, environmental, religious and scientists’ resistance to building a complex of 80 dams on the tributaries of the Amazon River.

Several years after that, it became clear to me that I needed to figure out where my own home was and focus my attention there, so I could be a part of trying to solve problems, not intervening or just reporting on those who were engaged in those struggles.

Online book events for “The River That Made Seattle”

Though I grew up in New York City, my family has been in the Puget Sound region since the 1800s, and I had bonded with this place as a child. So I landed in Seattle. I began working on the Duwamish River — Seattle’s hometown river — in 1994 and I’ve never looked back. This river, and its incredible people, stole my heart.

This book is a reflection not just on the river’s history, but on Seattle’s history, because they are joined at the hip. The Duwamish River and its people are largely invisible in the written histories of this city. But without knowing the history of the Duwamish, Seattle doesn’t know its own history, or its character. So the book’s audience is everyone who wants to understand who we, as Seattleites, are, and what the story of our city is, warts and all.

You write that despite advocating for the Duwamish for 25 years, you felt you “hardly knew the river at all.” What was the research like for this book? How long did it take and what were your main sources?

BJC: Doing the research for this book — learning the hidden stories of the river and its native and immigrant communities — was honestly the most fun and fascinating work I’ve done in my life. I went down so many rabbit holes, chasing so many personal and family stories, most of which never made it into this book. There’s just too much history to tell it all in a format anyone would read, but its enough to keep me busy for the rest of my life, even if I had the luxury of doing nothing else.

This is, at its core, the story of a place — ecologically, culturally, politically, etc. Learning all about it requires probing family stories, doing genealogical research, finding the long-lost newspaper stories of the early 1900s, and challenging the historical status quo.

Most of all, this book could not have been written without the many, many people I interviewed who shared their own personal and family histories. Without them, and their willingness and enthusiasm for rewriting history to include their own stories, this book would not exist.

You write that restoring the Duwamish presents an opportunity to “act in accordance with our values.” An eye-catching restoration that fails to protect river-dependent communities “will speak volumes about the classism and racism that underpin it.” Based on your study, what might be a path forward? 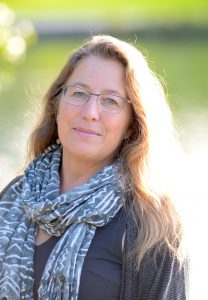 BJC: I think we need to begin with acknowledging not just what we’ve taken from this river, but who has been disenfranchised by those decisions. A cleanup of the Duwamish River must support both Seattle’s economic and social sustainability, and provide sufficient access, use and even reparations to those whose lives and livelihoods were taken from them so that those communities — both native and immigrant — can thrive again.

If we can agree on basic principles that center on equity and justice, then we can craft a cleanup and restoration of the river that strives to, and will ultimately, achieve those goals. If we don’t, then this river and its communities will continue to decline, the Superfund cleanup notwithstanding.

“As this book goes to print, government, industry and community representatives working to clean up the Duwamish River are struggling to find common ground,” you write. What will it take to find what you describe as “a new model of collaboration”?

BJC: Respect. A commitment to equity. A willingness to listen and relate to people whose needs are different from your own. The upheaval happening in this country today both scares me and gives me hope. As in making decisions about the future path of this country, the decisions about this cleanup are being made by people.

There is no predetermined outcome, and nothing is impossible. The future state of Seattle’s river is wholly a question of our values, and our commitment to see them reflected in how we treat the river and its people.

Speaking of this worldwide upheaval, with the world’s attention now on confronting longstanding injustices and inequity, how do issues of the Duwamish River, its people and restoration relate to this larger movement?

BJC: Standing Rock, BLM, other struggles of disenfranchised people saying “no more” to the powers that be. That’s the story of the Duwamish — the river, the Tribe, and the river valley’s diverse immigrant communities. The United States is a colonial nation built on stolen land and labor.

The story of the Duwamish is no different, except in that we have the opportunity and the power — within the microcosm of the Seattle/King County region — to make this an environmental and economic justice success story and a model for other struggles against injustice. We can only control what is within our sphere of influence, but those successes then spread and replicate themselves elsewhere. We benefit from the victories being achieved in these other movements, and, if we are lucky and determined, vice-versa.

Disney+: 10 Most Romantic Movies In The Library

As nominated by colleagues and peers, the essential workforce is full of ‘dedication and resolve’