The Printz Award announcement is just around the corner. In our final column of the season, Stacey Shapiro, a member of last year’s Printz committee, considers the books that could take this year’s award—and helped her get through 2020. 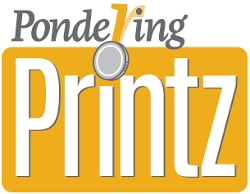 The ALA Youth Media Awards grow closer and closer. The Printz reception at last year’s ALA Annual meeting was virtual, and the upcoming awards announcement will look different as well. As part of the 2019 committee, it was terribly sad not being able to celebrate with the authors in person, but I’m so proud of the books we chose and I know the 2020 committee will feel the same way. This new reality does not diminish the books published this year and their ability to get us through one of the strangest years of our lives. These are the books that helped me through 2020 by reminding me why I love young adult literature. 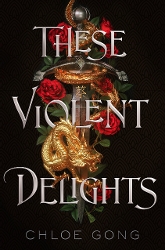 When the world is fighting off a plague with various levels of success, it almost feels hypocritical to recommend These Violent Delights by Chloe Gong—a book where 1920s-era Shanghai fights off an insect-born plague through grit, violence, and forbidden love—but maybe that’s exactly what we need right now. We need proof that someone does care, that we will make it through, and that our relationships are waiting for us on the other side. Readers will be drawn in by the tension between the Romeo and Juliet inspiration and hoping beyond hope that these lovers stay alive. It is a dark horse to be sure, but as we all know, the Printz committee can surprise us.

Stamped: Racism, Antiracism, and You, however, will come as no surprise to anyone. When the powerhouses of Dr. Ibram X. Kendi and Jason Reynolds collaborate, the result could only be a Printz-worthy “not a history book.” Although the committee can’t consider the audiobook in their award, listening to Reynolds narrate his writing pushes it even higher up my list this year. This text will get kids into reading history, because it’s written for them. Reynolds never talks down to the audience, while also teaching history better than any teacher I had in my K-12 education (sorry, Mr. Clegg). It should be a required history textbook in social studies classrooms. 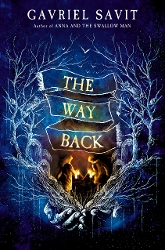 The Way Back by Gavriel Savit is a Neil Gaiman–esque tale of demons and two children struggling to figure out their place in the world. The demons are just out of sight in Yehuda Leib’s and Bluma’s town, but they must both make a hero’s journey into the cemetery in the Far Country where the demons reside. Along the way, the two learn to trust each other’s counsel and their own determination, even going so far as to challenge Death itself. It feels almost like a parable for the times and demonstrates that we can come back from much, much worse.

Although Ibi Zoboi has deserved a Printz before, Punching the Air may be the work that finally earns her the medal. In a collaboration with Yusef Salaam, one of the Exonerated Five, Zoboi tells the story of an incarcerated youth. Reminiscent of Walter Dean Meyers’s Printz winner Monster, whether or not he committed the crime is irrelevant—simply being arrested changes his life forever. Salaam’s own experience in jail for a crime he did not commit imbues this with realism that punches through every poem.

More and more children are reading graphic novels, and they deserve to be recognized for their literary contributions at the Printz awards. One of the best graphic novels of the year for young adults has to be The Magic Fish by Trung Le Nguyen. Nguyen shines in his debut graphic novel and breaks language barriers by explaining himself through fairy tales that he can share with his immigrant parents, while also telling a heartwarming coming out story in a time when LGBTQ rights are once again under attack. Writing and illustrating a whole graphic novel alone is a feat, and the story and art truly deserve a Printz honor.

Stacey Shapiro is the YA/Programming librarian at Cranford Public Library in Cranford, NJ.

Get Print. Get Digital. Get Both!

What Do We Want in a Literary Adaptation?

Electronic Components Market ? What Factors Will Drive The Market In Upcoming Years And How It Is Going To Impact On Global Industry