How much do fans of boys’ love spend every year on homoerotic comics? The amount may surprise you 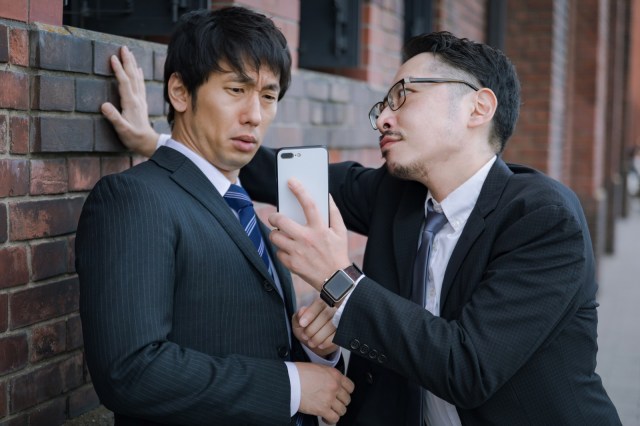 Bro, look at the size of my new BL collection.

BL, an acronym for boy’s love, is a manga/anime genre focusing on male homosexual love. The genre has gained a sizable readership of dedicated female — and male — readers, publishing works with content that ranges from innocent to raunchy.

Recording the purchasing patterns of fans, Chill Chill, one of Japan’s largest commercial BL sellers, recently published the results of a survey examining the spending habits of BL fans, as well as how their spending habits may have been affected by COVID-19.

The survey is part of a larger study on the purchases that girls who are into manga and anime make, calculating data for areas of improvements as well as continued marketing.

▼ The official poster of the survey campaign: “Research for Marketing to Otaku Girls.”

The survey was conducted earlier in March with a polling base of 1,378 individuals. It covers the following topics: yearly BL purchases, monthly BL purchases, and the type of BL goods that fans of the genre purchase.

One third of BL fans spend over a whooping one grand on BL-related goods each year with a rising trend towards manga, doujinshi, and novels. Supposing a fan were to only buy manga volumes at the average price of 650 yen per book ($6.10), that would be minimum of 163 volumes purchased every year.

Chill Chill also notes that while there has been an increase of interest towards meet-up events with authors as well as voice actors of BL works, COVID-19 had an effect in lowering numbers as events were cancelled or postponed.

▼ How to vibe-check if someone is a BL fan: ask them what’s the mood of this photo.

Another survey was later released to see how BL fans who typically visited such events manage their extra funds, and the answer was that the majority saved the money or had no changes to their BL-viewing habits. Responses were grouped into “Plus or No Changes” and “Minus” categories.

“Plus or No Changes”

– Since BL-related events were canceled, I just ended up saving the money.
– I only read BL manga or electronic copies, there’s been no change for me.

– I realized I bought way too many new BL books with my extra cash flow.
– With the cancellation of events, I just bought a ton of BL goods.
– I planned to participate in a circle (a group of artists who create and self-publish fan-made comics).”

For the smaller percentage of folks who decided instead to simply use their new funds, the survey further interviewed them on what they exactly spent the money on… and it was more BL goods.

▼ These three responses below captured the general gist.

With the extra funds from cancellations, we made sure to keep up our otaku lifestyle!”

▼ I mean, just sitting at home and reading manga all day regardless of genre does sound relaxing.

BL isn’t everyone’s cup of tea, but at least this niche community seems to have benefited from having something to keep them upbeat during these pretty rough times. Granted every fandom has their own way of coping, such as this one individual seeing if their pet fish can beat Pokémon Ruby or this robot-anime fan making Gundams in empty alcohol bottles

Every New Movie & TV Show Releasing On Amazon Prime In 2021

100 Best miniseries of all time - WTNZ