“I basically had four or five months of Christmas”: Catherine Doyle on writing the magical The Miracle on Ebenezer Street

For Catherine Doyle, reimagining Charles Dickens’ A Christmas Carol was “a once-in-a-lifetime opportunity” — one that led to a heartwarming and magical adventure.

The Galway author’s The Miracle on Ebenezer Street was released to coincide with Puffin’s 80th birthday this year. She recently spoke to Her about how she got in the festive spirit while writing the book, how it felt to reimagine the classic and the real life inspiration she drew on for the book.

It begins when George stumbles across the magical Marley’s Curiosity Shop at the Christmas fair, where he finds a mysterious snow globe. And as for the scene that it holds, it’s one that contains a series of impossibilities.

With his Scrooge of a father, George finds himself swept on a magical adventure — one that takes the two of them to Christmas past, Christmas present and Christmas future. And with a little bit of help from an enthusiastic elf, as well as a rather grumpy reindeer, George has to find a way to bring the magic of Christmas to the home once again.

She first became involved with the project “about a year ago”, when Puffin approached her about the idea of doing a modern retelling of Dickens’ Christmas classic. 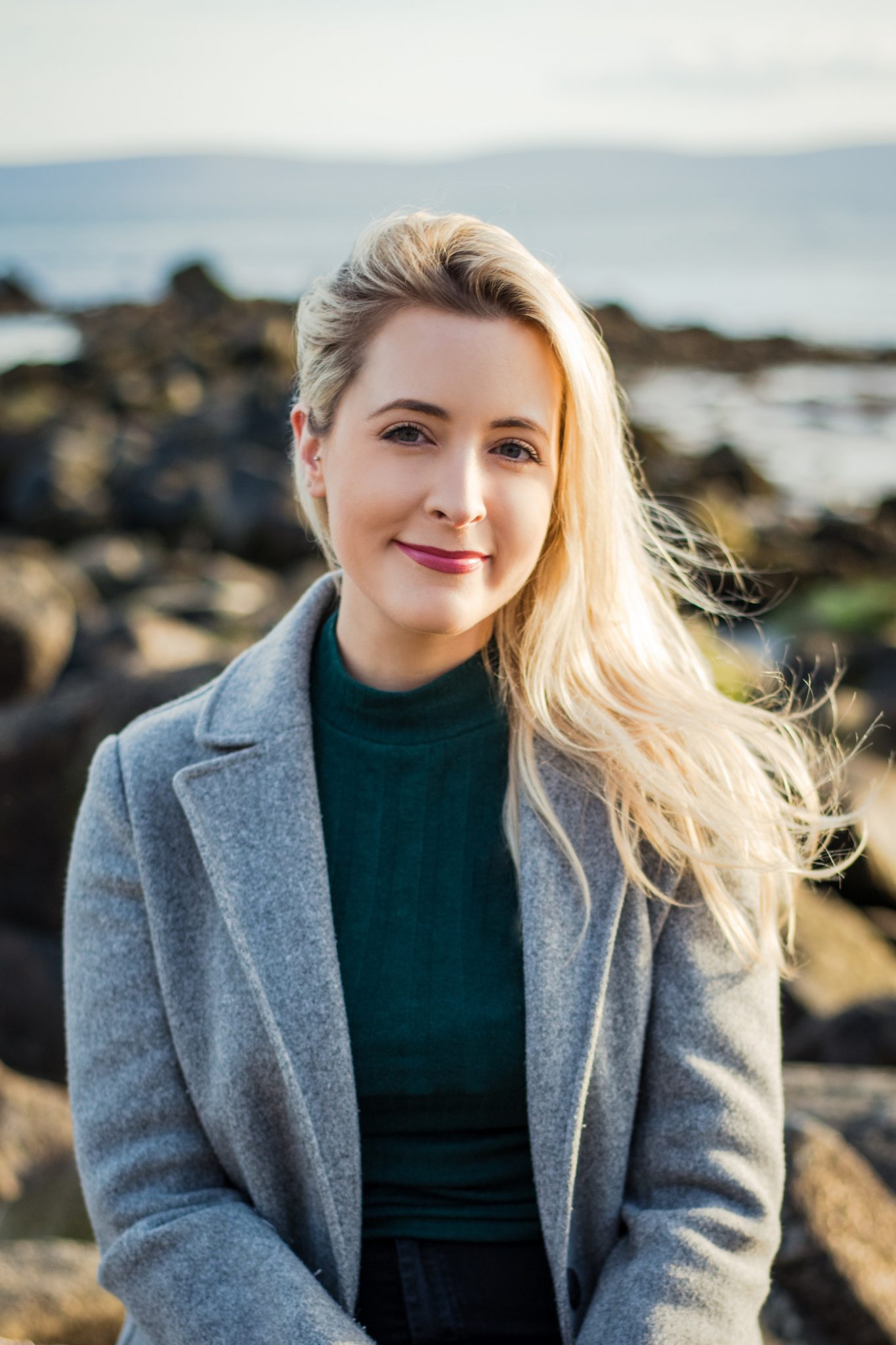 “It was to coincide with Puffin’s 80th birthday celebrations this year, as well as the 150th anniversary of Charles Dickens’ death. So [Puffin] approached me and asked if I would be interested in coming up with my own story and sort of giving it a whirl,” she recalled.

“I was massively, I suppose, flattered, enthusiastic and a little bit frightened. It’s such a mammoth scale, everybody knows [the book]. They offered it to me, and I kind of left it up to chance — it’s a once-in-a-lifetime opportunity, to get to play with such an incredible tale. And then I just threw myself into the story; I had the most fun writing it.”

And while she added that one of her favourite parts of the writing of the book had been “infusing well-known elements and characters from the original” story, and “twisting and changing them up”, there was one particular relationship that really stood out to her.

“I think for me, the part that I found to be the most enjoyable and uplifting is the relationship between George and his grandmother, Nana Flo, who is a mischievous Irish granny. She’s kind of his confidant and protector throughout the story, and it’s their relationship that helps  George find a way into this magical winter wonderland, and inevitably bring back Christmas to his house and his father,” Catherine continued.

“I think that despite all the magic and adventure and enchantment, there’s something very grounding and authentic about the grandmother, grandchild relationship. And I think it really spoke to my experience as a child; I was really close, and I’m still really close, to both my grandmothers. I think that’s probably the most heartwarming and uplifting part, where I find the most hope in the story; in that human relationship of unconditional love.”

And she recalled how she drew upon her own grandmother when she was creating the character of Nana Flo, in what she called a “love letter to Irish grannies, and specifically to her.”

“I definitely wanted to base Nana Flo on my nana, who is in her 90s now. Her name is Nana Jo. She’s kind of that mischievous, strong-willed, determined grandmother who would do anything for you. That was like a love letter to Irish grannies, and specifically to her,” Catherine said. 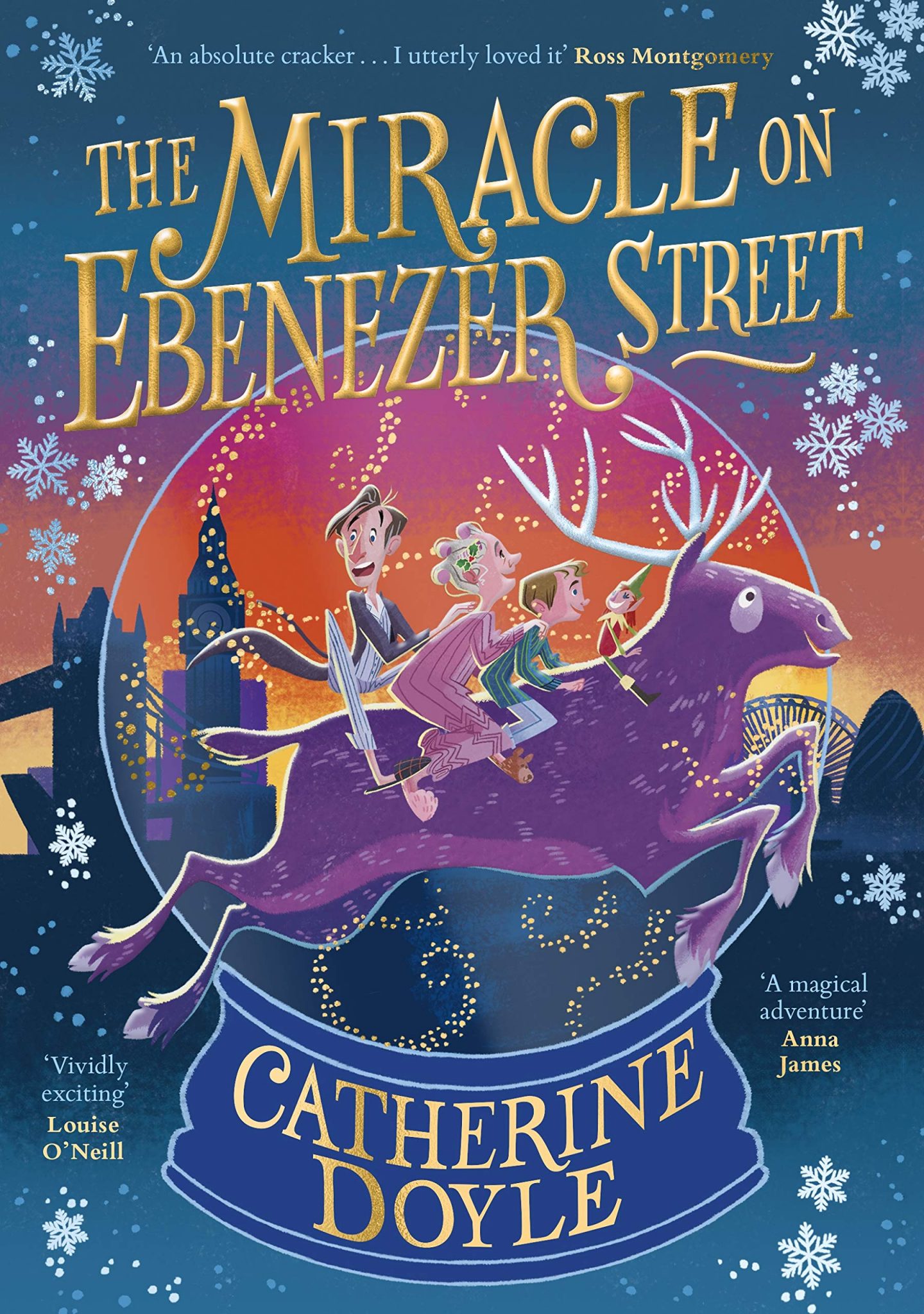 “I’m not going to say I based the Ebenezer Scrooge character, Hugo, on anyone — he’s obviously based on [Ebenezer Scrooge]. And then the others were just about kind of plucking at the humour — my family love humour; my brothers and I always laugh and tell jokes. It was just about taking strands of humour, and weaving them into the other characters.It was just a lot of fun trying to inject as much fun and lightness as possible into those peripheral characters.”

She went on to explain how it was easy for her to get into the Christmas spirit while writing the book — even though it wasn’t during the holiday season itself. In an effort to fully immerse herself into the holly, jolly time of year, she decorated for Christmas a few months early than planned. And, by default this meant she had “four or five months” of Christmas.

“I didn’t really write it at Christmas. I think I wrote half of it at Christmas last year, and the way I did that was, in September, when I knew I was going to start writing, I just completely decorated my house in Christmas decorations. I bought loads of Yankee Candles that smell like pine, cinnamon and all those kind of Christmas scents,” she told us, adding that she had been “operating a full Christmas experience” in her home for the three months beforehand.

“[It was so] I could mentally get in that space that kind of sets the [tone]. It can be really difficult to get into, unless you’re in the lead up to Christmas — so that was really helpful. And then after Christmas, I had to sustain that, you know, until my tree turned to brown and I had my first draft written. It was actually quite fun, though. I love Christmas, and I basically had four or five months of [it] — I’m not complaining, it was perfect.”

Dr. Zorba talks about ‘Only Leaves Should Fall’ and COVID-19 depression

Inside Elevationism, the Religion Behind Denver’s International Church of Cannabis