‘I feel like I’ve been robbed of my own story’: Deaf Saskatoon author urges people not to buy his book due to offensive illustrations

SASKATOON —
When Adam Pottle’s children’s book, The Most Awesome Character in the World, came out last week, he said he was shocked to see the illustrations that were used and is now urging people not to buy it.

“Because the way the book has been illustrated, it contains an illustration depicting a racist stereotype, specifically an Asian stereotype,” Pottle told CTV News in an interview.

Pottle was born deaf and as a child, noticed there weren’t many books catered to him and his experiences. That’s why he decided to make a difference by writing a book for deaf kids.

He began writing the book three years ago after publishing company Reycraft Books contacted him and expressed interest in his work as a deaf author.

As the book was getting closer to being published, Pottle said that communication with the publisher became very rare, and that he didn’t even see the finished book until a review was already written about it.

“Typically with all the books that I have published previously, I had seen galleys of proof, which is what the pages look like before they’re sent to the printer,” Pottle said.

“With this children’s book, I did not receive that, I actually did not receive any character sketches or any pictures of what the illustrations inside the book looked like until the book had been sent out to reviewers and librarians.” 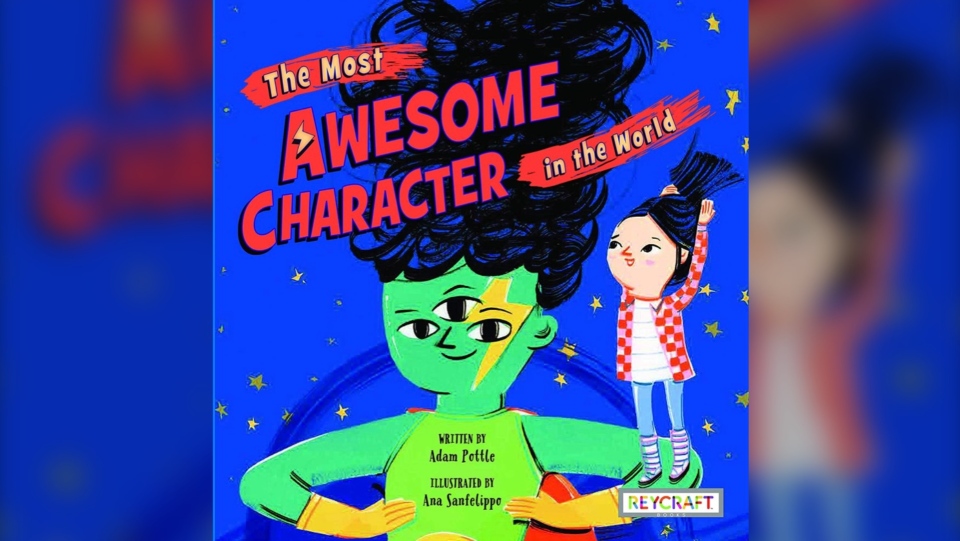 The illustration in question is one that depicts an Asian girl wearing a kimono with her hair styled into two buns.

“The book was originally intended to celebrate imagination and creativity and beauty, and was also supposed to celebrate the beauty of deaf culture,” Pottle said.

“But we cannot celebrate one culture at the expense of another. It was meant to be something we can celebrate as a whole, celebrate together, but with the way the book is illustrated, unfortunately prevented me from doing that.”

Pottle decided to work with a sensitivity reader to get a better understanding of how the illustrations could be seen as racist stereotypes.

After coming to the realization that he did not want the book on shelves, he reached out to his publisher, who refused to change the illustrations or pull the book.

“I was looking forward to sharing this book with the world, and now that I can’t, I feel robbed, I feel like I’ve been robbed of my own story, and it’s very disturbing for me,” Pottle told CTV News.

Pottle is now working to get people to not buy the book and has received help from stores such as Barnes & Noble, McNally Robinson, Powell’s and Another Story, who have agreed to take it off the shelves.

Pottle said that despite being initially discouraged, he won’t let it keep him from his work.

He said he has completed another children’s book with several other projects also on the way.

CTV News reached out to Reycraft Books but has yet to hear back.

Literature that makes you think | Arts.21 – The Culture Magazine | DW

Literature that makes you think | Arts.21 - The Culture Magazine | DW