“If You Write a Book, You Can’t Write it Any Better”: Revisiting the Magical Night that Gave Houston Rockets Their 1994 Championship

On June 22nd, 1994, the Houston Rockets overcame the New York Knicks in Game 7 of the NBA Finals. With that victory, they took home the first-ever NBA title after two defeats in Finals previously. They were led by Hakeem Olajuwon, who in that season became the first-ever player to claim MV, DPOY, and Finals MVP in the same season. 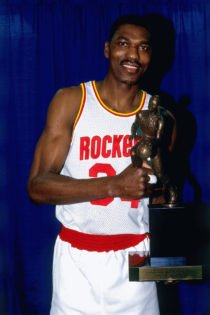 After winning the first-round matchup against Portland 3-1, they were up against the previous MVP Charles Barkley and the Phoenix Suns. They fought hard to beat Phoenix, after being taken to seven games in that series. Hakeem’s Rockets made light work of Utah in the Western Conference Finals and advanced after beating them 4-1.

They were up against Pat Riley’s Knicks in the NBA Finals. They were hungry to win after losing the Conference Finals the previous year. Both teams had a lot to prove and it showed. After splitting the first four games, the Knicks took home Game 5 and needed just one more victory to secure the title.

With a win or go home situation for the Rockets, they edged out the Knicks with a close 86-64 win. During the final seconds, John Starks attempted a potentially game-winning three to seal the title, but Olajuwon blocked it and kept them in the hunt for the title. 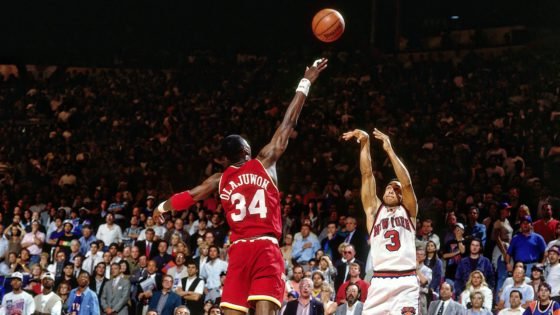 The whole series was a battle between two future Hall of Famers in Patrick Ewing and Hakeem Olajuwon. The Knicks recognized that Hakeem was too good to outplay in the paint. So they used Ewing’s mid-range ability to get the best out of him. Despite that, Ewing was outscored by Olajuwon in every game.

Game 7 was also a tight affair. Going into the fourth quarter, Houston held just a three-point lead. Hakeem and Vernon Maxwell lead the Rockets charge while Derek Harper and Ewing did their best for the Knicks. Starks shot poorly going 2/18 from the field and 0/11 from three and that severely affected the Knicks. Rockets came out on top after the final buzzer, beating the Knicks 90-84 to claim the title. 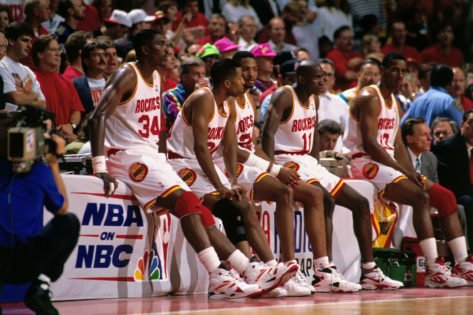 Hakeem dominated throughout the Finals, scoring 27 points per game, nine rebounds, and a monstrous four blocks per game. “If you write a book, you can’t write it any better,” he said after Game 7. “It has been a great season for us, and I’m just so happy to bring a championship to this city, Houston. It means a lot.”

Houston was dubbed Choke City after they lost a 20-point lead in a Western Conference semifinal game against the Suns in the same season. However, after they clutched the title in both 1994 and 1995, they were officially nicknamed Clutch City.

Cabinet of Curiosities: A New Book Opens Centuries-Old Collections of Fossils, Sculptures, and Other Oddities