Kevin Kwan on his new novel: ‘I love writing about pretentious snobs.”https://www.thestar.com.my/” The Star

Author Kevin Kwan has had a very long day. This is his sixth media interview already. Normally, he would be on tour right now, to promote Sex And Vanity, his latest book. Due to the pandemic, however, all publicity has to be done remotely from his home.

There is a slight tone of tiredness to his voice. Fortunately, the longer he speaks, the more animated he becomes.

Kwan is full of funny anecdotes. In some ways, he feels just like a character from one of his bestselling Crazy Rich Asians trilogy.

“It’s been a crazy media tsunami. Thankfully, I had a little break, so I’m revived again. If you had spoken to me an hour ago, I would have been pretty low on energy, ” says Kwan, 47, speaking via phone from Los Angeles, where he is based.

“It’s a very strange time to promote a book this way. Normally, I love touring and meeting people and doing in-store signings. Unfortunately this time it just isn’t possible. But it is what is it, right?”

Kwan is definitely used to the touring life by now.

The Singaporean novelist, after all, entered the book world with a bang, after his debut novel Crazy Rich Asians (2013) became an international bestseller. The book was followed by two sequels, China Rich Girlfriend (2015) and Rich People Problems (2017). In 2018, Crazy Rich Asians was also adapted into a romantic comedy film, which was a box office success, and drew acclaim for being a Hollywood blockbuster with an all-Asian cast.

Two weeks ago, Kwan released the long-awaited Sex And Vanity, the first in his new Cities novel trilogy. The book is Kwan’s personal homage to British writer E. M. Foster’s classic novel A Room With A View, which was turned into a British romance movie in 1985.

Earlier this week, Kwan’s new novel was picked up for feature film presentation, with Sex And Vanity going to Sony Pictures barely a month after hitting bookstore shelves.

Kwan reveals how, as a curious high school student, he came to know about Foster’s A Room With A View, a 1908 novel about a young woman in the restrained culture of Edwardian era England.

“I think the year the movie came out, all the girls in my high school were reading the book. So I got a copy of A Room With A View and read it to impress a girl!” recalls Kwan with a laugh.

An island of love

Sex And Vanity follows the exploits of Lucie Churchill, a well-off woman with a Chinese-American mother, blue-blooded New York father, an apartment on Fifth Avenue, and a wealthy fiance.

Her story starts with a visit to the beautiful island of Capri in Italy for her cousin’s wedding.

She enjoys her time there and ends up falling for someone she would normally never consider (a Chinese-Australian surfer dude George Zao).

When Lucie leaves Capri, she is eager to put it all behind her. What happens in Capri, stays in Capri. But her past catches up with her years later in her home of New York.

Kwan says he had the idea for this novel for about 10 years, and was glad to finally write it.

“A Room With A View was the inspiration point for this novel. But for people who know the book, they will see that it becomes vastly different. This was more a way for me to tell a modern love story, and also tell a story about someone who is both Asian and American at the same time, ” says Kwan. 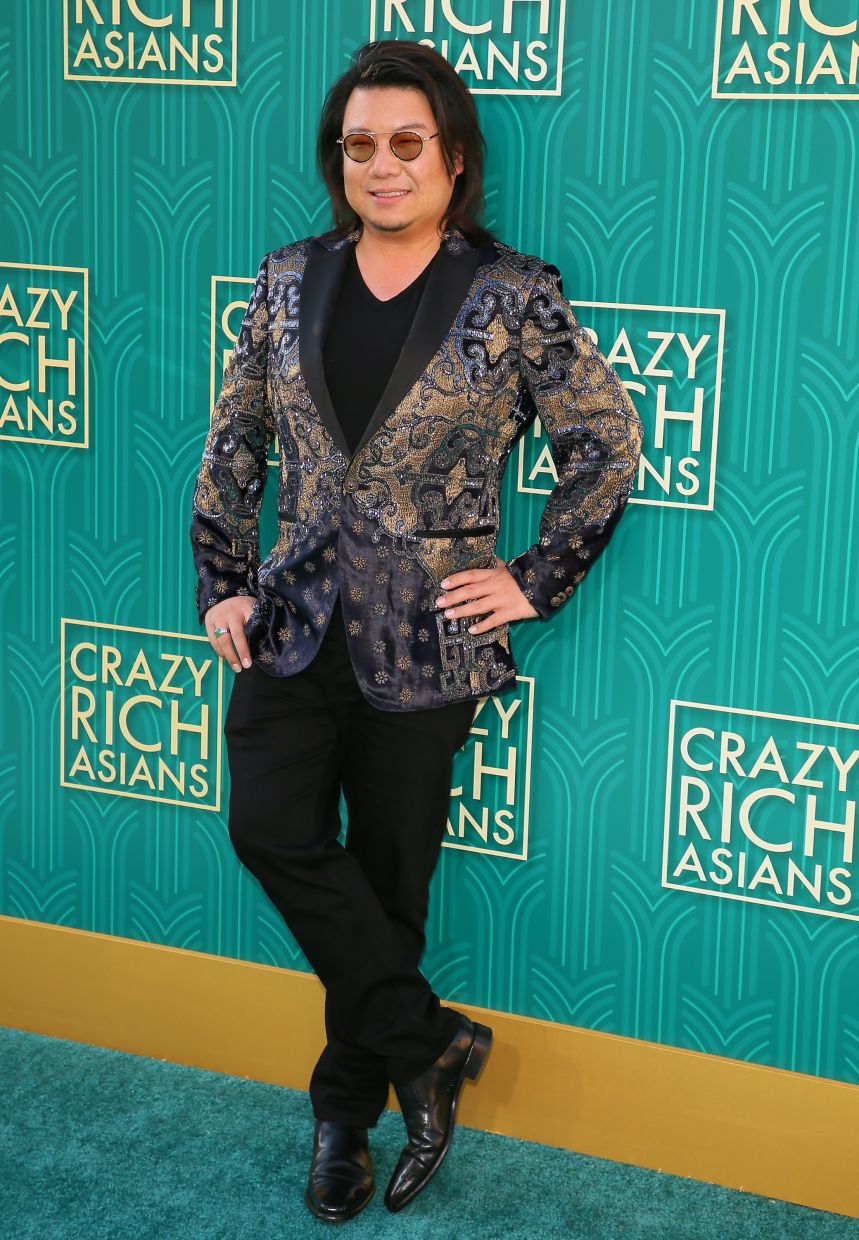 Kwan adds he decided to set his novel on the beautiful island of Capri (A Room With A View was set in Tuscany and Florence) after having visited the place a few times, and falling in love with it.

Now, he goes on holiday there almost every year. Almost every time, he would end up on some kind of interesting adventure in Capri.

Indeed, one memorable part of the novel, where Lucie and her friends go visit a luxury bungalow by boat, is almost exactly something that happened to Kwan.

“I was invited by some friends to a villa. I thought we were going by yacht. Instead, this military speedboat arrives. The kind you would use to like, launch a military invasion. We got on, and my friend said, ‘I love speed, please go fast’, ” says Kwan.

“So the guy floored it. The average time for a trip from Positano to Capri takes about an hour. We got there in 23 minutes. We were literally bouncing on waves at top speed all the way, hanging on for our dear lives. I kept thinking, ‘we are all going to die!’” he adds.

Like his previous trilogy, this new book is packed with colourful characters, fantastic locales, and a healthy dose of humour and satire.

“I love writing about pretentious snobs. For me, it’s almost like revenge! I love poking fun at them. A lot of them are just fundamentally insecure. For example, there’s a character called Mordecai in the book, who is just like that. And there’s Lucie’s boyfriend, Cecil, another kind of snob. He’s one of these social media darlings. But what does he actually do?” says Kwan quizzically.

Lucie’s story, he mentions, will end in this novel, although she and other characters might make appearances in the trilogy’s next two volumes. His next books will feature all new characters in different cities: the second book takes place in London and another city, and the third will be a tribute to Paris.

In the entertainment scene, there’s quite a lot of Kwan we can expect to see in the future.

The film of his book China Rich Girlfriend is still in the works, although all Hollywood filming has halted now due to the pandemic.

Kwan is also working on a TV series. He couldn’t give many details, but says it will be something like “Downton Abbey meets David Lynch”.

“It’s about a rich and fabulous Asian family, full of mystery and intrigue, ” he mentions.

With so much to do, Kwan says life can sometimes can get a little overwhelming.

“I’ve been on this non-stop rollercoaster ride since 2013, when my novel came out. I used to have a very quiet life, where I’d do one project at a time. I had a lot of leisure time. And then, life exploded. There’s so much happening. But I can’t complain, ” he says.

Kwan also remembers an incident a few years ago, where an Asian-American man and his two pre-teen daughters came to see him at a book signing in California.

“We started talking, and he started sobbing. It was a very honest moment. He said, ‘Thank you for writing these books and telling these stories’. This movie Crazy Rich Asians was the first movie he was proud to take his daughters to, where they could see themselves represented on the big screen in America, ” he recalls.

“And I think that’s why I keep doing what I do. To help effect change in the world, that’s the most amazing thing you can do.”

Adam Roberts on His New Novella The Compelled

‘The Marrow Thieves’: a ‘cli-fi’ novel for young adults