The grand opening of the Tainan Main Municipal Library today is to feature exhibitions on James Maxwell, a Scottish Presbyterian missionary and physician, and the literature of Tainan’s coastal areas, the Tainan Cultural Affairs Bureau said yesterday.

The new main library in the city’s Yongkang District (永康), built on a site formerly occupied by an army artillery school, cost about NT$1.93 billion (US$67.7 million), the bureau said.

Co-organized with the Presbyterian Church in Taiwan, the exhibition on Maxwell is a tribute to his life and work in Taiwan, and marks the 100th anniversary of his passing, Cultural Research Division director He Yi-fen (何宜芳) said. 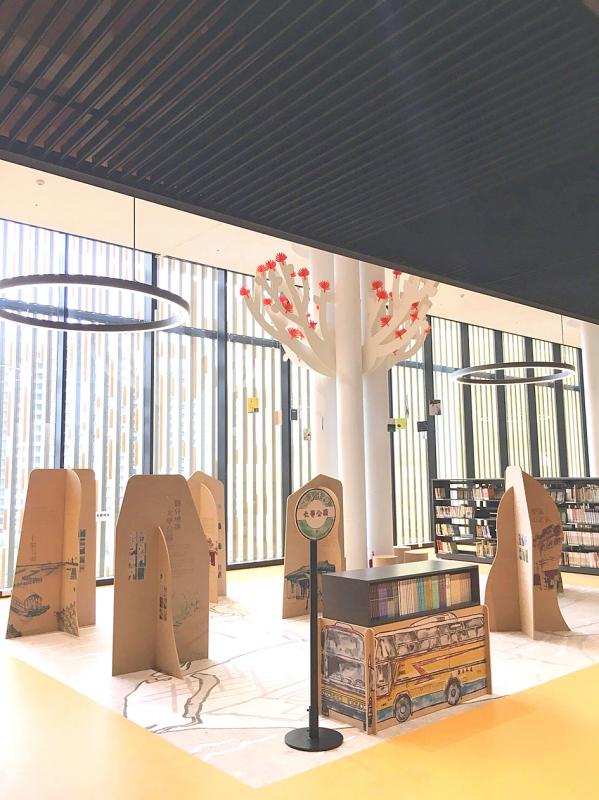 Maxwell is best known in Tainan for in 1865 founding the Khoan-sai Street Clinic, the first modern hospital in Taiwan and the predecessor to today’s Tainan Sin-lau Christian Hospital.

Maxwell was also an advocate of malaria prevention and banning opium, He said, adding that the bureau in 2014 listed him as a significant figure in Tainan’s history.

The Presbyterian Church is also to hold a series of concerts, lectures and events focused on family histories, she said.

The main library’s other exhibition, on the “Saline Land” literary movement that originated in Tainan’s coastal townships during the Japanese colonial era, is to showcase more than 500 titles by renowned authors, the bureau said.

The artworks and texts have been selected to evoke memories of Tainan, and visitors are encouraged to take selfies with the pieces, the bureau said.

Separately, an exhibition titled “Facets of Authority: A Special Exhibition of Imperial Portraits from the Nanxun Hall” opened yesterday at the National Palace Museum in Taipei, showcasing the cultural changes across Chinese dynasties.

The 25 artworks exhibited are listed either as national treasures or important artifacts, and are part of a collection brought from the Forbidden City in Beijing decades ago, the museum said in a statement.

Dubbed an “all-star” ensemble by the museum, emperors and empresses from the Song, Yuan and Ming dynasties are depicted in the portraits, as well as Xia Dynasty founder Yu the Great (禹王) and Tangtaizong (唐太宗), the second emperor of the Tang Dynasty.

The portraits from the Song Dynasty show details such as an undershirt, woven from golden threads, protruding from the sleeves of an outer garment, and delicate cushions on a seat, which illustrate “low-key luxury,” the museum said.

Highlighting the distinguished style of powerful people, the exhibition is curated to give visitors a deeper perspective on time-specific clothing, composure, extravagance, symbols and materials, it said.

For visually impaired visitors, the museum would provide a special audio guide and replicas of the chairs in the portraits, which visitors are allowed to touch, it added.

The exhibition runs through April 6.