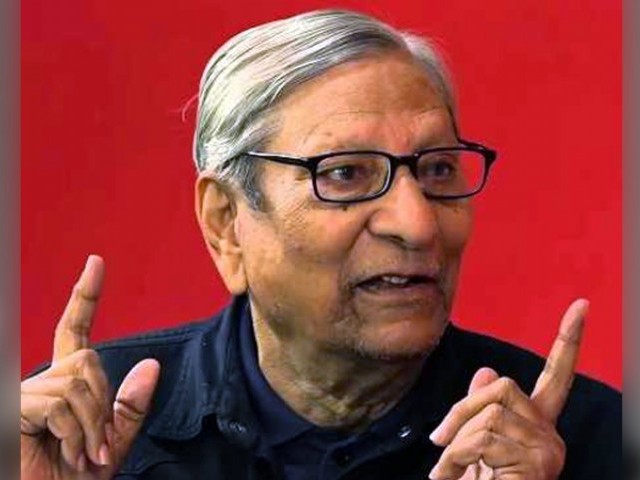 ISLAMABAD: The month of June has been a painful one for the literature canvass of Pakistan.

“This month has been very painful for the world of literature. Many important writers have left this month,” Dr Khushk said in a condolences message. “Their demise is a great loss to Pakistani literature,” he added.

Teacher, poet, writer and critic Manzar Ayubi was one of the prominent poets of this time. He achieved a special place by writing short poems. His ghazals also have a special distinction.

Urdu poet, critic Sarwar Javed has prominent colours of the era is in the poetry. Progressive poetry is an important part of it. The canvas of his poems is also very wide.

Muhammad Khalid was also an important poet of the ghazal. He greatly influenced his contemporaries as well as young generations.

Anchor, actor, politician and intellectual Tariq Aziz, was also a poet of Urdu and Punjabi and a knowledgeable person. He has been using his pen as a way of impression. His study was very extensive.

Saraiki and Punjabi poet Rabb Nawaz Miskin was one of the important writers of his times. He served literature quietly in Jauharabad all his life.

Wazir Hussain Rahi from Skardu had written humorous poetry in Balti language against social weaknesses and injustices. He was a powerful voice in the Balti language.

The writer and secretary of the Khattak Literary and Cultural Jirga, Nobahar Shah Khattak was an important name in the Pashto literature. He did a lot of service to the literature through poetry as well as literary programmes.

Qadir Khan Sartaj was living in the UK and was serving Urdu and Pashto Literature. He was known as an Urdu and Pashto poet.
Dr Khushk said that with the passing of these writers, Pakistani literature lost important writers. Expressing deep sorrow over the demise of the deceased, the PAL Chairman prayed for forgiveness of the departed.

Have something to add to the story? Share it in the comments below.

Book Review - Poker... What does gambling have to do with it? - Books