As a child, drawing, reading comic books and magazines and writing had all developed at the same time at a similar pace and in similar ways. I must’ve benefited from the beautiful landscape and complete silence in Benghazi, where I lived for 11 years. When it was time to decide whether to study visual art or journalism, it was the creative writer that won out. However, as a student of Cairo University’s Faculty of Mass Communication, I never stopped drawing.


I joined Al-Ahram as a trainee while in my second year, and in 1992 I joined the Al-Ahram Weekly team, led by the newspaper’s beloved founding editor Hosny Guindy, while preparations were underway for the zero issue. 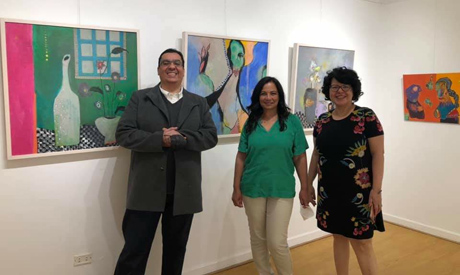 
Not completely pleased with my job, the artist in me cried out, asking for more space, so for two years starting in 1993 I took summer courses in graphics at the Faculty of Fine Arts, where I partly satisfied my love of humour and caricature. In addition to my hectic schedule as a news reporter, I started publishing cartoons in the Weekly and Sabah Al-Kheir magazine, the latter very well-known for its caricatures and illustrations.


For me and for almost all creative writers and artists of my generation, the 1990s was the most fertile period, when theatre, literature and visual art were all booming. It was in the early 1990s that I was mentored, often for short periods, by such masters of caricature as Rakha, Hassan Hakem, Al–Ahram’s Nagy Kamel and Al Akhbar’s Mohamed Effat. And although they encouraged me to continue on my path, the male-dominated sphere was hardly welcoming for a young woman, or maybe I was not courageous or crazy enough for this harsh game. 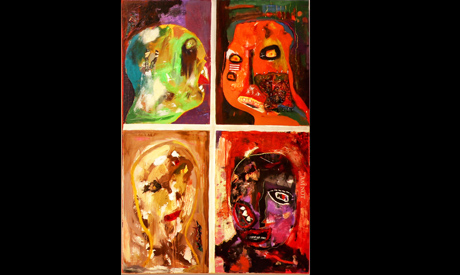 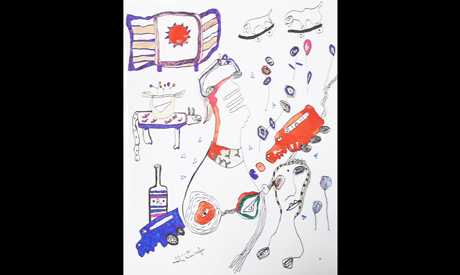 
It was in 2010, a few years after I moved from news to culture where I was thrilled to become the art critic in time, that the voice came back. “You can do this,” I would catch myself saying each time I encountered a powerful piece or interviewed an awesome artist. I took workshops in drawing, painting and collage that, as it turns out, were to contribute hugely to my development as an artist. I’ve taken part in 11 group exhibitions since 2014. But only now do I have the confidence to give a dual exhibition with artist Heba Amin – opening on 14 March – at the Cordoba Art Gallery. 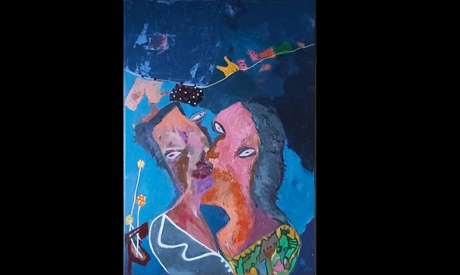 
Now that I’m doing both, I feel there are two sides to me: the fragile artist, and the down-to-earth, even harsh journalist. I want them to be at peace. It took me exactly 30 years to become an artist, but can I be artist and art critic at the same time? Simultaneously to be plaintiff and judge, attacker and defender: that is the position I find myself increasingly happy to be in. 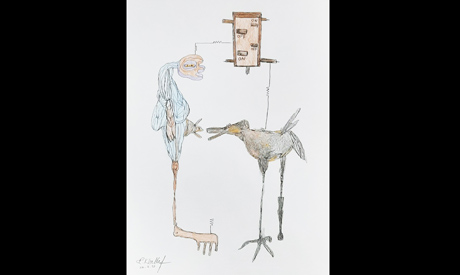 
Some paintings  reflict a sense of humour I inherited from my father, a witty, sarcastic and funny man always telling jokes. Other paintings reflect my love of cats, the camouflaged equivalent of women, which suddenly appear on the white sheet. Others still examine our  reality as humans in a conservative and religious environment that expects women to be solid and positive against truly impossible odds. 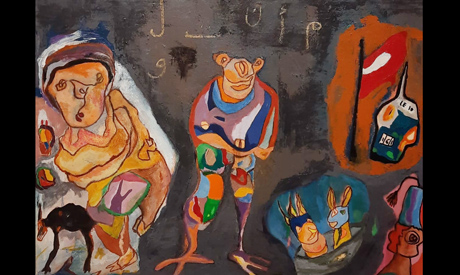 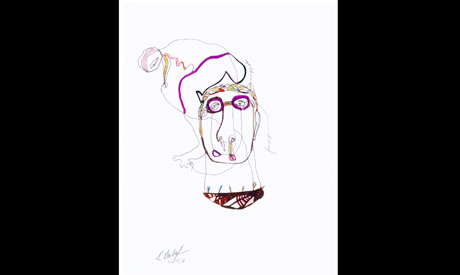 
In another series entitled “My Blue Bicycle”, which also includes three pieces, the main mixed media painting (80 x100 cm) features a young man on a blue bicycle in the middle of nowhere pedalling through items from his past; a doll, a toy dinosaur, and a middle-aged woman sitting on a chair, waiting for Godot. The second and third are 29.7 x 42 cm mixed media on paper drawings featuring a man hugging a bicycle and a woman sitting helplessly below a huge pair of scales that use two wheels. The bicycle evokes a journey, amusement, depression, consistency and an sense of balance, which I never managed to keep. 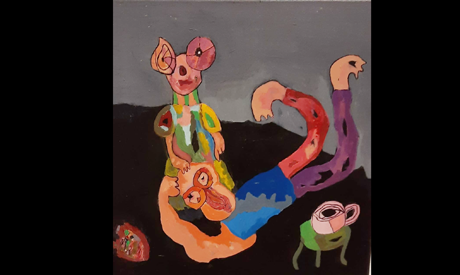 Love you… Love you not


Influenced by the great art of Picasso, Klimt, Chagall and by a bunch of pioneering Egyptian artists such as Samir Fouad, Mohamed Abla, Hossam Sakr and the late Samir Rafeaa, I believe I have finally found my own style. My naïve surrealist drawings and paintings usually start with doodling an eye, a knot or tree leaves, and then I give the curves and lines the freedom to flow on the white sheet until they have composed exotic shapes and deformed characters.


I draw almost every night, literally surprised by the new faces with funny features that appear in my sketch book. It is usually after midnight that my weird and funny creatures materialize, enacting spectacular scenes. Here we breathe.


The exhibition runs until 30 March.


*A version of this article appears in print in the 18 March, 2021 edition of Al-Ahram Weekly

CloudCommerce to Use Artificial Intelligence (AI) to Solve Industry Problems Caused by Google Other OTC:CLWD