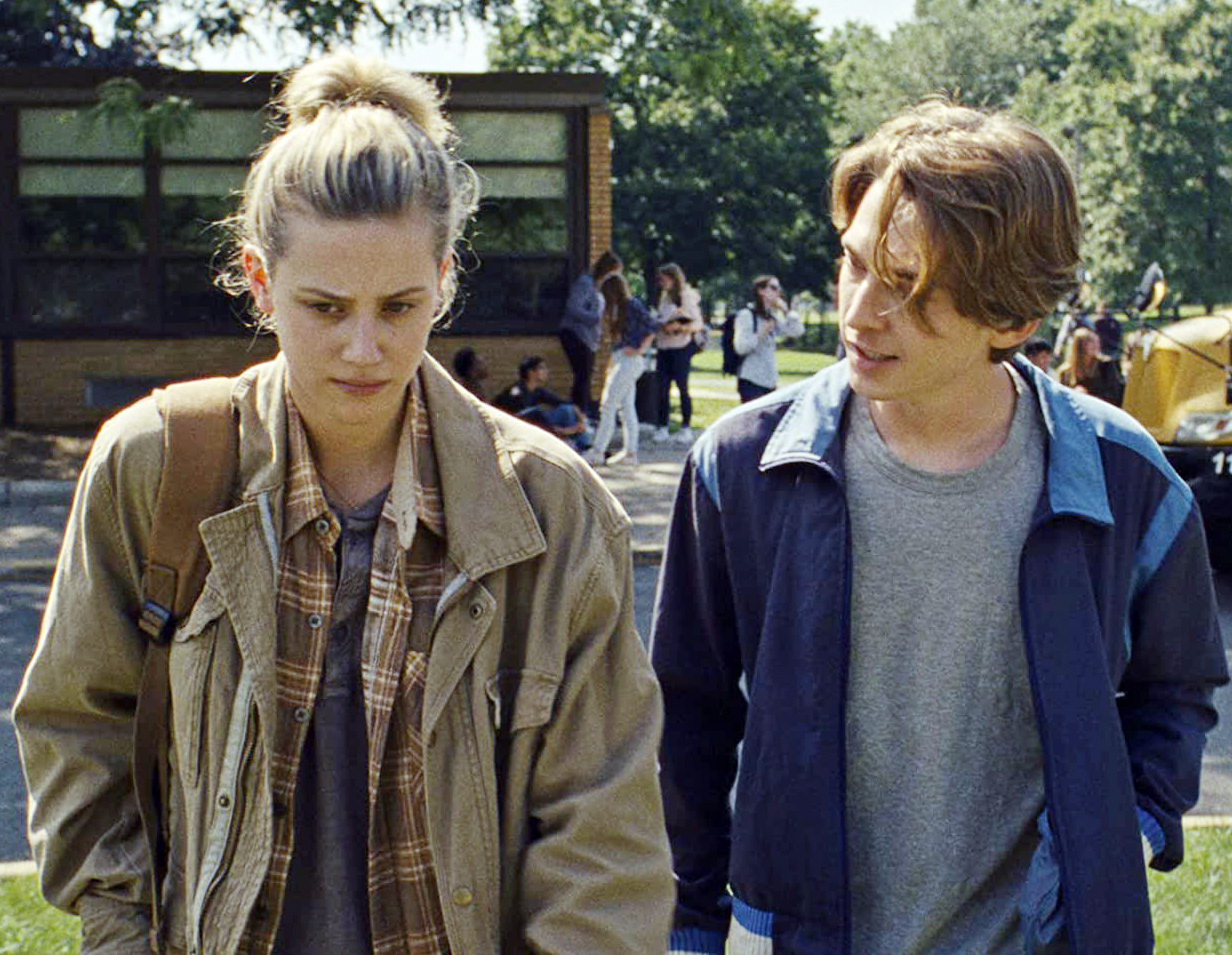 “Chemical Hearts” (93 min., Rated R for thematic elements, teen sexuality, suggestive material, some drug use, and some language). Rating: 8 out of 10.

There’s no shortage of thoughtful coming-to-terms teenage films thrusting teens preparing to exit high school and into an adult world, the thought of which is scary beyond belief. Some kids hide in high school unaware of what life may be like, often extending their learning curve by going to college — a good move. Even today, and in recent years, the economic squeeze — since the Great Recession — has forced some young adults to rethink their transition into adulthood. It has caused a new family dynamic to form — and some of these kids, now empowered to be more resolute about their plans once they graduate, to grow up a bit too fast.

That sense of reality — the growing up too fast part — is at the center of “Chemical Hearts,” a new film adapted from the YA novel “Our Chemical Hearts” by Krystal Sutherland. Directed, written and co-produced by Richard Tanne, with his finger on the pulse of what it’s like to be a teen, “Chemical Hearts” captures a few critical months for two 17-year-old kids caught up in the messy realities of young adulthood — a formative, soul-searching time nearing graduation, both carrying personal inhibitions about their recent pasts that have bubbled to the surface. This is an issue-oriented story that shouldn’t happen to youngsters already grappling with the difficulties of navigating through high school. Teens have enough on their hands as it is — and what Henry (Austin Abrams, 23) and Grace (Lili Reinhart, 23) face is too much, too early in their young lives.

The story is told from the eyes of Henry who at this stage is disappointed that nothing interesting has happened to him. He should be glad. He really has nothing to complain about: he’s tall, good looking, articulate, smart and well-liked with a circle of friends at school. Obviously, what’s missing is a romance with a girl. In these times, you have to specify which gender. I can’t imagine what high school hallways must look like these days. However, his love-lost life is about to change when a new transfer student enters the picture — Grace. He’s immediately drawn to her noting that she has arrived with a lot of emotional baggage, needing a cane to get around. You’d think this is no time for Grace to be interested in starting a relationship, let alone a friendship…but Henry is more than ready.

What ensues is a tart-to-tender-mutual-understanding where Henry and Grace stand at this tender, and sensitive time in their lives. Grace enters the school as an enigma — she’s sad, forlorn, morose, sullen, bitter, withdrawn…and stubborn. She doesn’t want to be messed with from anyone — but soon melts to Henry’s gracious and empathetic approach to get to the root of Grace’s broken heart. As if two 17-year-olds need to be confronted with such emotional issues, we eventually learn about Grace’s recent tragedy — reason for the cane — and how dramatically it has set her back. It turns out Henry’s gentleness and understanding of what happened to her starts opening doors for her to move on. And it isn’t easy for her. The connection they build upon is explained by Henry’s sister as a chemical connection they share, as signified by the film’s title.

“Chemical Hearts” is an adult view of teens (how ironic) grappling with life-changing issues, mostly dealing with the heart, but also getting a grip on your future that more stories like this are coming out (i.e., “Words of Bathroom Walls”). The story is grounded in reality between them, though the environment in high school is your standard, typical wide assortment of colorful students chiming in and out of Henry and Grace’s journey of love, loss and the ever-complicated challenge of growing up. What’s also nice about this story is that it doesn’t necessarily end on a happy note; but a pause in their lives to take stock in what may lay ahead — and embrace a great big beautiful world waiting for them…whether it’s together or not.

Look for this film on Amazon Prime.

Support local news by subscribing to the Journal & Topics in print or online.

Google searches for anxiety symptoms are up during pandemic

What is the Happy Science Religion? They Claim They Can Cure Coronavirus

What is the Happy Science Religion? They Claim They Can Cure Coronavirus