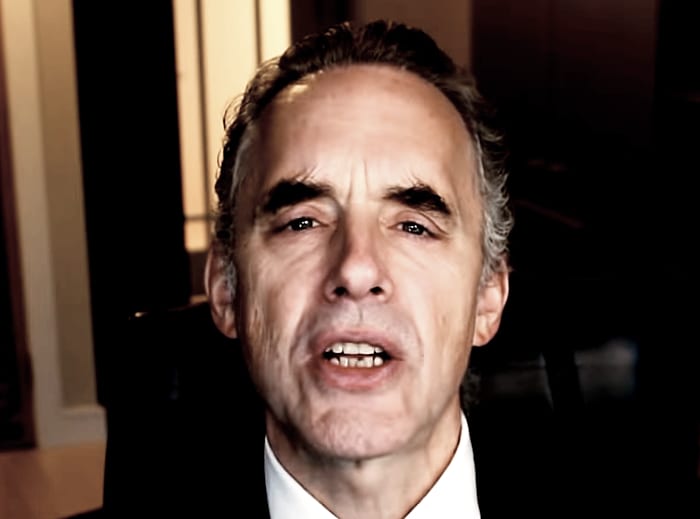 EMPLOYEES at Penguin Random House Canada reportedly wept when they learned their company had agreed to publish a book by Toronto professor Dr Jordan Peterson, above, who has been labeled an ‘icon of hate speech’, a ‘gift to white supremacists’ and a ‘right-wing revisionist.’

Vice reports that staff felt “ambushed” when they were told during a meeting earlier this week that the publisher would be debuting Peterson’s newest book, Beyond Order: 12 More Rules for Life, in March 2021.

Several employees confronted management about the company’s decision to publish the book, and dozens more have filed anonymous complaints.

On hearing the news, a junior employee who is a member of the LGBTQ community who linked Peterson with the white supremacist movement said:

He is an icon of hate speech and transphobia  … I’m not proud to work for a company that publishes him.

The company since June has been doing all these anti-racist and allyship things and them publishing Peterson’s book completely goes against this. It just makes all of their previous efforts seem completely performative.

A third employee said the company’s diversity and inclusion committee received at least 70 anonymous messages about Peterson’s book, and only a couple are in favour of the decision to publish it.

People were crying in the meeting about how Jordan Peterson has affected their lives.

They said one co-worker discussed how Peterson had radicalised their father and another talked about how publishing the book will negatively affect their non-binary friend.

Responding in an email statement, the company said it is open to its employees’ feedback.

We announced yesterday that we will publish Jordan Peterson’s new book Beyond Order this coming March. Immediately following the announcement, we held a forum and provided a space for our employees to express their views and offer feedback. Our employees have started an anonymous feedback channel, which we fully support. We are open to hearing our employees’ feedback and answering all of their questions. We remain committed to publishing a range of voices and viewpoints.

Peterson, 58, a University of Toronto professor of psychology turned anti-political correctness crusader, first ignited international controversy in September 2016, when he posted a lecture to YouTube stating he refused to use gender neutral pronouns for students and condemning Bill C-16, legislation that increased protections for trans and non-binary Canadians.

He also reported once said:

You have to admire Hitler! […] Because he was an organizational genius!

Any reader expecting a secular approach to psychology in his book 12 Rules For Life may be surprised by Peterson’s constant references to the Bible and Christian beliefs in the search for meaning and purpose in life.

Peterson has consistently refused to be pinned down on his personal religious convictions. When I pressed him on it, he described himself as a ‘religious man’  who was ‘conditioned in every cell as a consequence of the Judaeo-Christian worldview.’ The closest I could get to whether he really believed in God was that he lives his life ‘as though God exists,’ saying: ‘The fundamental hallmark of belief is how you act, not what you say about what you think.

Which leads to the question of what Peterson actually believes about the unique claims of Christianity. Doubtless he reveres its contribution to the world. He’s quick to critique anti-religious atheists such as Richard Dawkins, saying: ‘They just don’t take it seriously enough. They don’t contend with the real thinkers.’

He strongly endorses the effect of Christianity on the world, writing: ‘Christianity elevated the individual soul, placing slave and master, commoner and nobleman alike on the same metaphysical footing, rendering them equal before God and the law. It’s nothing short of a miracle.

But is it true?

I did a double-take when I saw Brierley’s byline, for years back, as host of a Christian radio programme, he’d invited me to debate an American evangelist. It did not go well.

After trying unsuccessfully for ten minutes to hector and intimidate me the evangelist totally lost his shit and stormed out of the studio, leaving me to pad out the remaining time in the slot to give listeners a mini-lecture based on George Gershwin’s classic line, “The things that you’re liable To read in the Bible, it ain’t necessarily so.”

I actually liked Brierley … even more so when he failed to suppress his amusement as I got into full flow about the absurdities, atrocities and contradictions in the”good book.”

My worse interview was on an early morning radio phone-in in Newport, New York, in the 80s. I was invited to give a Brit’s eye view of the US at a time when Reagan was hoping for his first pop at President.

I’d spent two weeks traveling from West voast to East, and everywhere I went I was told “this is not the real America.” After mentioning this on air, I asked where I was likely to find the “real” America. The host opened the phone lines, and the first caller advised me to visit Harrison, Arkansas.

This is the real America, buddy, cos they ain’t got no niggers, no faggots, no commies and no damn Jews.

All the calls that followed were in the same vein much, to the delight of the host – and to my horror. I grabbed my coat and fled.

If you’d like to buy me a cup of coffee – and boy, do I get through a LOT of coffee keeping this site active – please click the link below.

I’d love a cup of coffee

Melania Trump in discussions about writing her own memoir, reports say

Melania Trump in discussions about writing her own memoir, reports say

‘The Futures of Feminism’, a new book by Professor Emerita Valerie Bryson

The Day – Your Turn: Read about many remarkable Connecticut women in one book