A new book, From Mountains to the Sea, captures inspiring stories from the Penobscot River Restoration Project, a collaborative effort including the Natural Resources Council of Maine (NRCM) that worked to balance fisheries restoration and hydropower production in Maine’s largest watershed. 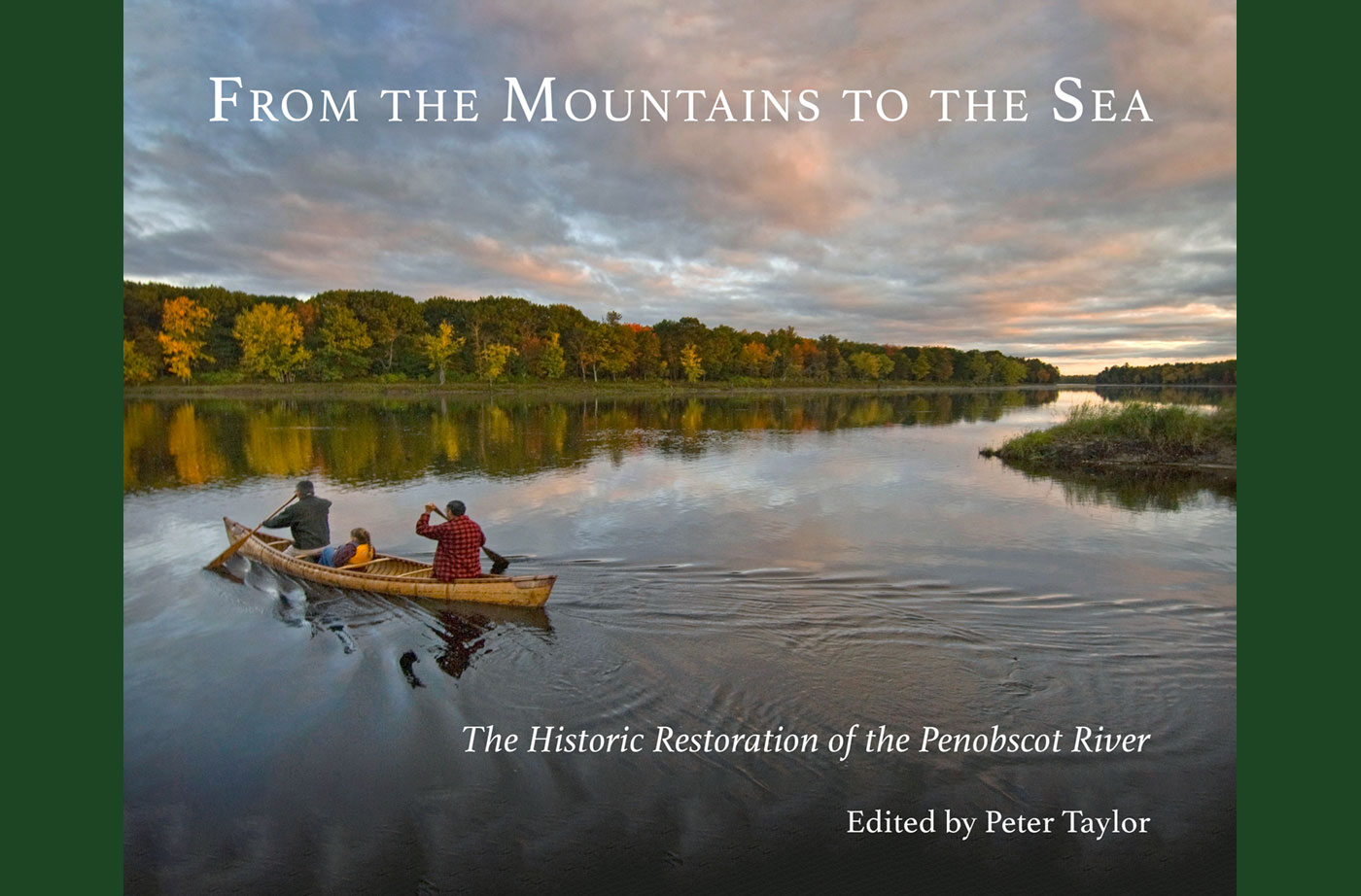 The project removed two dams—the Great Works and the Veazie—that had blocked fish migrations for more than a century. It has been a huge success, improving access for sea-run fish to more than 2,000 miles of habitat and proving that when you restore free-flowing waters to rivers everyone benefits.

NRCM is excited to give our supporters a sneak peek at the new book, offering an exclusive opportunity to read an excerpt of one of the chapters below. We hope you enjoy this inspiring story! 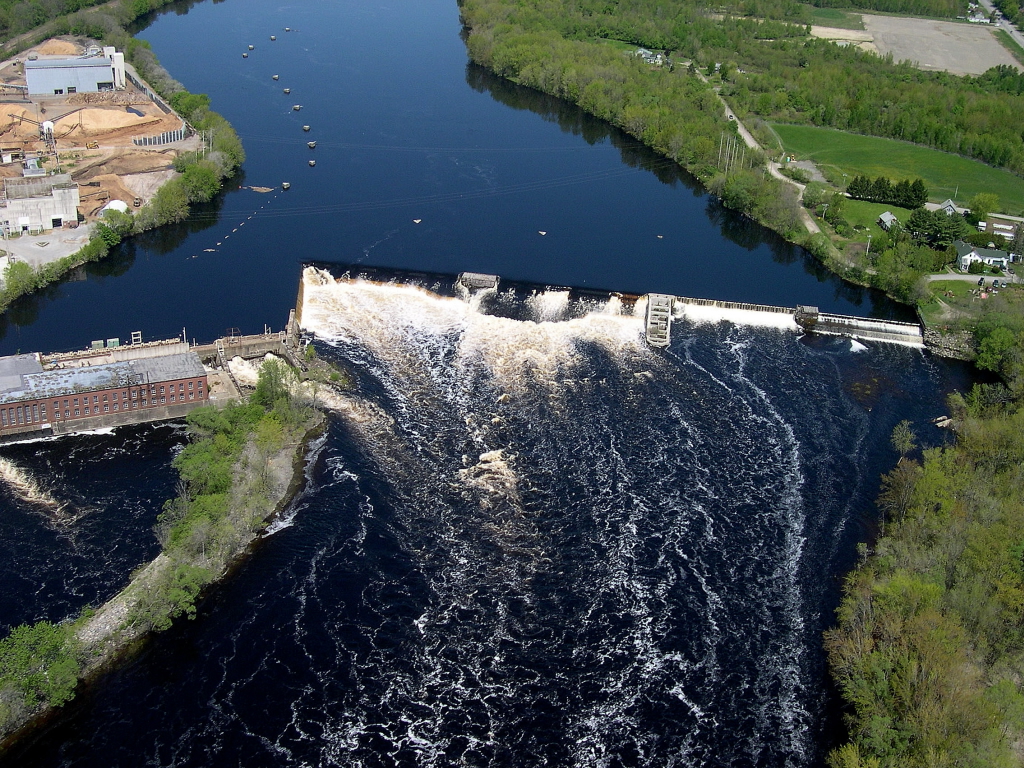 Aerial view of Great Works Dam on Penobscot River, one of the two dams removed during the Penobscot River Restoration Project. Photo by Point of View Helicopter Services

Read an excerpt from the soon-to-be-released book:

“What was most important was hearing about peoples’ relationship to the river, their personal history with the river,” explains [Laura] Rose Day [Executive Director of the Penobscot River Restoration Trust], who spent months learning about peoples’ concerns and encouraging them to consider the benefits of the project.

Linda Swackhamer, a resident of Veazie who lives alongside the river, acknowledges that change is hard. “It’s hard to give up water access when the river’s water level drops out of reach of your dock,” she says, by way of example. She also saw opportunity in the changes—the return of fishing for sea-run fish, a paddle trail along the river, new walking trails and waterfront parks.

“When peoples’ fears came up around the project, we needed to determine whether they were founded and if so, how to best address them,” Rose Day says. “Sometimes, we had to ask people if they could accept some downside of the project in context of the greater good. And honestly, this happened a lot. People went a great distance to accept these changes.”

Rose Day recalls a conversation that happened shortly after the project was publicly announced, when she was talking with people in a neighborhood near the Veazie Dam. “There was one house in particular that overlooked the dam. Barbara Leonard answered the door and invited me in. We walked into the kitchen where there was a table against a big window, and the dam was literally right there.” While Rose Day sat looking out over the dam, Leonard brought out lemonade and cookies. Returning to the table, “she grew very quiet for a minute,” Rose Day says. “Then, she nodded toward the water spilling over the dam and said, ‘Do you know what my grandkids call that? Grandma’s Waterfall.’”

By Rose Day’s account, there was “no real reason for this woman to be for this project. She liked things the way they were. But she learned a lot about what we were doing and why. We got to know each other quite well over the years.”

A few years after their initial meeting, Rose Day received a check. The note attached explained that this was a donation on behalf of the Leonard’s grandson, who was on a local EnviroThon team. The donation was his Christmas gift from his grandmother.

“When you listen to people, you can move out of an ‘us against them’ mindset,” Rose Day offers. “I believe most people who disagreed with us respected us. I never said no to anyone who wanted to talk about the project. I treated people the way I’d treat my neighbors.” 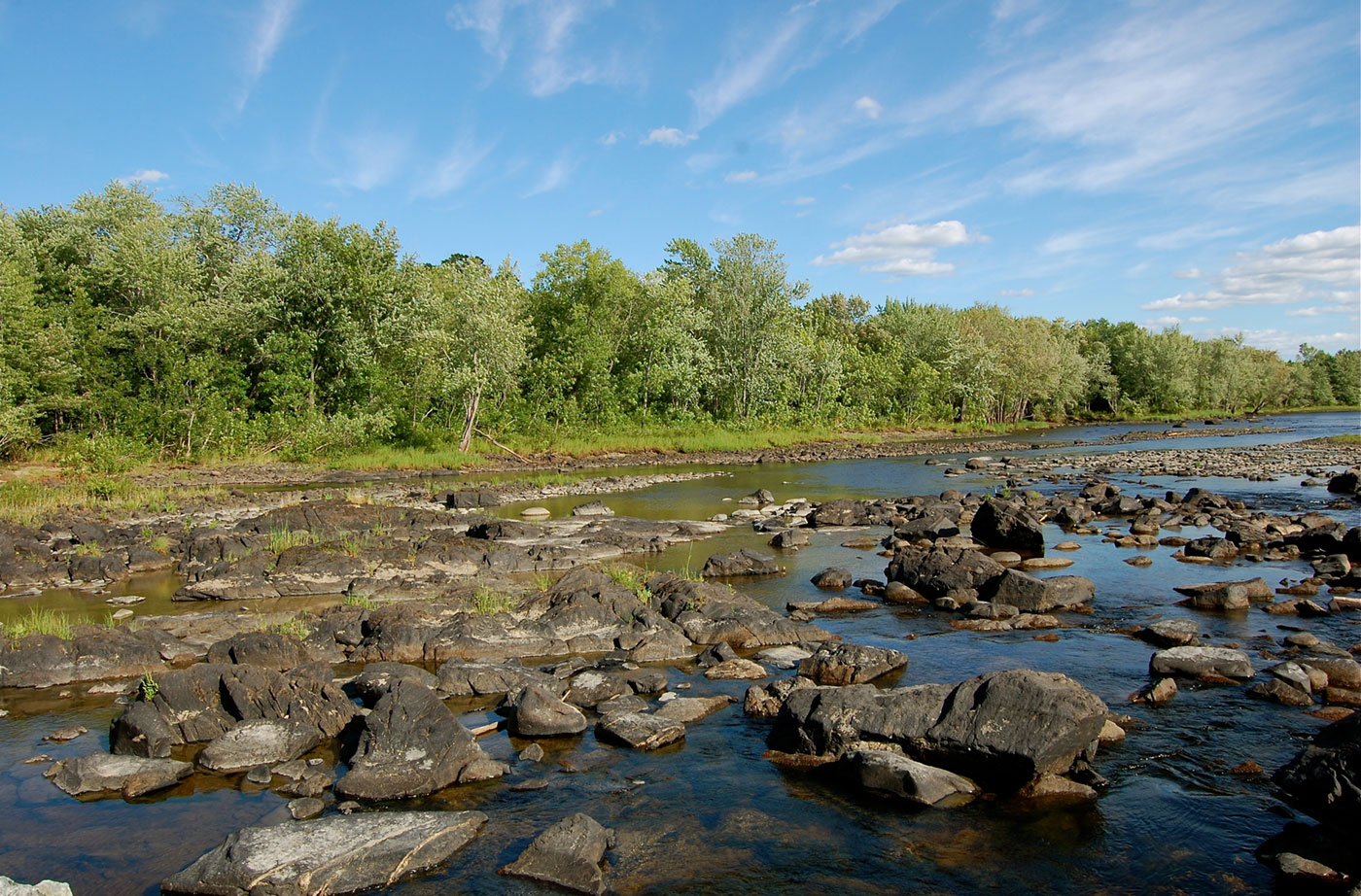 Penobscot River after the removal of the Great Works Dam

The project also caught the attention of people living downriver and along the coast, in towns like Stonington, where lobstering is the main industry. Lobster fisherman Larry Moffett has spent nearly four decades fishing and sees how the Penobscot River and the Gulf of Maine are essential to each other. “Some people forget that the river and the ocean are part of the same system,” Moffett says. “We’ve had dams limiting fish for nearly two centuries, so it’s easy to compartmentalize. But, historically, groundfish like cod and halibut in Penobscot Bay relied on sea-run fish like river herring as their forage base.”

When the number of sea-run fish declined, there was a corresponding decline in groundfish, says Moffett, referring to research by fellow commercial fisherman and MacArthur Award recipient Ted Ames. While acknowledging that other factors play a role in groundfish population size, Moffet says his support for the project was immediate and wholehearted because of the benefits for the Gulf of Maine.

In some instances, opponents to the project were less amenable to change. Rose Day recalls one woman who was so opposed to the project that she made repeated threatening phone calls to project staff. As always, Rose Day strived for a tenor of respect. “I had to tell her not to call our staff anymore but to communicate only through me,” Rose Day recalls. “I helped file her comments against the project with FERC.”

Throughout the watershed, the mood of public meetings gradually grew from skeptical to supportive. When Secretary of the Interior Dirk Kempthorne came to Maine in September 2006 to participate in a listening session, a wide variety of community members with different interests were encouraged to step up and speak. Many of them voiced their support for the project. “People have to care very much to speak in public. This documented their support and demonstrated that community members had accepted the project,” says [Cheryl] Daigle. 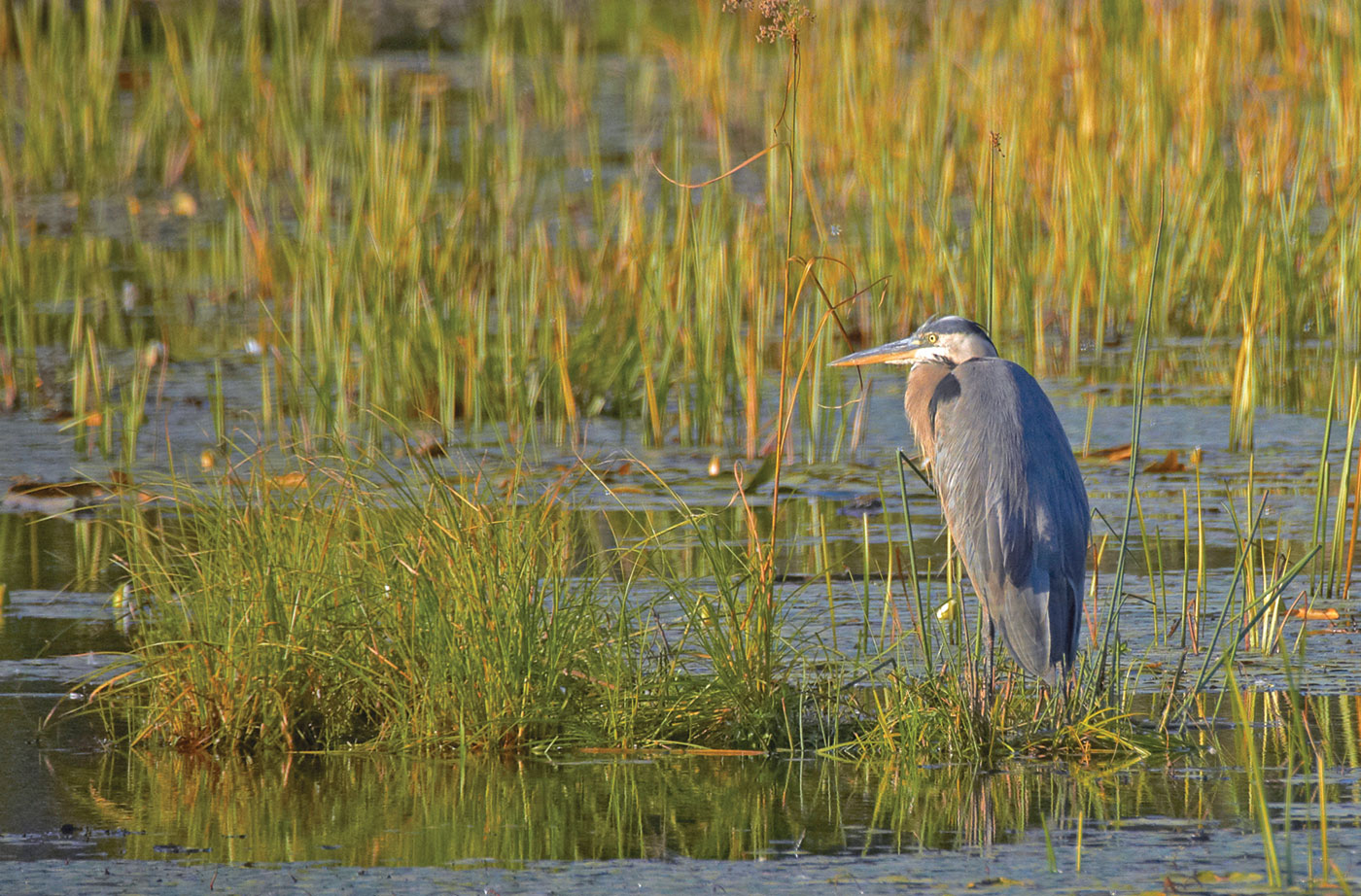 Teen with Down syndrome is CEO of an ice cream truck