Students should be more aware of and learn about literary magazines on campus. 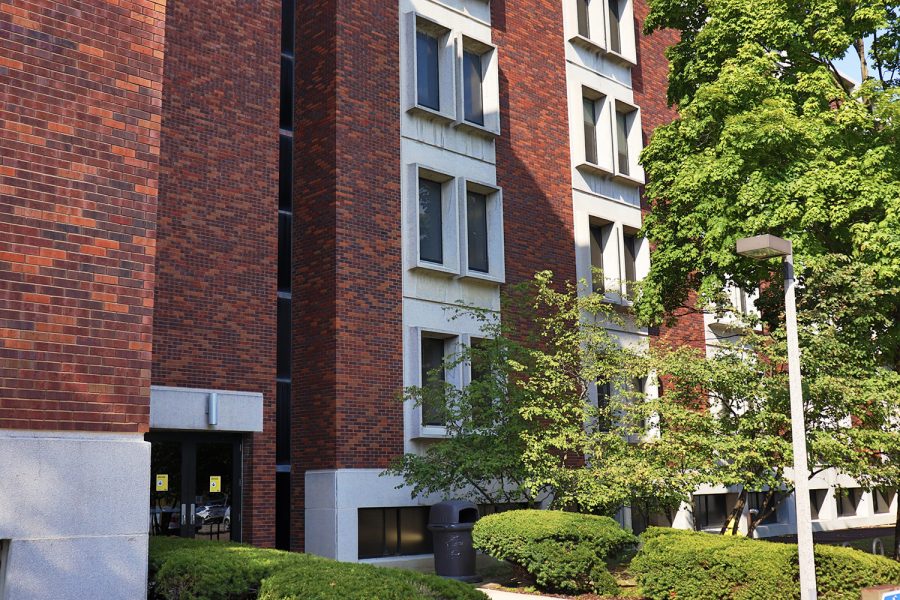 The English-Philosophy Building is seen on Wednesday, Aug. 26, 2020

As an up-and-coming New York Times Best Selling author — hey, it could happen someday — I constantly try to get my foot into the proverbial door of the writing world. Coming to the University of Iowa for English and creative writing degree was one of the various ways I tried to further myself after one high school creative writing class.

As a bumbling freshman, I knew little about publications outside of the campus newspaper. Then, I found Ink Lit Mag, one of the various literary magazines on campus. It is a first-year only magazine which means only first-year students can apply to hold a position on the editorial board, and only first-years can submit. There is the exception of the alumni section, where if you have been previously published in the magazine, have been on the editorial board, or have lived in the Writer’s LLC, you can submit past your first year.

Because of these criteria, I had to find more magazines on campus. The oldest literary review magazine on campus, earthwords, now has published 40 issues. There is also Fools, a culture and art magazine that combines literary pieces submitted by students and art pieces curated specifically for the pieces. I did not discover Boundless nor the Iowa Chapbook Prize until my sophomore year. Boundless translates pieces into different languages and the Chapbook prize is a Spring semester class run by Daniel Khalatchi.

Once I discovered that the Chapbook Prize was a class, I went in search of other non-student organization publications. I learned my sophomore year there were three publication classes that had a rotating magazine published every spring semester: Metal mag, Mirror mag, and Spect mag published prior to the pandemic. Patchwork, Zenith, and Sanct just had their publications last semester, and Patchwork and Zenith are continuing to pursue further publications outside of the class.

Simon Richael, a double major in English and creative writing and journalism and mass communications, knew about literary magazines before coming to campus through an older sibling connection. But he commented on the lack of connection in various organizations and how “having different lit mags collaborate on projects and events would be super cool and would help them gain traction and more readers and members.”

New Moon editor-in-chief, Nicholas Runyon is informed on the topic of literary magazines on campus. He learned about magazines from a tour guide, but information about the organization wasn’t the easiest to access.

“I needed to look them up and seek them out to get more information,” Runyon said.

After being a student on campus for almost two academic years, he established New Moon as a way to develop a new type of distribution.

New Moon, unlike the rest of the magazines on campus, is a once-monthly magazine that publishes a single page, double sided, of flash fiction and poems. Other magazines publish books once or twice an academic year.

I found all of these magazines because I had an interest in them. When I learned about the limitations in many of them — published once a semester, people stayed on the editorial board until graduation — I went out and started my own: Horizon Magazine. We are a rotating staff that explicitly hires those who have had no prior experience within magazines.

People outside of the English and creative writing community should learn about and submit to magazines. Go outside of your comfort zone and have people read your work. Magazines are always looking for fresh and new pieces to read.

Who knows, your piece could end up forever memorialized on campus in a magazine.

Columns reflect the opinions of the authors and are not necessarily those of the Editorial Board, The Daily Iowan, or other organizations in which the author may be involved.

Londoner’s Diary: Kazuo Ishiguro fears literature is on the wrong side of the fence in the battle over truth

‘The Girl on the Train’ movie review: A supposed suspense-thriller with a lacklustre attitude

‘The Girl on the Train’ movie review: A supposed suspense-thriller with a lacklustre attitude

Quantum computing: when ignorance is wanted