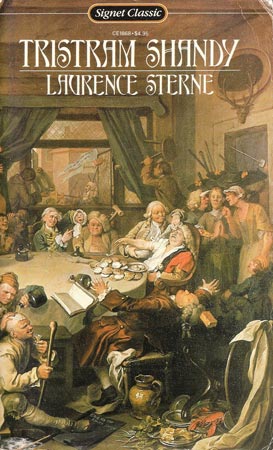 The philosophy of postmodernism in literature emerged in the 20th century. Perhaps the earliest proponent of the postmodern literary technique was Laurence Sterne, an Anglo-Irish novelist. His novel, Tristram Shandy is believed to have such narrative devices of this literary movement that were similar to the ones used by James Joyce, Carlos Fuentes, Milan Kundera, among others. Tristram Shandy is the narration of Sterne’s life. He used various metaphors and literary devices to add humour and depth to his narrative that that authors of his time were not using.

One aspect of postmodern literature is the use of metafiction. According to masterclass.com, “Metafiction is a self-conscious literary style in which the narrator or characters are aware that they are part of a work of fiction. Often most closely associated with postmodern prose, metafiction involves a departure from standard narrative conventions, in which a self-aware narrator infuses their perspective into the text to create a fictional work that comments on fiction.” Some examples of metafiction in literature include The Canterbury Tales by Geoffrey Chaucer, who merges linguistic styles and rhetorical devices to create stories and regularly addressing directly to the readers. The prologue of Don Quixote by Miguel de Cervantes Don Quixote sees the writer talk directly to the readers. The French Lieutenant’s Woman by John Fowles is a historiographic metafiction novel that features a narrator who explains the story between a gentleman and a governess in the Victorian era. Gravity’s Rainbow by Thomas Pynchon uses culture, science, social science, among others to inquire about the history and its process of creation along with its impact on society. 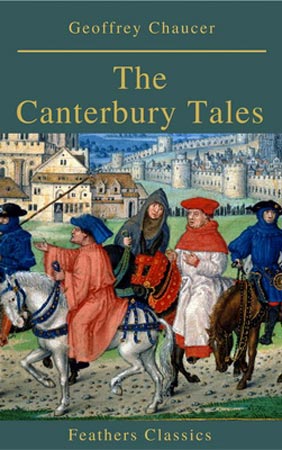 Another feature of postmodernism is intertextuality. It is a literary device that uses a textual reference within another body of text. Instead of using referential phrases from different literary works, intertextuality focuses on the concept, rhetoric, or ideology from other writings to be added in the new text. For instance, literary researchers connect Ulysses by James Joyce as a deliberate retelling of Odyssey by Homer. A Tempest by Aime Cesaire is an adaptation of The Tempest by William Shakespeare. Cesaire explains the play from a post-colonial viewpoint and alters the characters’ occupations and race.

Literary works based on technoculture and hyperreality were also produced during postmodernism. American literary critic, Fredric Jameson, aptly calls postmodernism the “cultural logic of late capitalism”. Here, late capitalism signifies that the social structure of the world has exited the industrial age and entered into the age of information. Neuromancer by William Gibson is a cyberpunk novel that reflects on Case, the protagonist, who struggles to distinguish between realities – the real world and cyberspace. He has a problem accepting his identity, which is largely affected by technology. Snow Crash by Neal Stephenson, covers cryptography, anthropology, computer science among other themes. It is an example of using technoculture in literature. Hiro is the protagonist who lives in both the real and the virtual world and faces challenges about his existence.

The writer is an independent researcher, author and columnist. He can be reached at omariftikhar@hotmail.com and Tweets at @omariftikhar

The literary character behind Netflix’s Lupin