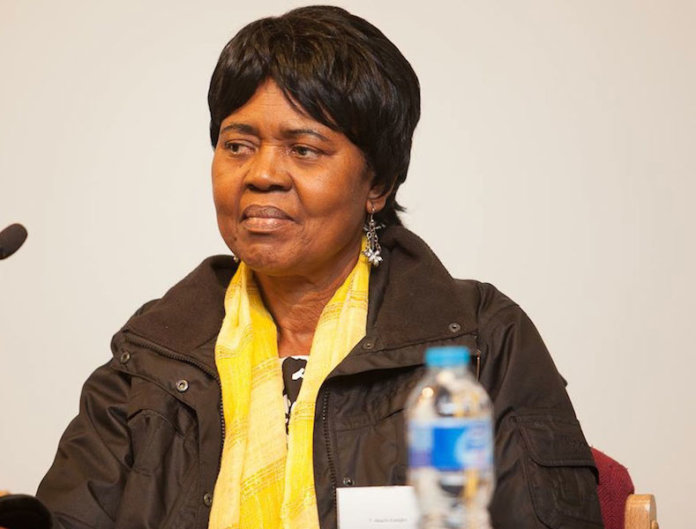 Akachi Adimora-Ezeigbo, a past prize-winner of The Nigeria Literature Prize and a University of Lagos’s emeritus professor of English, on Wednesday, March 17 assumed duties as the new chairperson of the prize’s Advisory Board. She succeeds Professor Ayo Banjo, a University of Ibadan’s emeritus professor of English who had served as chairman since the inception of the Prize in 2004.

The appointment of the prize’s former panel of judges member was announced by the Nigeria LNG Limited (NLNG) during a Zoom meeting attended by the literary industry’s stakeholders to flag off the 2021 cycle of the competition.

Professor Adimora-Ezeigbo, who won the Prize in 2007 in the Children’s Literature category, alongside Mabel Segun, assumed her new role with Professor Olu Obafemi and Professor Ahmed Yerima, who are the other members of the newly-reconstituted advisory board. Professor Obafemi, a playwright, poet and a professor of English at the University of Ilorin, has served in prominent roles including as president of the Nigerian Academy of Letters and the Association of Nigerian Authors. While Professor Yerima, a professor of theatre and performing arts at the Redeemer’s University, is a playwright, theatre director and a laureate of the Nigeria Prize for Literature in the drama category in 2006.

The new board officially handed over the 202 entries in prose fiction, which had to be carried over from last year after the prize’s postponement due to the coronavirus pandemic ( a. k. a. COVID-19), to a panel of judges to mark the start of the cycle.
Speaking at the virtual ceremony, NLNG’s General Manager for External Relations and Sustainable Development, Mrs Eyono Fatayi-Williams, expressed appreciation to Emeritus Professor Ayo Banjo and Emeritus Professor Ben Elugbe for their selfless service to the prize, adding that the outgoing Board, which included the late Professor Jerry Agada, oversaw the growth of the prize into Africa’s foremost literature competition best known for its principles of excellence and integrity.

According to her, the reconstitution of the advisory board was geared towards making the prize’s governance framework and brand stronger. Noting that the new advisory board members are scholars who have distinguished themselves in their areas of specialisation and have contributed significantly to literature in Nigeria, she said the new members will bring an enormous wealth of experience to the prize.
Mrs. Fatayi-Williams also disclosed that the pandemic impacted on the established process of the prize, but that it also presented other opportunities on how literature could be marketed and consumed. Calling on writers to seize the moment, she added that it was time to push out creative works as people spend more time at home, reading.

The prize’s this year’s panel of judges is led by Professor Toyin Jegede, who is a professor of Literature in English at the University of Ibadan. She is a also Fellow of the British Council of Nigeria, of the Centre for Afro-American Studies, University of Coimbra, Portugal and of the Comparative Literature Association, University of South Africa, Pretoria, among others. She has, in addition, served as an international panellist for the Commonwealth Book Prize for Literature.

The other members of the judging panel are Professor Tanimu Abubakar and Dr. Solomon Azumurana. Professor Abubakar, a professor of literature in the Faculty of Art, Ahmadu Bello University, Zaria, is also a member of Nigerian Academy of Letters. And Dr. Azumurana is a senior lecturer in the Department of English at the University of Lagos.

The Nigeria Prize for Literature, which is unarguably Africa’s most prestigious literary award, offers a cash award of $100,000 and rotates yearly among four literary categories – namely, prose fiction, poetry, drama and children’s literature. It also runs
concurrently with the Nigeria Prize for Literary Criticism (also sponsored by NLNG), which awards N1 million cash prize, for which four entries were received in 2020.

Meanwhile, the prize’s 2022 cycle, which will be focused on poetry, will commence in February 2022 with a call for entries.
The meeting was also attended by the NLNG’s Manager, Communications and Public Affairs, Sophia Horsfall and the company’s Head, Media Relations, Anne-Marie Palmer-Ikuku.

China Literature to Report 2020 First Half Financial Results on August 11, 2020

From Jane Eyre to Brideshead Revisited, writers pick classics to read in lockdown