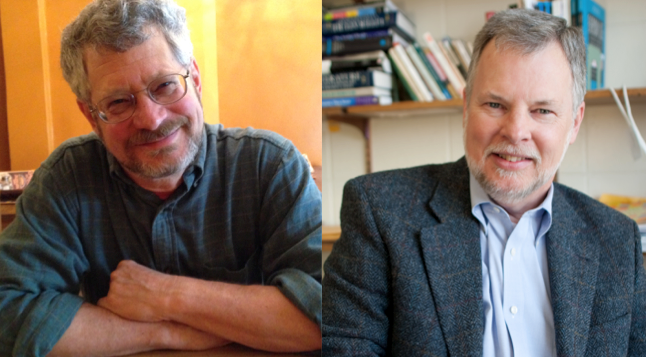 Above: Eli Goldblatt and David Jolliffe; below: cover image of their co-authored book; at bottom: Jolliffe and Goldblatt, friends as well as fellow literacy scholars (photo credit: Wendy Osterweil).

Use when space is available

Looking at the authors’ long friendship (spanning three decades) and shared scholarly interest in Literacy Studies, you could say that their book project was destined to happen.

Both Jolliffe and Goldblatt worked early on as writing program administrators at large, urban public universities — Goldblatt at Temple and Jolliffe at the University of Illinois at Chicago. In addition, they kept bumping into each other, over the years, at meetings and conferences about research into writing and writing pedagogy. 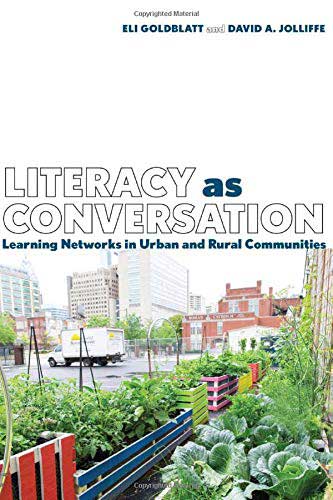 By the time they were midway through their careers, and after Jolliffe had moved to Arkansas, they also discovered they were both deeply involved in community literacy projects.

“We found ample opportunities to compare notes,” said Jolliffe, “and we discovered that the issues and approaches that surfaced in our work were quite similar, even though Eli’s projects were based in north Philadelphia and mine were mostly in rural communities in Arkansas.”

Their common research area and mutual respect for each other’s work directly contributed to their decision ultimately to collaborate on a book project, but the fact that they were already close friends by then ensured the process would be personally rewarding, as well.

“We became friends because we have a similar orientation toward writing — we’re practical about helping people by responding to their expressed needs. We’re a bit visionary in our commitment to imagining a better world through the arts, and we share a rather corny sense of humor,” explained Goldblatt.

“David’s three months older than I am; I’m willing to accept his elder wisdom while he puts up with my youthful outlook.”

Writing the book took five years to complete, but Jolliffe and Goldblatt agreed that the process of researching their topic was well worth the time they invested.

“The best part of working on this book,” Jolliffe observed, “has been getting to know the wonderful array of people in Arkansas who realize that the quality of life in their communities is enriched when people engage in well-informed discussions that are shaped by reading and writing.”

And actually, Goldblatt pointed out, he and Jolliffe had been independently collecting material related to the book’s focus for years before they formally began to collaborate. 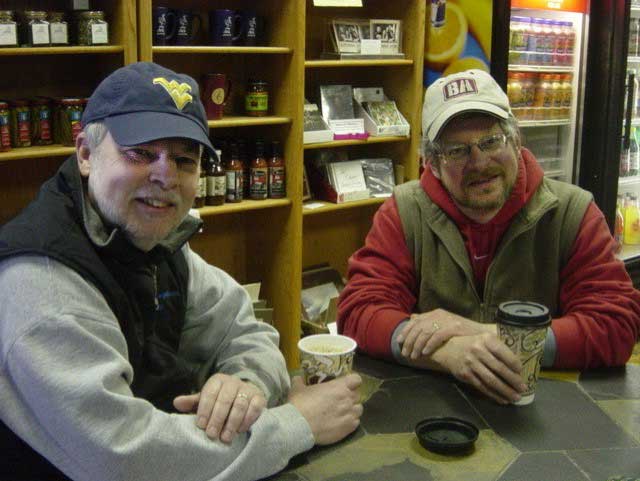 “When we decided to work together to write this book, we had so much to say to each other that the big challenge was how to organize the stories, how to say something in and around the stories that explains, to some extent, what we’ve seen and how we made decisions about what projects to take on. As we say in the book, our work has been driven by outrage, surprise, and joy — good sources for seeking out what John Lewis called ‘good trouble.'”

When asked how Literacy as Conversation breaks new ground in the field of Literacy Studies, Jolliffe responded that the book “characterizes literacy as more of a verb than a noun. We see literacy arising and taking shape as people confront issues in their communities by engaging in serious discussions of these issues and then moving toward reading and writing projects that aim to address these issues.”

Further, Jolliffe and Goldblatt aimed to appeal to a range of audiences — other scholars and professors, of course, who can use Literacy as Conversation as a textbook in college courses on community literacy, but also those working in non-profits, policy makers, and others who can benefit from thinking about literacy in a more expansive way, as a form of “learning outside schools and academic programs,” said Goldblatt.

“We highlight [in the book] community arts centers, urban farms, local theater, and health care systems as the means for developing active forms of literacy. We want readers to appreciate the human and interactive side of learning, the ways reading and writing connect people within a region and across historical periods. We want people to do things with words and to appreciate each other through shared activities.”