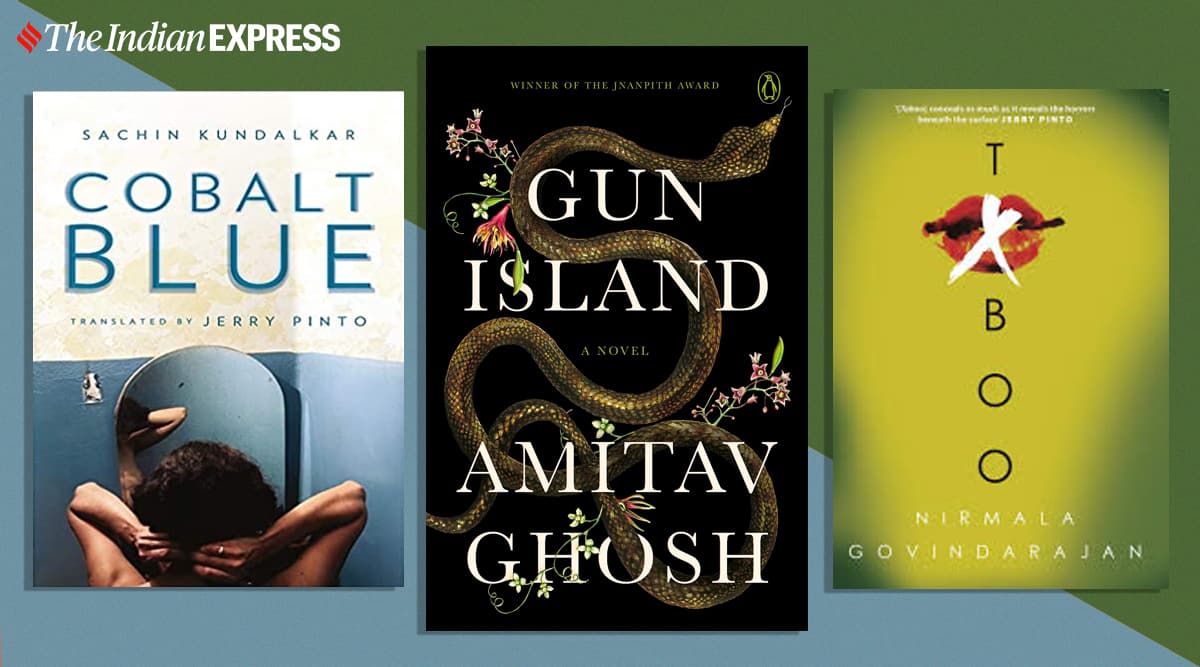 The winner will receive USD 5,000 along with a Rabindranath Tagore statuette. (Source: Amazon.in | Designed by Gargi Singh)

Author Amitav Ghosh’s Gun Island and Raj Kamal Jha’s The City and the Sea are among the books contending for this year’s Rabindranath Tagore Literary prize, founder of the award, Peter Bundalo announced on Friday.

The Rabindranath Tagore Literary Prize was founded in 2018 by US-based publisher Bundalo as a platform for world peace, literature, art, education and human rights. Apart from Ghosh and Jha, other contenders for the literary award are — Nirmala Govindarajan for Taboo, Ranjit Hoskote for Jonahwhale, Sachin Kundalkar for Cobalt Blue translated from Marathi into English by Jerry Pinto, Varun Thomas Mathew for The Black Dwarves of the Good Little Bay, Sonnet Mondal for Karmic Chanting, Rochelle Potkar for Paper Asylum, Bijoya Sawian for Shadow Men, and Sudeep Sen for EroText.

The winner will receive USD 5,000 along with a Rabindranath Tagore statuette. The prize money was reduced given the global economic crisis in the wake of the coronavirus pandemic. The winners in the previous editions received USD 10,000 as the prize money. “It is an immense pleasure to announce Rabindranath Tagore Literary Prize Shortlist for 2020. What elevates our sense of enthusiasm about this award is the fantastic piece of work done by each nominee that has definitely in every possible sense pushed the bar up a notch.

“The result is a range between internationally renowned and emerging authors, whose flair, virtuosity and imagination we found mesmerising,” Bundalo said in a statement. He added that they have started “the donation of initial 10,000 books to schools throughout India of our first winner Kabir for One Hundred Poems of Kabir, translated from Hindi to English by Rabindranath Tagore”.

Last year, British Indian novelist Rana Dasgupta was awarded the literary prize for his novel Solo. The award also recognises works towards human rights and world peace with the Social Achievement Prize. The Rabindranath Tagore Literary Prize for Social Achievement 2019 was awarded to Yohei Sasakawa for his efforts to uproot leprosy and to Madame President of Taiwan, Tsai Ing-Wen, and Taiwanese people, for being a beacon of democracy, human rights and freedom. The winners will be announced on December 7 at http://www.tagoreprize.com and social media platforms like Facebook, Twitter, and Instagram.

George RR Martin pushes back Winds of Winter yet again

A year for SciFi: Local author shares book picks for a year shaped by pandemic | Entertainment