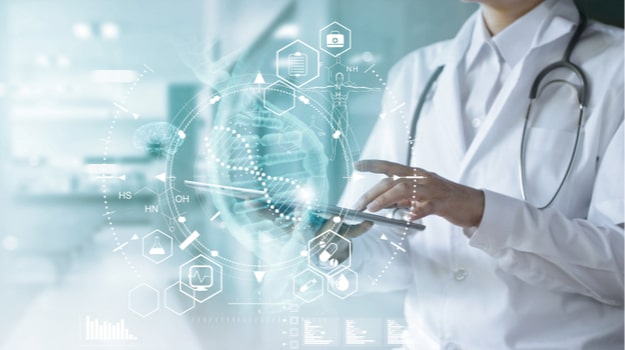 Every week there are numerous scientific studies published. Here’s a look at some of the more interesting ones.

Depression Associated with Inflammation and Menopause

Two studies published by University of Texas Southwestern Medical Center researchers analyzed data from the Dallas Heart Study (DHS), which has tracked the health of thousands of participants since 2000. One of the studies, published in the Journal of Clinical Psychiatry, demonstrated a link between an inflammatory blood molecule and the likelihood of depressive symptoms. They found that levels of GLycA, an inflammatory molecule not typically tested in patients, was associated with severity of depressive symptoms. Even after taking into consideration sex, ethnicity, antidepressant use, education, and body mass index, GLycA levels were associated with depression severity.

“This study suggests that maybe we could predict or diagnose depression based on inflammatory scores,” said Samara Huckvale, an undergraduate at Columbia University working in the laboratory of UT Southwestern professor Sherwood Brown, senior author of both papers and professor of psychiatry and vice chair for clinical research at UTSW. “Or maybe eventually we’ll be able to design therapies that actually target this inflammation to treat depression.”

The second study was published in Maturitas by Brown and colleagues. In this research, they used DHS data to analyze menopausal women, a group identified as having an increased risk of depression. They analyzed data on 384 women aged 37 to 73 years who self-reported in menopause. The women reported on symptoms typically associated with menopause, which the team then grouped into vasomotor, psychosocial, physical, or sexual symptoms. The women also completed the Quick Inventory of Depressive Symptomatology-Self Report survey (QIDS-SR), which gauged depressive symptoms.

“Recognizing patterns in who is most likely to develop depression is really important to help guide our screening efforts,” said Sydney Singleterry, co-first author of the Maturitas study and a fourth-year UTSW medical student.

Researchers with Michigan Medicine – University of Michigan found that the first months after a hospital stay for COVID-19, patients had a high risk of ongoing health problems, readmissions and death; but the highest risk was in the 10 days after leaving the hospital. The study found that COVID-19 patients had a 40% to 60% higher risk of readmission or dying in the first 10 days when compared to similar patients who were treated at the same hospitals during the same period for heart failure or pneumonia. But by the end of 60 days, the overall risk of readmission or death for COVID-19 patients was lower than for heart failure or pneumonia. But the study did find that in the first two months, 9% of COVID-19 patients who survived hospitalized had died, and about 20% had a setback requiring readmission—on top of the 18.5% who died during hospitalization.

Investigators with the UCLA Jonsson Comprehensive Cancer Center evaluated a new combination therapy that suppresses the MAPK pathway. The two-drug combo has the potential to treat BRAF-mutated melanoma, but also other aggressive cancers, including melanoma, lung, pancreatic and colon cancers that include RAS or NF1 cancer gene mutations. The work was preclinical, but utilized a second-generation RAF inhibitor with a standard MEK inhibitor and found it to be effective in treating cancers with these mutations and may also be able to treat cancers with specific BRAF mutations that become resistant to current standard-of-care treatments. The combination is now being evaluated in clinical trials in both melanoma and other solid cancers such as non-small cell lung cancer.

Protecting Neurons and Encouraging Their Growth

A number of neurodegenerative conditions, ranging from glaucoma to Alzheimer’s, are marked by axon injury. Axons are the long, thin projections that conduct electrical impulses between nerve cells. Injury to the axons often results in neuronal impairment and cell death. Researchers at the University of California San Diego School of Medicine and Shiley Eye Institute at UC San Diego Health identified a new family of enzymes, germinal cell kinase four kinases (GCK-IV kinases) whose inhibition appears to be strongly neuroprotective, while also allowing axons to regenerate. It’s been known that inhibiting another enzyme, dual leucine zipper kinase (DLK) protects neurons, but DLK also inhibits axonal regeneration. They have been evaluating GCK-IV kinases in optic nerve cells. Glaucoma, for example, is an optical disease of internal eye pressure that can cause nerve damage and blindness, but eye pressure is only part of the problems. “At its core,” said Derek Welsbie, associate professor of ophthalmology at Shiley, “glaucoma is a neurodegenerative disease characterized by progressive loss of RGCs and their axons, leading to measurable structural and functional damage to the optic nerve, visual impairment and blindness.”

Spermidine Appears to Improve the Effectiveness of Vaccines in Older People

Investigators with University of Oxford, U.K., found that a drug that helps remove cellular debris in immune cells appears to increase the protective effects of vaccines in older adults. They identified a compound called spermidine, which increased autophagy—the removal of cellular debris—and increases T-cell function. In cell cultures, they found that adding spermidine restored autophagy to the same levels observed in T-cells in younger people. A small clinical trial recently evaluated if giving spermidine to older adults would improve cognitive function, and had positive results. It did not appear to be harmful, and is supportive of further clinical studies to test if it can help the immune responses of older people.

Injuries to the anterior cruciate ligament (ACL) in the knee have long been associated with type of shoe, surface and sport (as well as trauma). Researchers with Sweden’s Lund University, analyzing data from the Swedish Twin Register and data from the Swedish National Patient Register, were able to observe how many identical twins and fraternal twins had been diagnosed with ACL rupture. The study analyzed a total of 88,414 twins aged 17 or older.

“Our results show that genes appear to contribute more than we thought,” said Karin Magnusson, researcher and expert in twin studies within the field of orthopedics at Lund University. “To put it very simply, we can say that out of all cruciate ligament injuries, 69% can be explained by genetics. This should not be interpreted to mean an individual’s risk of suffering the injury is 69%, rather that it is significant in terms of the wider population.”

Predictions for cloud computing in 2021

Predictions for cloud computing in 2021