Review: The Juice by Janet Stilson 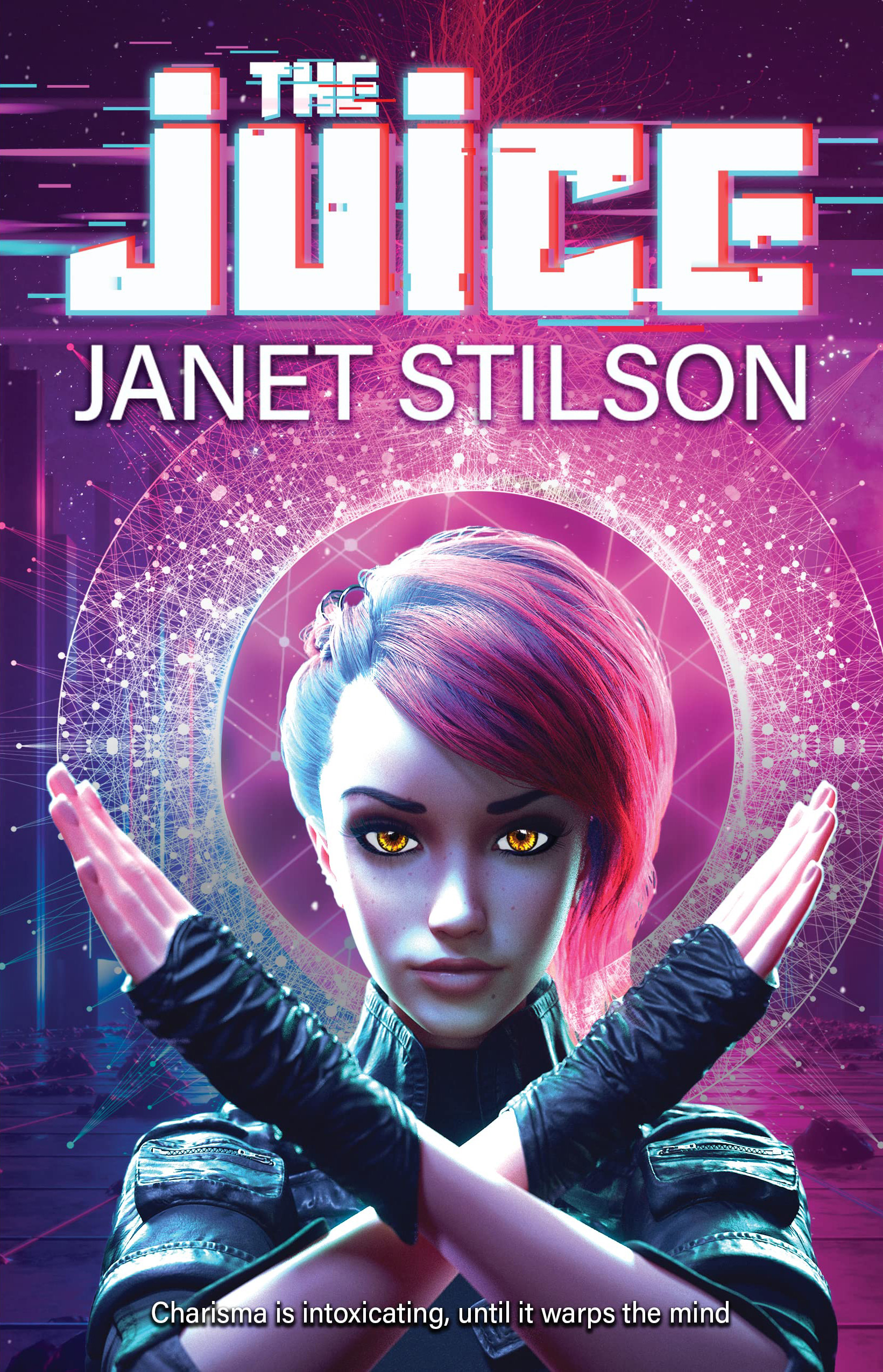 Imagine being able to control people’s cravings. Sounds pretty wild, doesn’t it? The Juice explores this in a rather interesting way!

A science fiction that feels a little too close to the future, it was definitely very interesting to see how manipulation was heavily featured, in several different ways. These included dreamisodes, a mechanic developed by this company to influence people to buy things, signing up for the military, or having the urge to do other things. Then there is The Juice, a chemical that was stolen and consequently used to make people so desirable and persuasive. It really made for a juicy story, really!

I loved how Stilson combined the use of a chemical and the use of manipulation as it made for a refreshing story, and a rather abstract context. I did feel a little sorry that both Luscious and Dove were given this wonder-drug, making them puppets and maybe a little complicit in what was happening within the company they worked for. Heck, the head honchos of the TV network wanted to come into power (as in be the government), and that just sounds nefarious as heck, if you ask me.

Luscious has hope to break free, with the introduction of Jarat, who is attempting to recover the stolen ‘Juice’ from these corporate overlords. I was definitely here for it, as it kind of let me into the story, to imagine that I was spying. Even though Luscious is used to convince people to buy gum, she doesn’t approve of this later on and uses her charisma (caused by the Juice) to tell people the truth. Dove, however, is a hundred percent the company’s puppet and heck they even tried to make him run for vice president of United America (the book’s version of the USA), just because he’s just that charismatic. Unfortunately The Juice has bad side effects if you take too much or too little, after taking it, which poses control problems within the company.

Whilst I enjoyed the characters for what they were, I wish I had a little more story behind them. Yes, we know that Luscious came from a poor background, but what about the others, such as Dove? I wanted to know more about him, and how he came to be part of the Charismite program. It became a little hard in some points to distinguish who was who whilst reading, as there were many smaller characters that came and went, seemingly from nowhere.

However, the writing was fast-paced, and was a joy to read. Some dystopian and science fictions worlds aren’t that snappy, but this one definitely was. Whilst at the start, it was a little hard to connect the dots between scenarios, it became clearer the more I went into the book. The story also did super well in keeping me engaged, even though I put this one down for a couple of days because I got super busy (not the book’s fault, I assure you!). I also really liked how the writing made me feel like I was involved in the story, seeing everything happen as if I was there at the time. Even the plot made me happy because I like a good realistic science-y sounding plot. My only wish was that I wish I could’ve experienced a written version of the dreamisode, that would’ve really made it really pop. Overall, I was super keen to keep reading because the writing was absolutely great.

Overall, this is an interesting science fiction cross dystopia story that is sure to open some eyes, especially with its political cross references. I’m looking forward to reading more of Janet’s work in the future!

The Juice is available from Amazon, and other good book retailers, as of February 9th 2021.

Will you be picking up The Juice? Tell us in the comments below!

When charisma is a superpower, it’s a mind-bending force.

Jarat Ellington was just an exile from Elite society, trying to lead a simple life, when a genius friend dropped an explosive mystery in his lap. The old pal, Thom Tseng, created a priceless chemical substance called the Juice that turns mildly charming people into almost god-like presences, known as Charismites. But the Juice is stolen, and Thom killed.

With the help of a secret organization, Jarat goes on an obsessive quest to uncover the deadly adversary who now controls the Juice. He must fight his intense attraction to a Charismite named Luscious Melada—once a dirt-poor, homely teen who transformed into an extremely magnetic starlet. And he goes up against Petra Cardinale, a powerful, ambitious media executive with a secret agenda.

THE JUICE is at turns an espionage rollercoaster ride and a spellbinding romance. Along the way, it explores the future of America and government control of media.

Don’t miss The Juice, by Janet Stilson. If you love the cyberpunk science fiction of William Gibson; the dystopian world of A Handmaid’s Tale; or sci-fi detective novels, this story is for you. Come check it out.

Leading the way in diversity in literature at GCSE