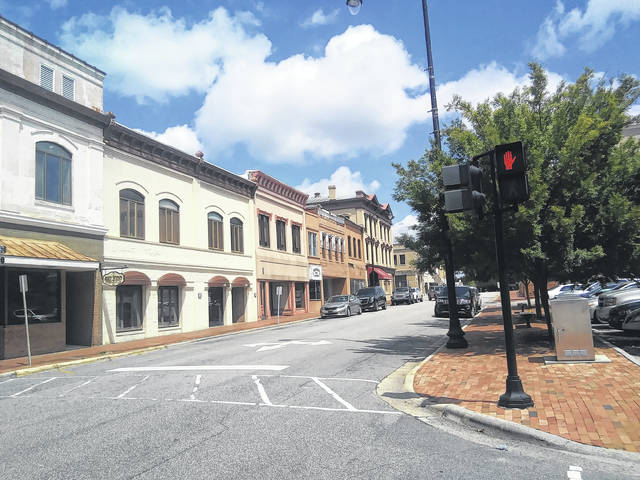 The plan requires bars, gyms, movie theaters and amusement parks to remain closed and requires face coverings in public places. The plan first announced May 8 has been extended four times.

Phase II of Cooper’s reopening plan allows the opening of dine-in restaurants with limited seating, barber shops, salons, parks and public pools. The order was first extended May 22 after expiring, then extended again June 24 with the addition of mandatory wearing of masks when in public places that don’t offer opportunities for social distancing.

The order was again to expire July 17, but Cooper announced yet another extension July 14.

While some residents stand by the Cooper’s decision, others feel the state is ready for some normalcy.

Daven McCall, part-owner of Ooh La La Boutique, closed for three weeks after the initial stay-at-home order was issued. He said the governor should have more trust in businesses to reopen.

“I think everybody is ready to open,” McCall said. “I think people now understand the importance of social distancing. If I’m in the elevator and I see other people, I’ll get out of the elevator. Now it’s all about being safe.”

McCall’s exception is bars and clubs. Being in an environment with “people being intoxicated, more germs in the air, and just a close environment,” the risk is much higher for being infected with COVID-19, he said.

Gyms should be treated like restaurants and limit the amount of people entering, while also cleaning thoroughly, he said.

McCall believes keeping things closed will only make reopening that much harder.

“It’s probably going to be harder to keep social distancing if we stay closed,” he said.

Tony Paylor, owner of Diamonds Cuts and Styles barbershop since 2016, was forced to close his shop because of Cooper’s initial shutdown order. His business, and barbershops across the state, wasn’t allowed to reopen as part of Cooper’s Phase I plan.

Although Paylor’s business took a hit during the time, and he is still feeling the effects now, he stands by the extension of Phase II.

“I think it’s the right thing to do for right now,” Paylor said. “The disease is still up. It’s not getting much better.

“A lot of people are still scared to come out.”

Paylor said he tries to see hope, but doesn’t feel confident about where the state is now.

“I look forward to things getting back to normal, but it’s going to be a while,” he said. “It’s going to get rough before it gets better … but I hope things change.”

Jordan McNeill and Kim Locklear, both cashiers at Sweet Candy Cafe in Lumberton, have mixed feelings about the reopening.

“There’s no way to social distance in those types of settings,” McNeill agreed.

However, McNeill believes it’s not fair that other businesses can reopen.

“I understand he’s (Cooper) taking extra precautions, but we still got all this other stuff open,” McNeill said.

Jack Taylor, owner of Jack’s Electronics, for nine years, is completely against the governor shutting down the state to begin with.

“I think it’s all just a bunch of bull,” Taylor said. “I’m just ready for it all to be over with, really.”

Taylor questions the legitimacy of COVID-19 being a major threat.

“It was never a pandemic to start with,” Taylor said. “I think everything needs to get back to normal.”

He agrees that more safety measures should be in effect for the elderly, but no more than what has been done for the flu, Taylor said.

“I can see for older sick people, but 40 minus, no,” Taylor said. “It’s no different than the flu is in the winter.”

Susan J. McNeill, an employee at the Taylor’s business, said she has no opinion on the matter but she does have personal boundaries.

“I don’t have no opinion, but I’m sick and I don’t want you in there (Jack’s Electronics) coughing on me,” McNeill said.

Joyce Thompson, a traveling certified nursing assistant, is on the opposite end of the spectrum from Taylor.

“You gotta think about your life,” Thompson said. “I think about me every day going back to work and having to worry about catching COVID-19 and bringing it back to my kids.

“I don’t disagree with that (extending Phase II), no I don’t.”

Thompson said keeping essential businesses, and barbershops and salons open is a necessity, but bars and gyms are not.

“That’s different, something to enjoy life,” she said. “That’s not something that’s got to be open. That’s fun.”

Bars and gyms offer opportunities for “too much clutter,” she said.

“Hospitals are cluttered, but we need that,” Thompson said. “That’s saving a life, not taking a life.”

“There’s a lot of them out of work and they’re killing each other,” Page said. “They should open back up to give young people the opportunity to work. Jobs, school, work, they need to open back up.”

He sees the impact the order has caused on businesses.

“Look how this foundation is going down,” he said. “There’s people out here homeless. They need to get this thing going.”

The Phase II expansion is to expire Sept. 11.

The 10 Best Films About Spirituality