By Faith Ridler For Mailonline

The National Trust has acquired a romantic beauty spot in Exmoor which inspired the 19th-century novel Lorna Doone.

The charity bought the nine acre site on the border of Devon and Somerset for £1.5 million shortly before coronavirus lockdown measures were introduced in March.

But the National Trust stressed the site is likely to be its last acquisition for ‘quite some time’ as the lockdown has significantly affected the charity’s finances, with an estimated £200 million loss of income this year.

The idyllic site includes Lorna Doone Farm in Malmsmead, near Lynton and the nearby Cloud Farm campsite in the wild Exmoor landscape which inspired RD Blackmore’s 1869 novel.

In the book, Blackmore describes the deep green valley ‘carved from out the mountains in a perfect oval’ and wooded hills ‘swept up to the sky-line’ as well as a river ‘gilded out from underground with a soft, dark babble’. 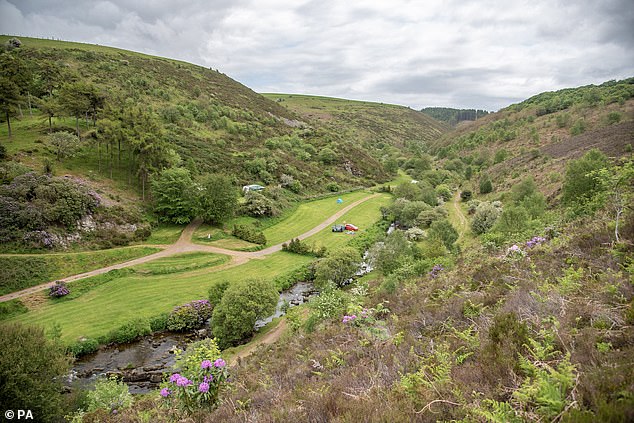 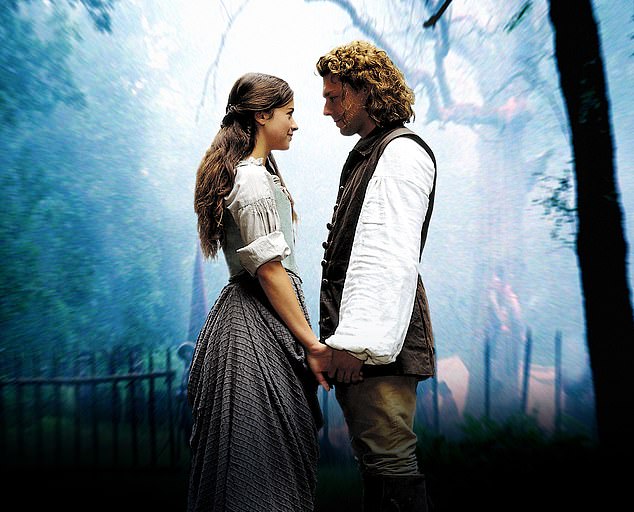 Pictured: Amelia Warner as Lorna Doone and Richard Coyle as John Ridd in a BBC One adaptation of the 1869 novel

Set in late 17th-century Exmoor, Lorna Doone tells the story of John Ridd, a farmer who finds forbidden love after his father is slain by the lawless Doone clan who inhabit an area near to the Badgworthy Water river.

April Braund, visitor experience manager for the National Trust, said the landscape featured in Lorna Doone was at the ‘heart of the site’.

‘We are hoping that by making this beautiful spot more accessible, we can encourage more people to connect with nature,’ she said.

The National Trust will improve facilities currently at the site, such as a tearoom, holiday accommodation and campsite, car park and public toilets.

Public rights of way connect it to other National Trust places including Watersmeet, a five-mile walk along the East Lyn river, which also features heavily in the novel. 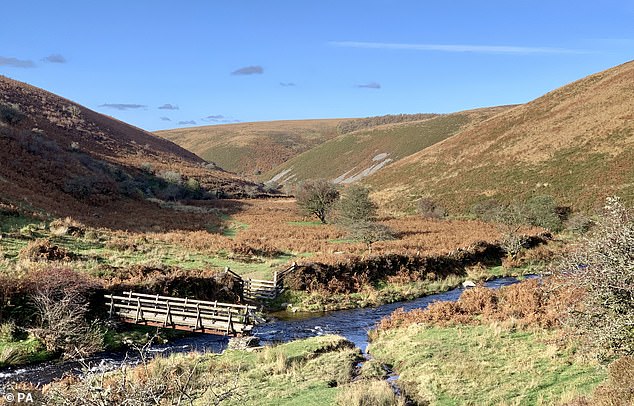 The charity already cares for wildlife in the area including beavers and water voles on the nearby Holnicote Estate and has worked to entice the high brown fritillary and dark green fritillary butterflies back to the landscape.

Kev Davies, lead ranger for the area, said 41 per cent of species in Britain are in decline and the trust is keen to reverse that on its land. 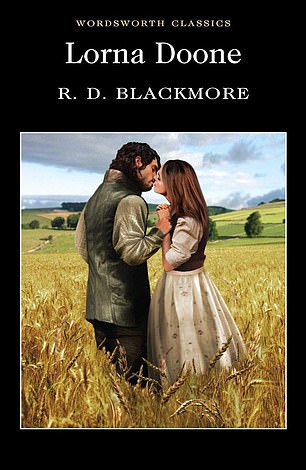 ‘The countryside in and around the Lorna Doone valley is a great place for seeing wildlife,’ Mr Davies said. ‘There’s red deer at Watersmeet, peregrines, ancient oaks and further afield on the Holnicote Estate, beavers and water voles.’

The 150th anniversary of the publication of Lorna Doone was celebrated across Exmoor last year.

Blackmore’s romance novel has never been out of print and has inspired films, TV series, songs and even a shortbread biscuit.

Rob Joules, general manager for the north Devon coast and countryside, said the National Trust’s acquisition of the site would ensure its future.

‘Every penny donated or spent on site will be reinvested on our land in the area, helping nature thrive and adding to the enjoyment of people,’ Mr Joules said.

‘It’s great that visitors will be able to stay in this landscape and able to get active in the outdoors by walking along the river, up on the moor or down to the sea along the South West Coast Path.

‘By diversifying our income streams on this part of Exmoor we will be able to increase the funds we spend improving access, creating amazing outdoor experiences and space for nature to thrive.’

Forbidden love and the ‘Last Victorian’: The novel inspired by Exmoor’s idyllic landscape 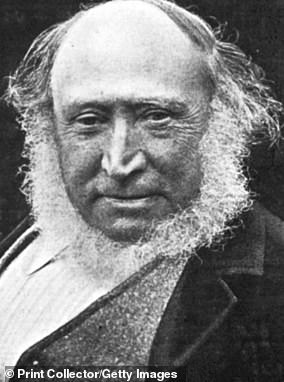 Richard Doddridge Blackmore, known as RD Blackmore, was an acclaimed novelist in the 19th century often referred to as the ‘Last Victorian.’

He won recognition for his vivid descriptions and personification of the countryside, a movement of romantic fiction continued by Treasure Island author Robert Louis Stevenson.

Though Blackmore’s work is largely out of print, his most beloved novel Lorna Doone has inspired films, TV series, songs and even a shortbread biscuit.

He first struggled to find a publisher for the romance, but eventually published it anonymously in a limited three-volume edition of 500 copies in 1869.

It was republished the following year and hasn’t been out of print since.

Lorna Doone is set in the Badgworthy Water region of Exmoor in the late 17th century.  It tells the story of John Ridd, the son of a respectable farmer who was murdered by one of the outlawed Doone clan.

John then falls in love with the novel’s namesake Lorna, who turns out to be the granddaughter of Sir Ensor Doone and is destined to marry the heir of the Doone Valley, Carver Doone.

The novel was adapted to film in 1951 by director Phil Karlson, starring Barbara Hale and Richard Green.

It was then brought to television in 2000, in a BBC One series featuring Richard Coyle, Amelia Warner, Aidan Gillen and Martin Clunes.