■ So you’ve finished Netflix and there’s a week before Tenet hits cinemas as the blockbuster of the year. What to do in the vacuum? Our ultimate 24-hour bad movie marathon, of course!

TIRED of watching things that are good? Yeah, us too. That’s why we’ve created the ultimate 24-hour bad movie marathon. A feast of 13 movies so bad you couldn’t possibly survive the whole thing. Or could you?

Some ground rules. Firstly, no intentionally bad movies are included (we’re looking at you Sharknado), the joy of a bad film comes in watching someone trying to achieve something great but failing miserably. Setting out to make something bad and then making something bad isn’t failure, it’s a (hollow) success. We’re only interested in losers here, folks.

Secondly, we’re avoiding anything too boring — a big-budget flop tends to (usually) be too competently made to really qualify as guilty-pleasure viewing (think Battleship or The Meg). Are they bad? Yeah, they suck. But that’s not always enough.

Thirdly, no comedies, there’s nothing worse than watching a bad comedy. Meet The Spartans, Disaster Movie, Movie 43 are all terrible films, absolutely, but they crush the momentum of a bad movie marathon. True sadists may want to include them but we wouldn’t recommend it.

And, finally, stick to the order. You will flag, the misery will start to mount, but placed correctly, even a bad film can turn into a useful pick-me-up. 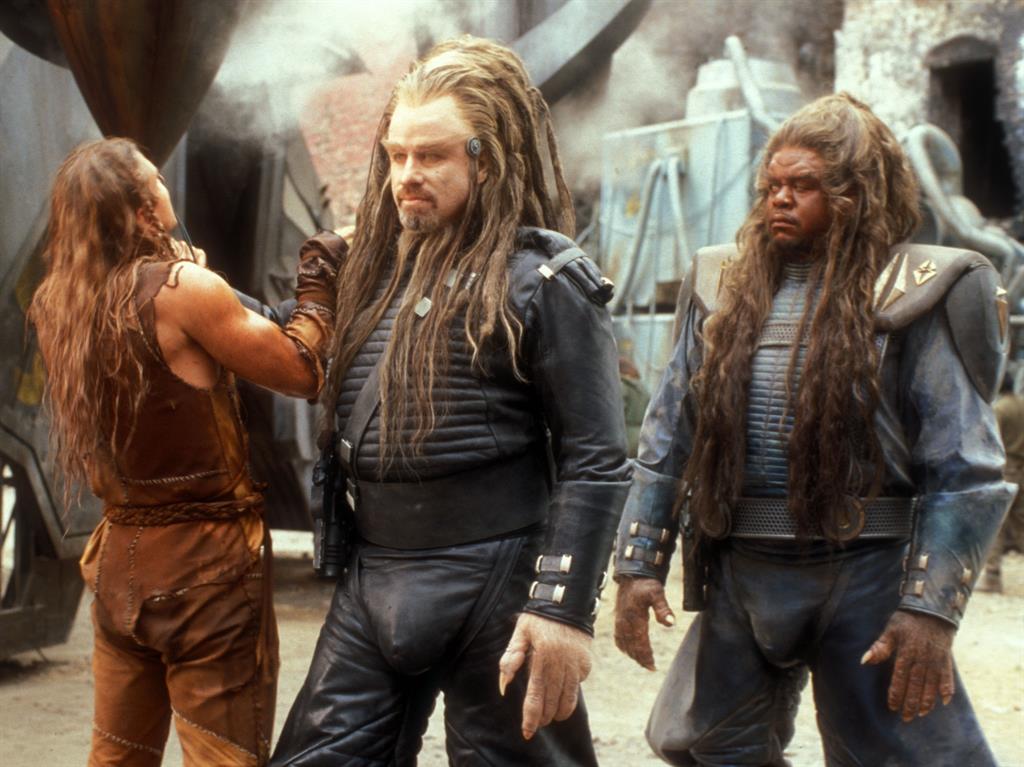 What’s it about? Based on a novel by L Ron Hubbard, he of Scientology fame, it is the near future and humanity has been driven to the point of extinction by an alien race known as the Psychlos. One man called — and I’m not making this up — Jonnie Goodboy aims to start a revolution and free mankind from slavery.

Any famous faces? John Travolta, a few years after a career-saving performance in Pulp Fiction, promptly threw it all away for his religion (being a noted Scientologist, after all) to play Terl, the Psychlos psychotic security chief. Career-wise, he’s not been the same since.

Watch out for: Oh there’s so much: the Psychlos constantly break into evil laughs, the film is shot almost exclusively at 45 degrees and, best of all, Travolta shoots the leg clean off a cow. 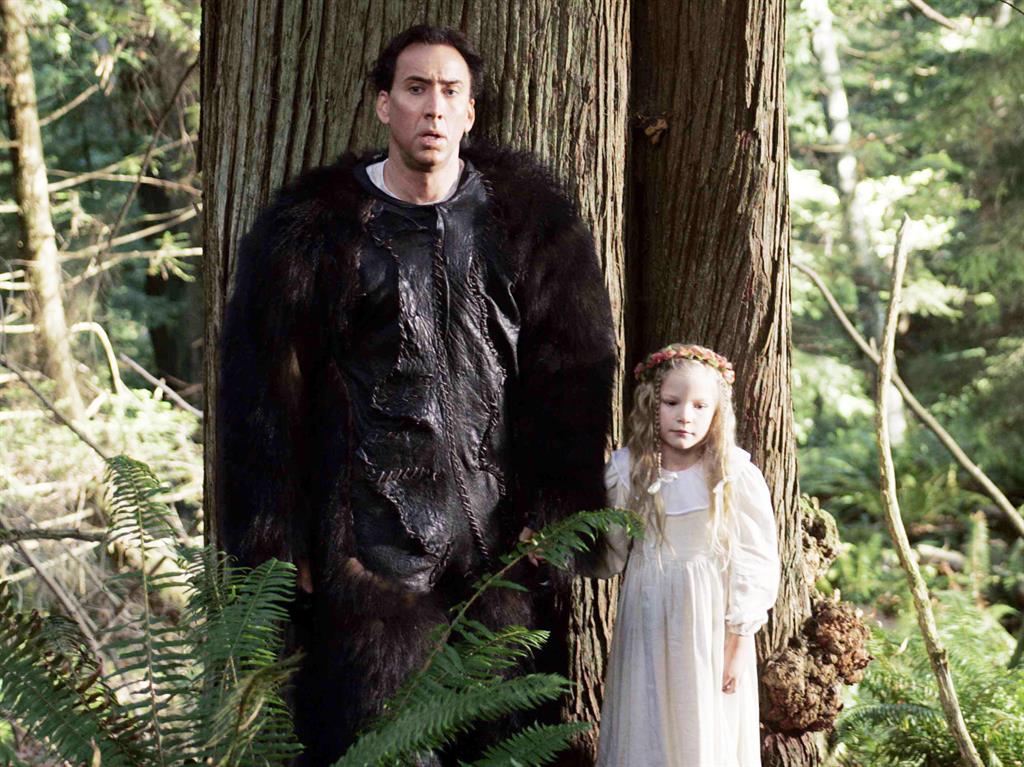 What’s it about? Have you seen the original 1973 folk horror classic about a police officer who lands on a mysterious island to look into the disappearance of a young girl? Good. The remake is basically the same but created by someone who missed the point entirely.

Any famous faces? Nicolas Cage, whose career lends itself to bad movies like cheese to wine, puts in a spectacularly hammy performance you have to see to believe.

Watch out for: While the bees and the dolls have become the stuff of internet memes, the sight of Cage ambling along in a bear costume going on a violent rampage is the connoisseur’s highlight. 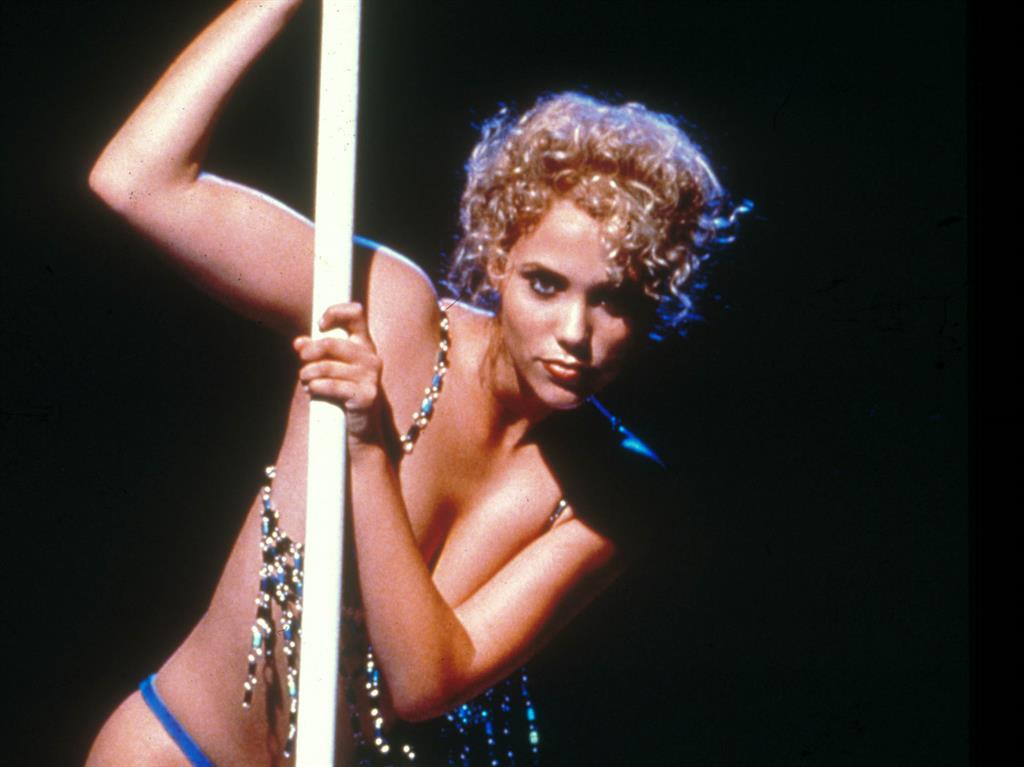 Any famous faces? Elizabeth Berkley, who was looking for a big-screen break following her stint on Saved By The Bell, is the poor lead actor saddled with trying to turn this turkey into a diamond. She failed.

Watch out for: Berkley and Kyle MacLachlan (who deserves so much better) engage in the world’s worst sex scene — with poor Berkley flailing about in a pool looking not unlike a dolphin trying to escape a fishing net. 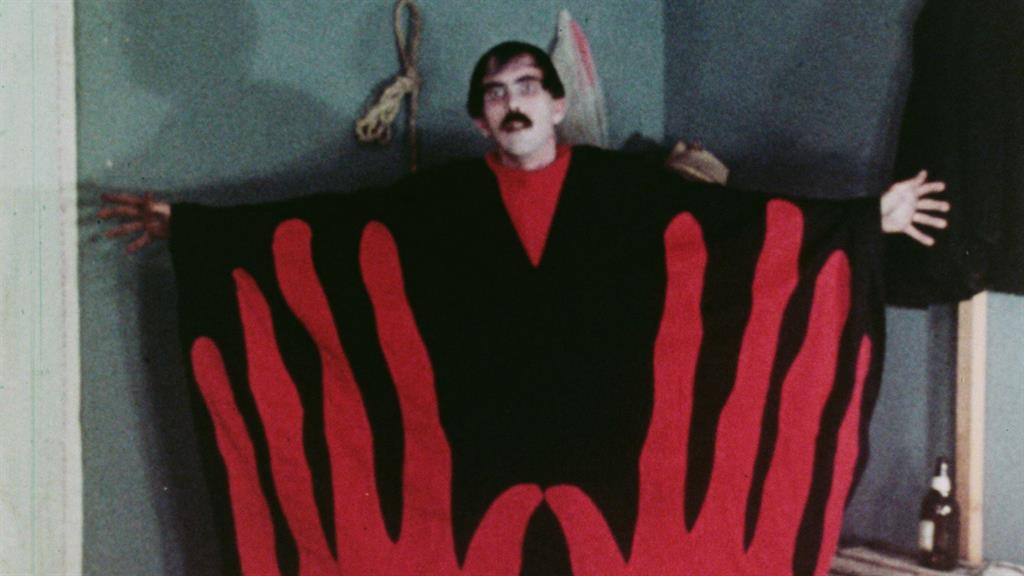 What’s it about? Ease yourself into the morning with this crappy horror film about a young family who get lost and end up at a pagan lodge run by a creepy leader known only as The Master. And, yes, Manos is Spanish for hands, meaning the film is more accurately titled Hands: The Hands Of Fate.

Watch out for: The joy of Manos comes from its abysmal editing — dialogue loops frequently, scenes go on for an interminable amount of time, you can even hear a clown nose honking from behind the camera, which nobody bothered to take out. It’s probably the worst film on the list. 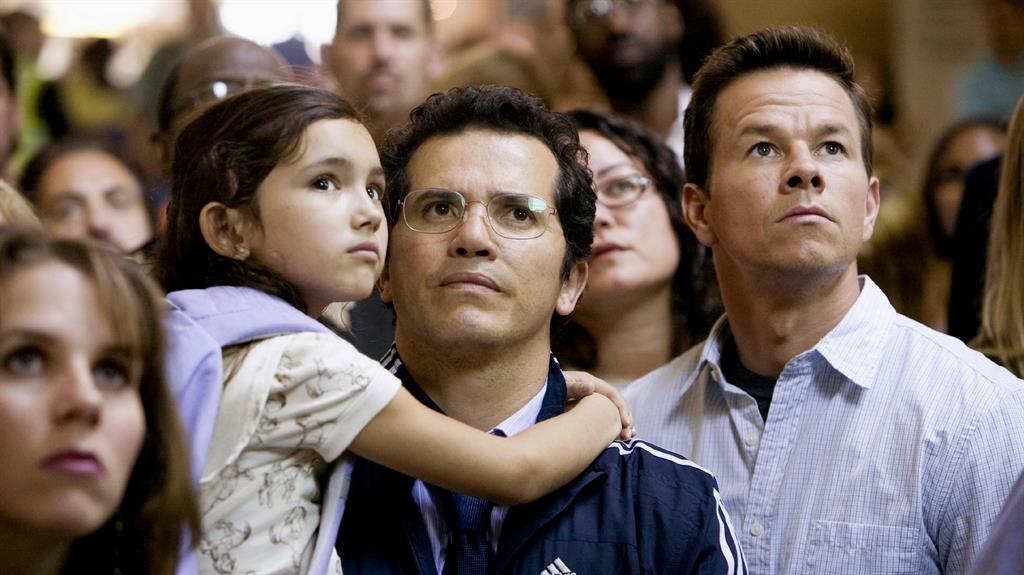 What’s it about? We’ve survived wars. We’ve survived pandemics (well, hopefully…). But can humanity survive its most dangerous foe yet, hacked-off plants? That’s the twist of this impossibly awful M Night Shyamalan film where a deadly airborne infection renders people terrified to go outside. Pfft, like that would ever happen.

Any famous faces? None other than everyone’s favourite burger-flipping, smooth-moving former boy-band fave Marky Mark Wahlberg! He is, to be kind, absolutely terrible in this.

Watch out for: Wahlberg bargaining for his life with a potted plant. Meekly pleading with it to let him use the bathroom might just be the funniest thing ever committed to film. 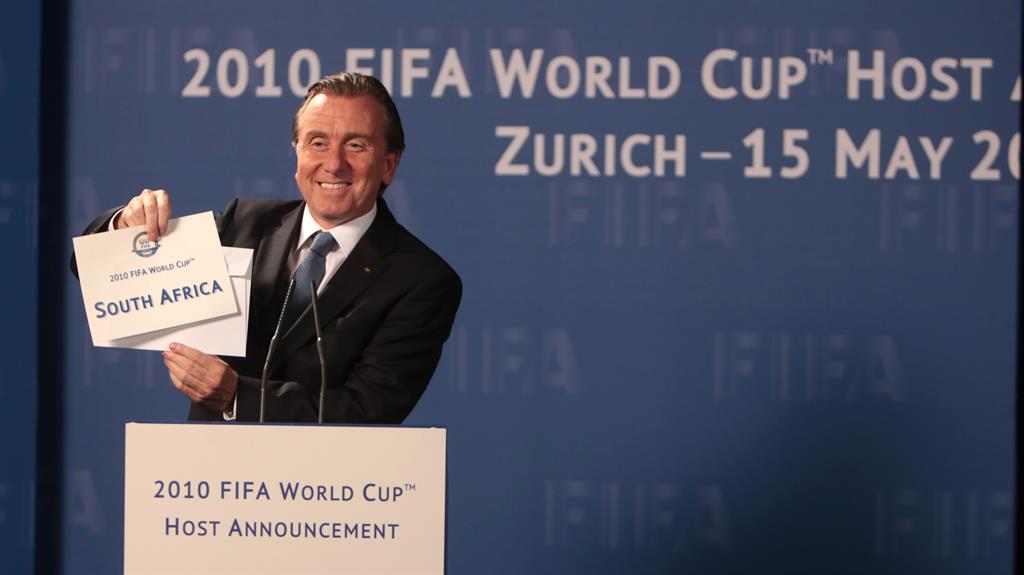 What’s it about? What do you do if you’re an administrative governing body facing a lot of well-deserved flak for being a corrupt laughing stock? Naturally, you commission a gruelling two-hour biopic telling everyone you’re not evil really — in fact, you’re the good guys. This impressively tone-deaf, Fifa-funded flick is abysmal.

Any famous faces? For reasons beyond my comprehension, Tim Roth, Sam Neill and Gerard Depardieu signed up for this. Roth plays Sepp Blatter! As a modernising, anti-corruption force! At least pretend to be balanced, guys. 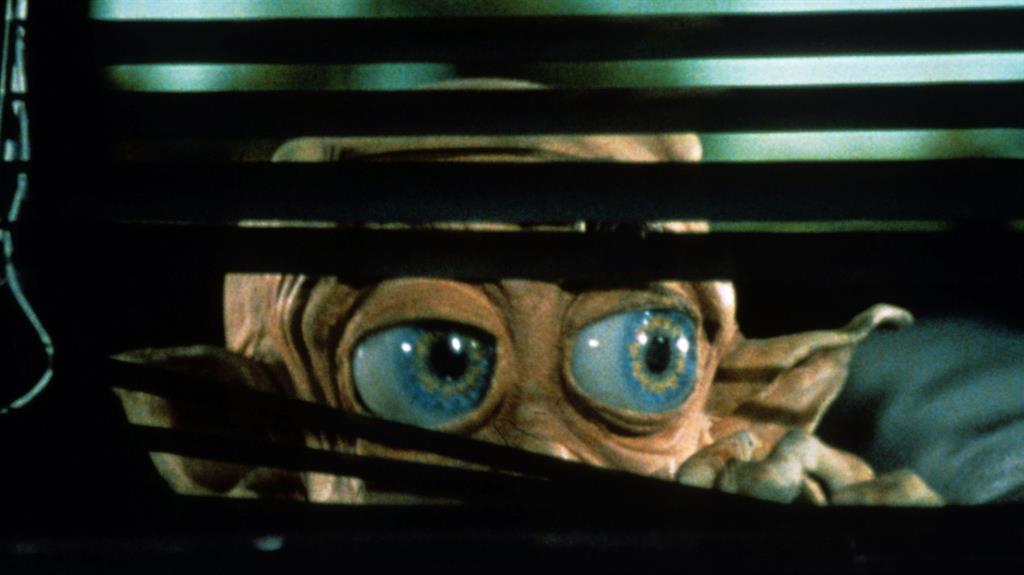 What’s it about? McDonald’s, mostly. OK, that’s a little unfair, it also devotes a large amount of time to being a shameless rip-off of ET but that didn’t quite generate enough money and so some pretty shameless product placement was needed to get it over the line, including a four-minute McDonald’s-focused song-and-dance number. As you do.

Watch out for: The Elliott stand-in in this trash is a boy in a wheelchair who ends up rolling off a cliff as the alien watches on. Honestly, it’s hilarious.

What’s it about? This sequel is riddled with so many plot holes, as well as completely changing the origins of its main characters, to render it incomprehensible.

Any famous faces? Sean Connery returns as an Egyptian immortal who has a Spanish name and speaks in a Scottish accent, opposite Christopher Lambert, who plays a Scottish character despite being French-American.

Watch out for: The fight scenes are abysmal — not helped by the fact that two separate ones were edited together, badly.

What’s it about? Ed Wood (because he was bound to appear at some point) probably made worse films than this sci-fi thriller that somehow features grave-digging aliens, vampires and zombies, but few are as much fun. Gleefully bad.

Any famous faces? Vampira is in it. Does she count? Probably not.

Watch out for: The flying saucer itself is a thing of beauty — it looks like a hubcap on a piece of string but is really just a cheap model — but the opening narration, with the killer line that ‘future events will affect you in the future’, really sets the tone. 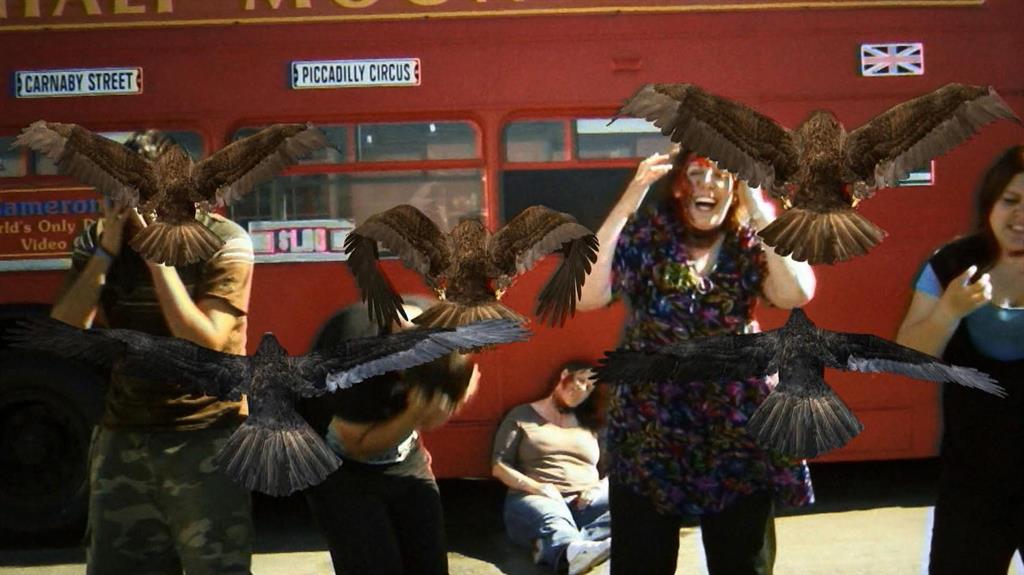 What’s it about? It’s Hitchcock’s The Birds but instead of being created by a master of their craft it was made by someone who can barely hold a camera straight.

Any famous faces? Tippi Hedren, who had already suffered at the hands of Hitchcock in the actual Birds, seemingly hadn’t suffered enough and agreed to a small role in this travesty.

Watch out for: The special effects. Like something you would create in Microsoft Paint if you had five minutes and hadn’t set eyes on a bird in your life.

Any famous faces? Jennifer Lopez almost had the final nail in her acting coffin here (praise be to Hustlers, eh?) as the recently single mum whose, erm, ‘cookies’ are irresistible to her son’s friend.

Watch out for: The obsessive Noah giving his teacher (J.Lo) a ‘first edition’ copy of The Iliad. You get it signed by Homer as well, mate? 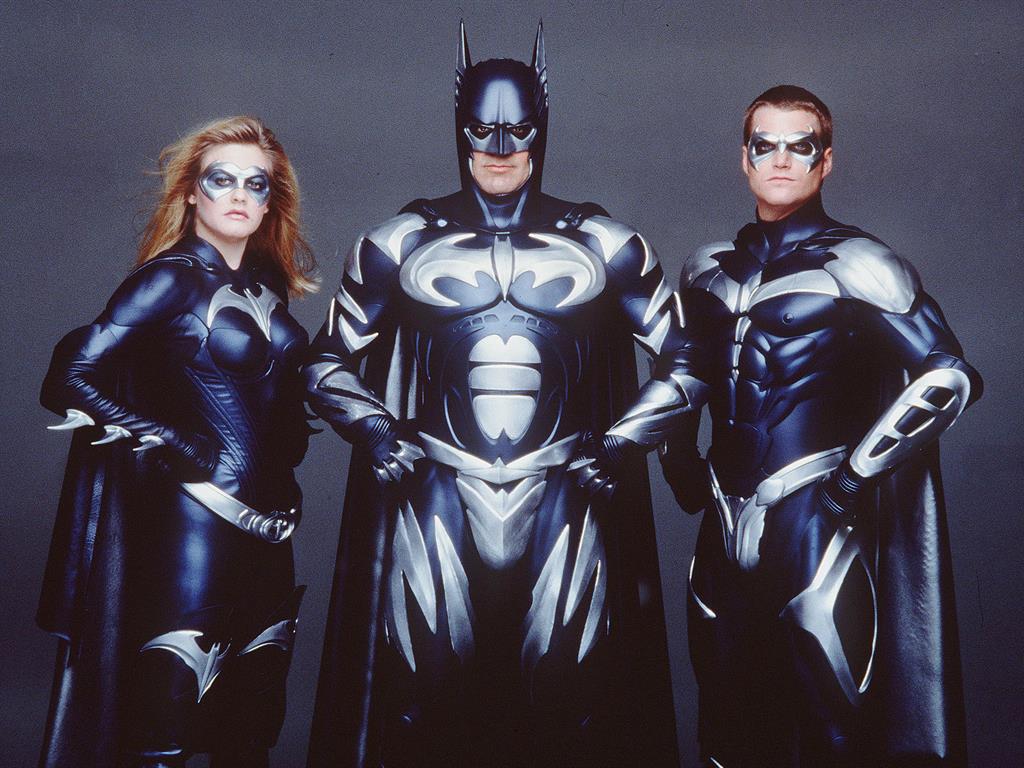 What’s it about? Well, it’s a Batman movie, what do you think it’s about? Exactly. But this one has the distinction of being a superhero movie so bad it pretty much killed them dead for years. It’s cheesy, appallingly written and has far too many egregious shots of Batman’s arse. Oh, and the nipples, good god, the nipples.

Any famous faces? It’s packed with them! George Clooney nearly killed his career as a Hollywood leading man, while Arnold Schwarzenegger packs more ice puns into one movie than dinners in a Farmfoods freezer.

Watch out for: Try and take your eyes off the nipples for a moment (I know they’re hard, sorry, it’s hard) and just pay attention to the terrible gadgets in this thing. Bat ice skates? Really? 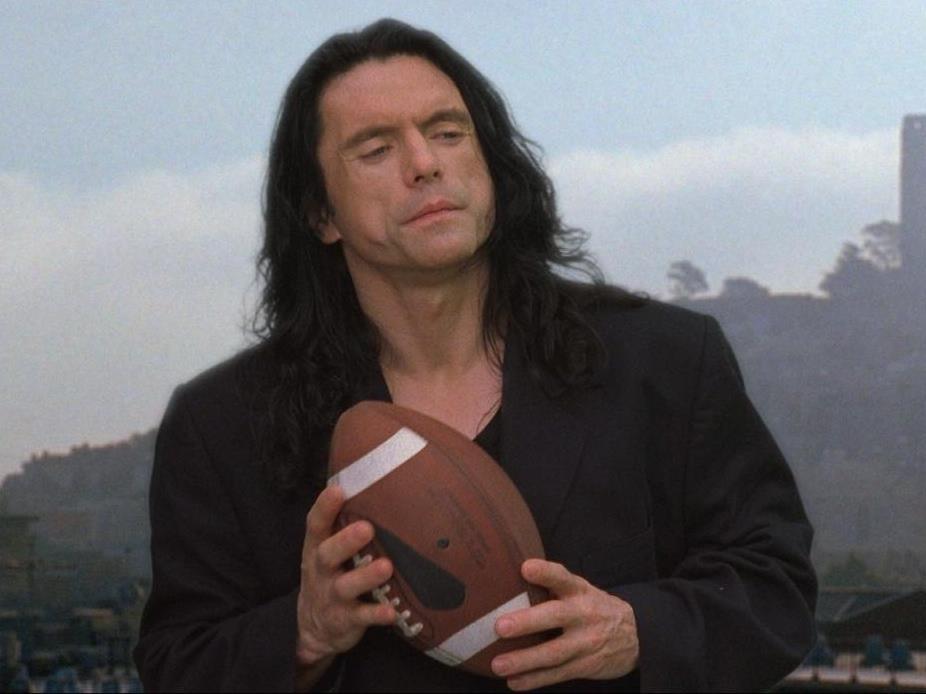 What’s it about? Finish off with the ultimate cult classic bad movie — a film so bad there’s a James Franco film about how bad it is. Tommy Wiseau’s low-budget romantic drama has become the stuff of legends, playing to this day to packed theatres for late-night specials. Learn the ropes and then go see one yourself.

Watch out for: The iconic scene on the rooftop, where Wiseau (pictured) bursts into the shot screaming that he didn’t hit his girlfriend before immediately changing tone and saying hi to his friend, took an incredible three hours and 32 takes to get right. For one line of dialogue. Oh, brother.