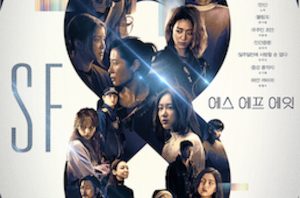 Each of the eight episodes will be directed by a different Korean films director, boasting different styles, but all centring on people who dream of a perfect society.

The anthology will explore themes such a artificial intelligence, virtual reality, robotics, superpowers and horror. The director’s cut will land on Wavve next month, while the original episodes will be shown weekly on MBC TV from 17 August.

Wavve operator Content Wavve recently signed a deal to supply Korean series and films to NBCUniversal, to be shown on its own streaming service Peacock.

Creator of SF8, Min Kyu-dong (Herstory, The Treacherous), commented: “Science-fiction films were the driving force behind many Korean film directors’ dreams. Unfortunately, due to the relatively high budget and narrow market limitations, most production ideas have not been realized.

“Being the president of DGK for the past two years, I searched for short-form projects in which film directors can expand their creative opportunities. Through collaboration with MBC and Wavve, I am happy that we were able to compile the energy of recent science fiction novels into moving images.”