The 10 Best Films About Spirituality

Cinema as a medium has always been concerned with spirituality. Whether that takes the form of conventional religious ideology or a more universal approach, movies love to try and understand what makes humans tick in a spiritual sense.

Some are cynical evocations of man’s inhumanity to man, while others carry heartwarming messages of everyday kindnesses that may not necessarily stem from an individual’s spirituality, but certainly are interlinked with it. 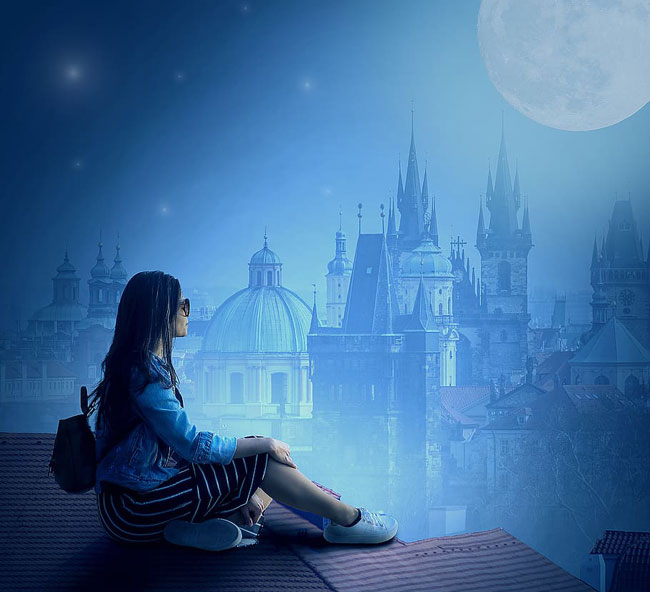 Here, in no particular order, are our 10 favourite films of all time about spirituality. If any of these movies inspire you to pursue your own spiritual journey, why not seek out a free psychic reading? It won’t take long and it may transform your life.

Without further ado, let’s take a look at the 10 best spiritual films. 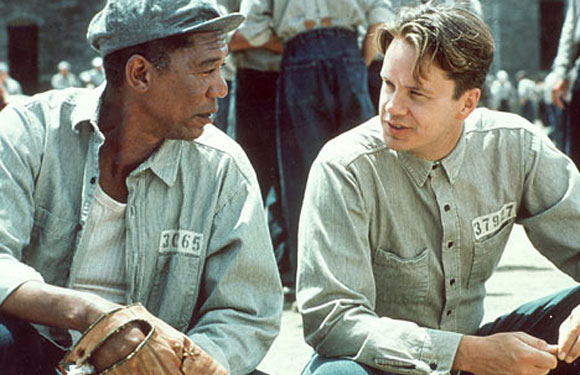 “Y’either get busy livin’ or get busy dyin’”. So says Morgan Freeman’s character Red in 1994’s prison escape classic (spoilers) The Shawshank Redemption. While Darabont’s masterpiece doesn’t overtly reference spirituality much, it’s certainly a story about the nature of hope and keeping the faith in the face of impossible odds. Tim Robbins, Freeman, and Clancy Brown are all reliably excellent in a movie that manages to be uplifting despite its occasionally grim subject matter.

There’s evidently something about Tim Robbins that makes him an attractive prospect for spiritual movies. Jacob’s Ladder is a much scarier film than Shawshank, but it’s no less moving in its spiritual explorations. We don’t want to say too much about how the movie tackles this subject because it’d spoil the plot, and it’s worth experiencing this one blind if you’ve never seen it before. Suffice it to say that Jacob’s Ladder is a harrowing and ultimately life-affirming thrill ride with some genuinely unsettling imagery. 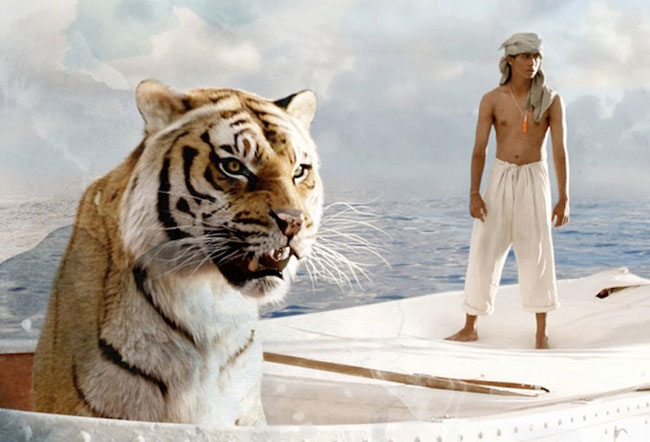 Ang Lee’s directorial work has been patchy at best. On the one hand, Brokeback Mountain and Life of Pi; on the other, Gemini Man and Hulk. Luckily, this adaptation of Yann Martel’s 2001 philosophical screed is a gem. Dissecting the nature of storytelling and the way in which human beings approach religion, Life of Pi is an arresting watch thanks in large part to the performance of leading man Dev Patel. Despite being rendered using CGI for obvious reasons, tiger Richard Parker is also a terrifying screen presence. 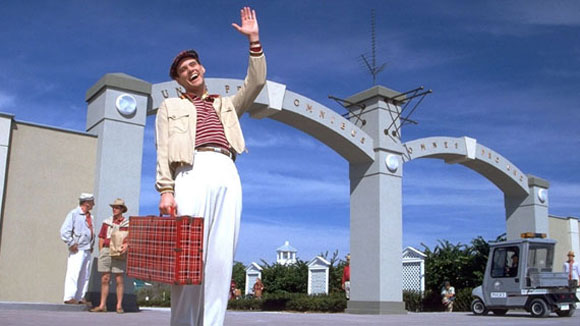 The Truman Show is the movie that birthed an entire syndrome. In the film, Jim Carrey’s Truman is blissfully unaware of the fact that his entire life is an experimental production being filmed for the entertainment of the outside world. He lives in a massive dome, and everything that happens to him is carefully scripted to extract maximum dramatic value. We don’t know anyone who didn’t harbour suspicions about their own lives after watching this, but The Truman Show is also a sweet meditation on God and free will. 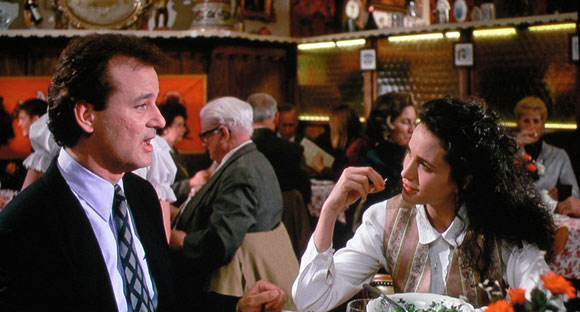 While Groundhog Day didn’t kickstart Bill Murray’s already-thriving career, it certainly cemented his everyman hangdog persona. He plays Phil, a self-obsessed weatherman who gradually comes to realise that he’s not the centre of the universe. Groundhog Day cleverly plays on notions of reincarnation and repetition as Phil relives the same day over and over again, at first using his newfound “powers” for selfish purposes before realising the true reason for his predicament. 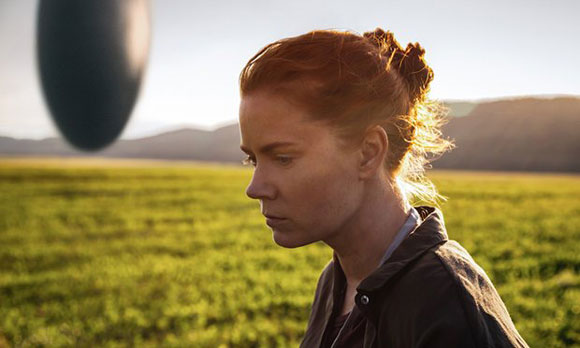 The best spiritual movies understand and acknowledge that spirituality and science are inextricably linked, and such is the case with Denis Villeneuve’s breathtakingly beautiful Arrival. It’s an alien “invasion” movie without the invasion; the creatures that come to Earth want only to communicate, but their linguistic systems are so…well…alien to humanity that talking doesn’t come easily. Arrival tackles thorny subjects like death, the linear nature of time, and the need to simply keep talking to one another with dignity and subtlety. 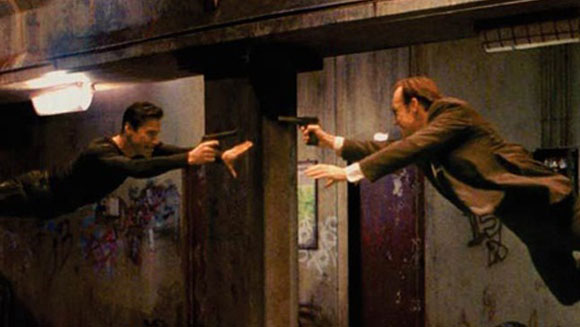 Much like Ang Lee, the Wachowski siblings have struggled with consistency throughout their careers. The Matrix is one of their undisputed masterpieces. Exploring themes of identity, reality, and morality, The Matrix was both a satisfying action film and a weighty philosophical excursion. Birthing some of the most iconic lines in history (“stop trying to hit me and hit me”, “I know Kung Fu”), The Matrix weds Hong Kong-influenced fight sequences with genuinely affecting world-building. 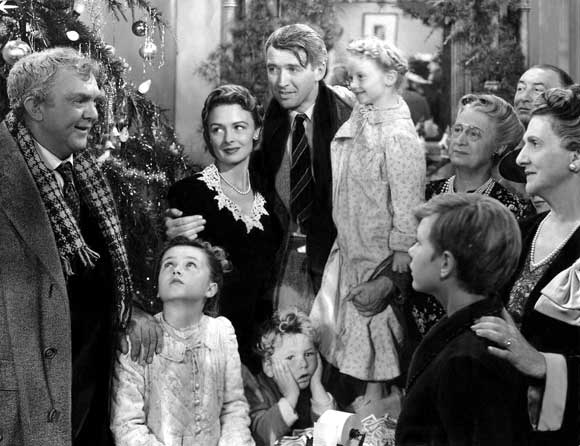 Much has been made of “Capra-corn”, what some would consider to be Frank Capra’s overly sentimental approach to filmmaking, but that doesn’t make It’s A Wonderful Life any less magically touching. Jimmy Stewart’s George Bailey is despondent, a man at the end of his rope, but in a clever twist on Charles Dickens’ A Christmas Carol, angel Clarence shows George just how miserable life would be if he’d never existed. If you don’t cry while watching It’s A Wonderful Life, you may want to check your tear ducts work correctly.

Some have said that the Wachowskis’ flawed masterpiece – along with the David Mitchell novel it’s based on – is superficial and thinks it has more to say than it does. We think Cloud Atlas is a grandiose, massively intriguing undertaking that falls on its face from time to time. Its themes of reincarnation and the knock-on effect lives can have on the future feel pertinent, and although its kitchen-sink approach isn’t always successful, Cloud Atlas’ unique take on spirituality is never boring.

No, really. Though Jack Black approaches the role of Po with characteristic chutzpah, Kung Fu Panda is full of homespun wisdom thanks to Randall Duk Kim’s beautifully elegant turn as Zen master Oogway. Despite the colourful animated hijinx on display, Kung Fu Panda manages to reach some deeper truths through its visual nods to classical Chinese culture and its messages of tolerance and accepting difference. The sequels, against all odds, are both excellent, too.