The Athens Open Air Film Festival, The popular summer cinema institution organized by the Premiere Nights and has been an integral part of the cultural experience of the residents and visitors of the capital for a decade, will be with you this summer in collaboration with Of the City of Athens and valuable and uninterrupted support of the Organization of Culture, Sports and Youth of the Municipality of Athens (OPANDA).

After last year, our highly successful and safe event but also the difficult winter of isolation and introversion from which we all come out, the 11th Athens Open Air Film Festival returns to the city with a spirit of reconnection, collectivity and love. 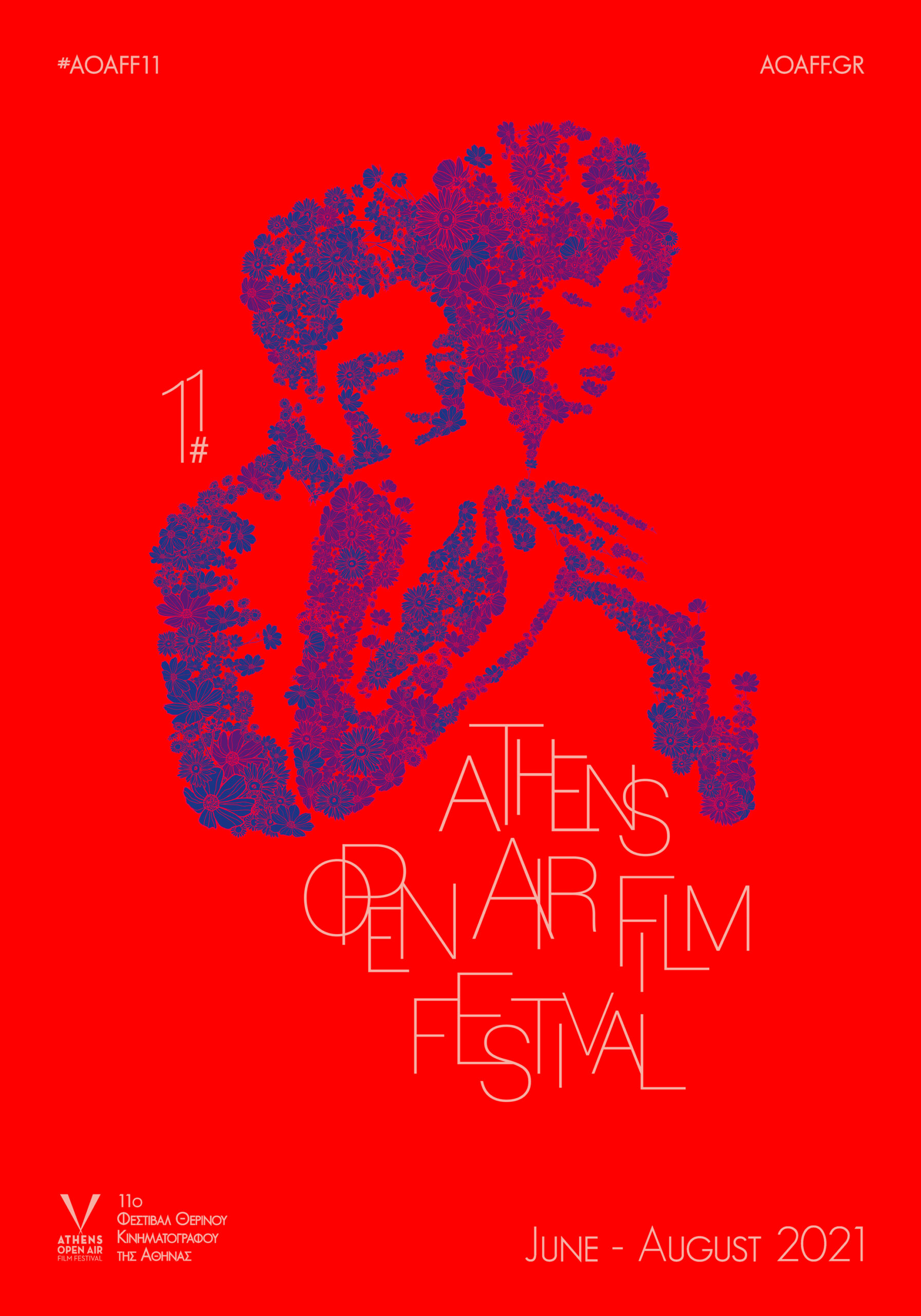 The ultimate film festival of the summer reserves for you unforgettable cinematic experiences this year, with Free entrance and strictly adhering to public health protection measures. For another year, the emblematic locations of the city are being transformed in enchanting outdoor or drive-in cinemas and favorite summer cinemas host classic and unexplored creations in the highest audiovisual quality, offering the necessary entertainment and therapeutic companionship to the public of Athens.

Screenings of the film in unique open spaces have already been hosted in New York, San Francisco, Singapore, Saigon, London, Melbourne, Toronto and elsewhere, while in July a special outdoor screening is scheduled for the upcoming .

The poster with the words of its creator:

«One plus one equals one…

A love story is told by “Erotic Desire” between two people who are desperately looking for a touch: A situation with which we all now identify more than ever. The two heroes long to share a hug. One and more hugs he wants to share this year’s Festival with his audience. Like the romantic cinematic couple of the film, the 11th Athens Open Air Film Festival seeks the touch, the communication, those precious things that we have been deprived of, all the accumulated emotions that it is time to express. To celebrate the most tender thing in the world, which is nothing but life itself».

Ο Vassilis Mexis, a graduate of the AKTO School with a Bachelor in Graphic Design, is the designer behind the creative identities for the Athens Open Air Film Festival and the Athens International Film Festival Premiere Nights from 2016 until today. At the same time, he works in the advertising industry, having in his CV participations in distinguished campaigns, while he has undertaken the editing of covers of books and magazines of large circulation. His work has been featured in the print and online press, winning accolades and awards at international competitions.

The full program of the 11th Athens Open Air Film Festival will be announced in the coming days.

What Is Futurama’s Twilight Zone Parody, The Scary Door?

Does a literary jury need to think differently in the year of a pandemic?

Does a literary jury need to think differently in the year of a pandemic?

The life-changing magic of cooking

Count Is an Immersive, Sci-Fi Reimagining of a Literary Classic

Faith Gong: Anxiety, hand-washing, and eye contact: A report from the kids