October is chock-full of good stuff. We get pretty foliage, balmy late summerish days, and Halloween. It’s also saturated with mental health awareness days. There are days dedicated to OCD, ADHD, and anti-bullying. However, given the kind of year it has been it’s particularly important in 2020 to recognize it being National Depression and Mental Health Screening Month.

Blood pressure is ironically called the silent killer, but we hear about it everywhere. There are commercials for medications, menu alterations, and people speak freely about managing it. Depression, which we rarely hear about in comparison, is highly correlated with suicide and is the leading cause of disability for ages 15-44 in the United States according to the American Depression & Anxiety Association (ADAA). 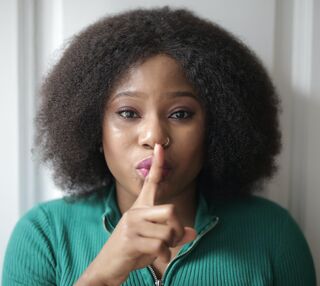 The National Institute of Mental Health (NIMH) tells us that it is the second leading cause of death in the U.S. for ages 10-34, and the fourth leading cause for ages 35-54. Untreated depression is also highly correlated with the development of hypertension and diabetes, both associated with premature death. Despite these startling facts, when was the last time you heard depression mentioned in any public forum? Probably a commercial for medication.

Let’s face it—mental health is still a taboo topic; like sex, it’s everywhere, but simultaneously considered an off-color topic. Many treatment centers don’t even use the words “mental health” or “psychology” in their titles; perhaps this is well-intended, making it less stigmatizing and therefore more welcoming for clientele, but at the same time it is as if they are saying “don’t mention that word!” Nonetheless, judging from the length of therapy and psychiatry wait lists, and the rate at which psychotropic medications are prescribed, more people acknowledge their mental health than meets the eye.

Naturally, if depression (and other conditions) was more talked about, it could be more recognizable. More people would be treated; there’d be less suffering and global impact. British psychiatrist Edward Bullmore (2018) noted that depression is so widespread, its economic effects so vast, that if it was cured in England alone at the time of his writing, the economy’s annual growth rate would triple.

It may surprise readers that depression has many faces. Don’t be fooled by characters like Eeyore from Winnie the Pooh or Schleprock from the Flintstones. A lot of people are depressed and look nothing like these icons. Depression can also present as anger, irritability, opposition and defiance, especially for children and adolescents, and especially males.

Believe it or not, a noticeable sad/irritable mood is not even necessary for the diagnosis of Major Depressive Disorder (MDD). Diagnostic criterion A in the Diagnostic and Statistical Manual of Mental Disorders (DSM) notes that a depressed mood, or an inability to experience pleasure, the fancy word for which is anhedonia, must be present. Unfortunately, outside of professionals in the field, the majority of people get ideas of what constitutes mental illnesses from pop culture. Clearly, the mold pop culture made for depression is not accurate, leaving many to not recognize they could be depressed. 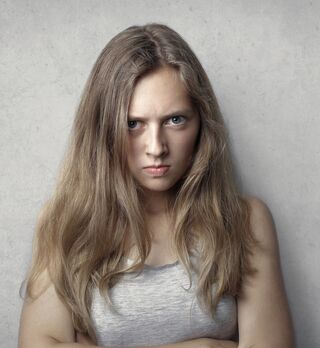 That oppositional and defiant youngster in your office, home or classroom? There’s a good chance they’re not simply an Oppositional Defiant Disorder “behavioral bad seed” as they’re so often written off. Consider this: an irritable child is likely to be argumentative. This is easily viewed as opposition and defiance by others, and spurs power struggles…the pattern is set. Looking beneath the surface, when I evaluate such children, what is discovered is months-to- years-long patterns of co-occurring feelings of inadequacy, hopelessness, appetite and sleep disturbances, and stewing over the past.

It is noted in the DSM that ODD is not to be diagnosed if better accounted for by depression. Unfortunately, the “ODD” speaks loudest, so takes center stage and there is a failure to recognize that the opposition and defiance often evolved along with any depressive symptoms the child has. Treatment providers then focus on limit setting and finger-wagging, failing to see the depressed kid at hand and addressing the depression. Two years into unsuccessful treatment they are viewed as incorrigible, when a change in the lens they’re viewed through could make a world of difference. They never had a chance, all because the stereotypes of depression don’t account for irritability and oppositional/defiant behaviors.

For adults, it is still not unusual for depression to manifest as an angry/irritable mood, especially in males. Perhaps this is a cultural matter that it is better to be aggressive than crying, or the fact there’s more testosterone, an aggressive hormone, at play in males. This does not mean that depression females is always the stereotypical, sobbing, damsel in distress, either. Keep in mind, too, that “crankiness” in senior citizens may not simply be “old people with attitude,” so frequently portrayed in TV shows and movies. This stereotype, couple with assumptions they’re naturally more tired and less hungry leaves can render depression in seniors unrecognized. 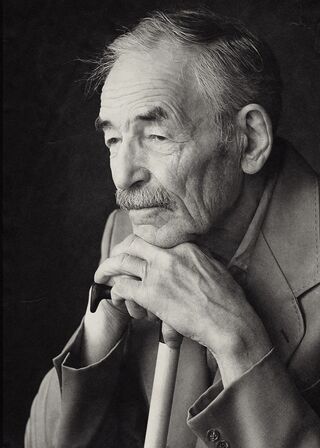 The bottom line is, any alteration in mood to a baseline pattern of weeks or months of “bad mood” can be telling of depression. Coupled with other symptoms, such as appetite and sleep disturbances, thoughts of death/suicide, agitation, lack of motivation, inability to concentrate, and disinterest in previously-pleasurable activity ranging from hobbies to work to sex, it is likely depression is knocking.

While this all sounds miserable, the good news is, it is extremely treatable once identified. Independently, it has been well-established that therapy or medication tends to have a significant effect on dissolving the condition. However, psychotherapy in combination with anti-depressant medication is the standard approach, and does not have to be a years-long process. Even self-help, for the motivated sufferer, has its merits. Take, for example, Dr. David Burns’ book Feeling Good: The New Mood Therapy. With millions of copies sold since 1980, it could be considered the top most-recommended self-help book for depression.

It’s been a less-than-pleasant 7 months. There’s not only been health worries due to a worldwide pandemic, but political upheaval, natural disasters, and it’s creepy even going to the gym for a stress-busting workout, if you still go. Perhaps in October, being National Depression and Mental Health Screening Month, it’s time to take a self-scan. Maybe that nagging irritation and sleeplessness is intensifying. If you or a friend/loved one has not been yourself/themselves, don’t let it become a runaway train.

Like any malady, the sooner it’s addressed, the better. Therefore, re-examine that irritable pattern that might have taken hold and check in on the elderly. Lastly, don’t forget to reconsider what’s up with those kids with attitude. The year 2020, and depression, knows no age discrimination.

Lampman to discuss her book at part of Visiting Writer Series on YouTube on Oct. 16 – Dailyfly.com Lewis-Clark Valley Community