the literary connection between Russia and China


Literature has time and time again enabled us to traverse boundaries, to connect to other cultures and to view different perspectives. The onset of the pandemic forced the cultural sector to shift its activity online.

Realising this, both the China Cultural Centre in Malta (CCC) and the Russian Centre for Science and Culture (RCSC) aimed to innovate their ideas in order to reach new audiences. 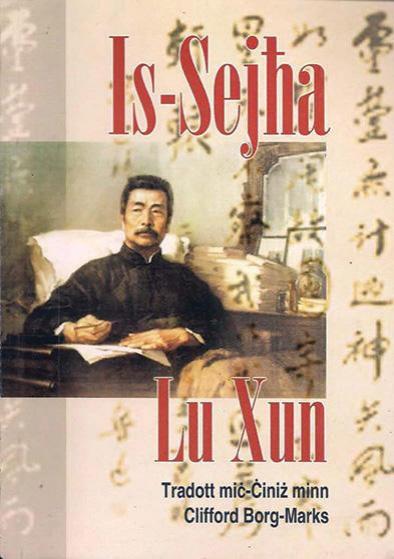 One of their projects involved introducing three writers to the Maltese, to provide a connection between the authors and to highlight their differences. These writers are Chinese author, essayist and literary critic Lu Xun and Russian writers Nikolai Gogol and Vsevolod Garshin.

Besides his connection to the Russian authors, Lu Xun is currently the only Chinese author to be translated directly into Maltese. In 2003, his first collection of short stories, Call to Arms, was translated into Maltese by Clifford Borg-Marks under the name Is-Sejħa, and was later published by SKS with the help of Reno Calleja.

Considered by many as the father of modern Chinese literature, Lu Xun was exposed to a plethora of literary works from all around the globe thanks to his studies in Japan.

Two authors who influenced the writing of his short stories are the Russian writers  Gogol and  Garshin. Taking into view four short stories, Lu Xun’s Diary of a Madman and that of  Gogol of the same name, as well as Garshin’s The Scarlet Blossom and Lu Xun’s The Lamp of Eternity, one may find a connection between these authors ‒ a connection which through the Maltese translation of Lu Xun’s short stories has also been extended to Malta.

In Diary of a Madman, both authors criticise different aspects of their society; the former, allegorically captures the zeitgeist of Chinese society at the time, while the latter exposes the struggle of the powerless individual. For Gogol, the madness is a result of the individual’s feelings, but for Lu Xun it originates from what in the introduction is termed as a ‘persecution complex’ brought on by the protagonist’s surroundings and society. The plea in Gogol’s short story is an individual one, a plea for his own safety. For Lu Xun’s madman, the plea is for future generations.

The Lamp of Eternity, published in a later collection of short stories, follows the same theme found in The Scarlet Blossom. The madman in the asylum takes it upon himself to pluck the poppy from the garden of the asylum ‒ as he believes that this is the root of all that is wrong in the world. In a similar act, the protagonist of The Lamp of Eternity believes it is his mission to extinguish the flame of the Lamp of Eternity. Differences arise in the setting and symbolism of the act. Their motive, purpose and singular belief that their mission cannot be entrusted to anyone else are a clear sign of the effect of Garshin’s literary influence upon Lu Xun. Those who have read Lu Xun, Garshin or Gogol individually should take some time to read the other authors to establish the literary connection.

There are  plans between the publisher ‒ SKS ‒ and the CCC for a dramatic adaptation of Lu Xun’s works. In the coming weeks, the CCC plans to publish a six-part online video-reading of Id-Djarju ta’ Miġnun (Diary of a Madman) from Is-Sejħa on their social media page. This will involve six readers each reading a part of the novella. Everyone is welcome to listen to these readings in the hope that they will serve as an inspiration  to read the book as an introduction into the literature of 20th-century China.

Independent journalism costs money. Support Times of Malta for the price of a coffee.

Our Picks for the 2020 Portland Book Festival