R. Vatsala’s novel The Scent of Happiness (Ratna Books, 2021), translated from the Tamil original by K. Srilata and Kaamya Sharma, is a feminist bildungsroman, one that focuses on the psychological and moral growth of its female protagonist. It offersa sharp critique of gender politics as it plays out both in the private, familial sphere as well as in the public sphere, the world of work. The story of its protagonist Prema is the story of thousands of women of her generation, women who grew up in the heady years immediately following the formation of an independent Indian nation state. The Scent of Happiness foregrounds the idea of freedom, both personal and political. Ironically, India’s newly acquired political freedom means little to the lives of women such as Prema who are brought up to be married, their lives tied to patriarchal strictures at every step. And yet, survive they do and how. Vatsala’s novel is a survivor’s story, the story of all women who survive domestic abuse and navigate stone-walling at the workplace

Without really being aware of it, the tumbler of milk had slipped from her hand, spilling all over her dress and the floor. Her mother cursed, “You are in for a beating! How costly this milk is! No more milk for you today!” Prema was certain of one thing. Amma wouldn’t ever beat her. Neveretheless, she feared her. She also felt some joy at the thought that she wouldn’t have to drink milk that day. She rose from the chair. “Don’t get up, shaniyanney!” her mother shouted, “There is milk all over the floor. If you step on it and walk around, the floor will get all sticky. Don’t move!” Prema sat there like a prisoner. 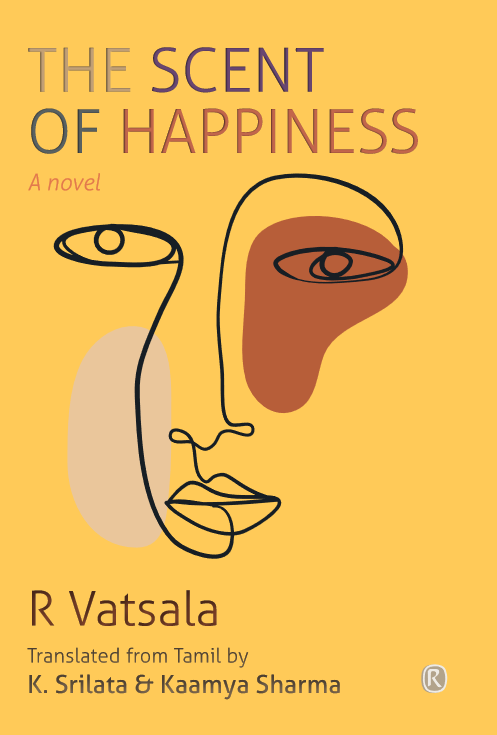 Amma returned with another tumbler of milk, “Here. If you drop it another time, I will give you good.” Prema felt cheated. Holding her breath, she drank the milk in one go. She felt like throwing up. But, at least it gave her freedom from the chair!

Amma was saying, “You give me so much trouble just to eat and drink your milk. Just look at your brother. Has he ever troubled us about anything ever? Whatever you serve him, he eats and then sits down to study. He always secures the second rank in class. He is such a smart boy. There he comes – your Anna – from school! How smart he looks!” Three-year-old Prema nodded her head in agreement.

In Anna’s class, it was another boy who always stood first. Anna stood second. “That boy must be known to the teacher,” Amma would say.

The new house was very far from Prema’s school. In those days, Jamnagar had only a skeletal bus service. So Prema had to walk the entire distance…

It was only Amma who lamented constantly, “How thin she has grown thanks to walking so far every day! What is she going to achieve studying so hard, that too in Gujarati?” To this, Appa said, “I too used to walk from my village to town to reach school when I was young. It is good to walk. Walking increases your appetite. She will eat well.”

But this did not happen. The walk to and from school left the already weak and delicate Prema exhausted. When she got home, she had no energy to do her homework properly. She wasn’t able to complete her lessons and struggled to keep pace with what was being taught. Since all the lessons were taught in a language she was only beginning to understand, she needed to put in a lot of hard work in order to comprehend her lessons properly. This was something she could not manage. Her lessons remained unlearnt. All along, she had believed only that she was not as intelligent as her brother. But now she began to suspect that she was completely stupid.

Two months had passed since they had moved house. One day, Prema came down with a fever. Her body ached all over. She found it difficult even to get up from bed. “All this is only because she walks so far every day,” declared Amma. The fever abated after five days. But the body ache took a week to go away. The temperature reading on the thermometer adamantly refused to go down from ninety-nine degrees. “You can’t really call this kind of thing a fever,” the doctor laughed, “It will go away on its own.” And then, glancing at Prema he asked, “Taṉē skool sārum nati lagtun. Yēj nē? You don’t like school, isn’t that so?” Prema was at a loss for words. Appa said, “Let her start going to school from tomorrow.” Amma said, “What does this Gujarati doctor know about her health? She has always been weak. What will we do if she faints and falls down while walking all the way in her feverish state? We won’t even get to know.” Appa kept silent. Amma checked her temperature every day. Studying the thermometer with her lips pursed, she would say, “It’s still the same.”

Prema grew tired of lying in bed. She ventured out into the garden to play. After some days, Amma stopped sticking the thermometer under her tongue. For Appa, it was a busy time at work. That entire month, he did not get home before dark. Even on the weekends, his work consumed him. After everything was over, he asked, “What happened? She has recovered now, hasn’t she? Shouldn’t we send her to school?” Amma said, “She has been weak since her childhood. Things have become worse now. Look how thin she is! If we send her back to school, she may fall ill again. Moreover, how will she make up for all the lessons she has missed so far? Forget it. She is a girl child. Very ordinary looking. Who will marry her tomorrow if she is as thin as a stick?”Appa kept mum. Prema’s education came to a halt with fourth grade.

Prema’s training period as a programmer was for a duration of two years. She would be paid a stipend of five hundred rupees during this time. She was allotted living quarters on campus. Her apartment consisted of just one room. In one corner, there was a kitchen top for cooking. On one side, the bathroom and toilet. That was all. Nevertheless, Prema was happy. It was a safe campus. The child secured admission in first grade in school on campus.

With the training period yet to commence, Prema’s fellow trainees spent their time chatting. But Prema did not want to fritter away her time. There was a library well stocked with books on computer software in the Computer Science department. Prema took to spending her time there. Her mind did not register everything she read. It would often wander filled as it was with sad memories from past times. Worries, dreams, and fears for the future. Only when her thoughts suddenly returned would she realise that she had been reading the same line for the past half an hour. She would chide herself and resume reading.

A month into their training programme, the mainframe computer arrived and was installed. Around this time, a person called Karthikeyan joined the computer department as the Systems Manager. He was in-charge of all the programmers.

Prema thought to herself, ‘I will get a job in a good private firm only if I learn a lot during the training period. So, I must learn everything, work hard at my job, and rise professionally. I should attain a very high position. I should give my child the prestige and respect that a father who is in a good position can give.’

Like many Indian women, Prema viewed the failure of her marriage as a personal failure. To rid herself of this feeling, she threw herself into work so she could succeed at least there. Her fellow-programmers were all men, men who had no responsibilities at home, who woke up in the mornings, had coffee, read the paper, ate the tiffin that their wives or mothers gave them, hopped on their scooters and got to work. Canteen in the afternoon. In the evening, home, tiffin, coffee, TV, chatting with the family or friends, dinner, TV, sleep. But Prema’s days weren’t like that. She did not have a moment’s rest from the time she woke up till she left for work. There was the child to tend to and the household. She was always exhausted.

Vatsala is a Tamil writer and poet, formerly a systems engineer at IIT Madras.

K Srilata is a poet, translator and professor of literature at IIT Madras. Kaamya Sharma is an academic interested in gender, clothing and culture.

Cloud Computing Will Be a Goldmine in the Post Covid-Era