‘The Marrow Thieves’: a ‘cli-fi’ novel for young adults 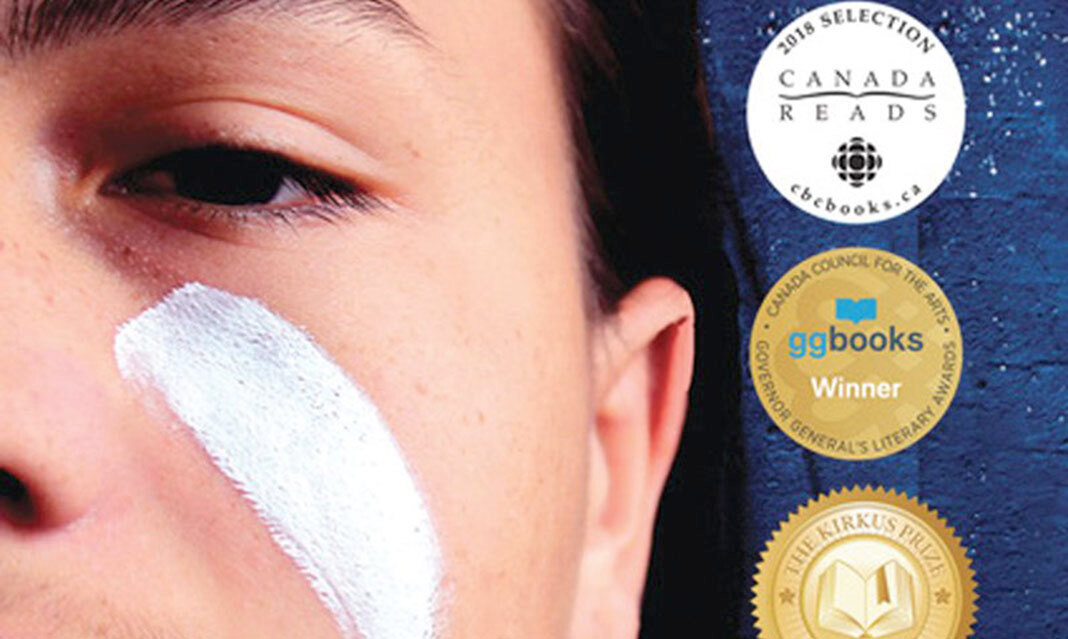 Jul 27, 2020 — In cli-fi, or climate fiction, writers speculate what will happen in the future if the Earth is devastated by climate change. Cherie Dimaline, a Metis writer from Georgian Bay, imagines a world where indigenous people are on the run.

They have something valuable that non-Natives desperately want. Our book reviewer, Betsy Kepes, talked with Todd Moe about Dimaline’s award-winning young adult novel, The Marrow Thieves.

BETSY KEPES: I do enjoy speculative fiction. In The Marrow Thieves, life is pretty bad with even the Great Lakes changed into huge toxic puddles. And most importantly for this novel, non-Native people have lost the ability to dream.

TODD MOE: So what happens to them?

KEPES: Dimaline is vague, but basically if you don’t dream, you’ll die a horrible slow death. Miigwan, an Elder, says “ a man without dreams is just a meaty machine with a broken gauge.”

KEPES: Yes, and this is one way they keep up hope and remember the Old Ways. But, of course, the rest of the world wants to dream too. And dreams are stored in the bone marrow of Native people and can be harvested, which kills the victims.

MOE: This sounds a little crazy.

KEPES: Well, you have to do a bit of “suspension of disbelief.” The Marrow Thieves is a classic on-the-run story, with lots of narrow escapes and a young-love story. It won many awards and not because of its grim subject matter but because of the way Dimaline creates a diverse and lovable cast of characters. It centers around a group who travel north together. They’re a “made” family, with a slightly demented grandmother, several teen boys, two teen girls, a seven-year old girl and Miigwan, who is in his 60s and is the leader of the group.

MOE: And where is Miig’s band running to?

KEPES: They’re not really sure. North seems the right direction, away from the worst of the planetary disaster and toward, they hope, more Native people.

MOE: Who narrates the book?

KEPES: The protagonist is a teen boy, Frenchie, who is Metis, meaning he has Native and French heritage. He wishes he knew his Native language and likes things that are “real old timey” like bows and arrows for hunting and walking silently through the woods. He also likes Rose, a beautiful girl with Cree and African heritage.

KEPES: One of them. Miigwan is mourning the loss of his husband Isaac who was taken by the Recruiters to die in one of the horrible “residential schools.”  These barbaric places are even worse than the original residential schools where Native children were forced to learn English and leave behind their community’s customs and languages.

MOE: This sounds like a heavy book for young readers.

KEPES: Yes and no. Lots of bad things happen but in the end, as in most YA books, good things happen and there is hope. Also the book has spots of humor, which I really appreciated. I loved the chapter where the group breaks into a fenced off, high-end resort. This is an incredible luxury for them as they’ve been camping out and the weather of the future is extremely cool and rainy. At the resort they open up all the bedrooms and jump on the beds and each of them gets a private room to sleep in. Frenchie is happily surprised when Rose sneaks into his room, and his bed. But just as the scene begins to get steamy, seven-year-old RiRi walks in, lonely in her own room. By the end of the scene everyone in the group, all eight of them, are sleeping in Frenchie’s room.

KEPES: For sure. Another part of the book that I think is really well-done are the back stories of all the characters. Here’s the teen girl Wab telling the group about her life before she joined Miigwan’s family.

There was good money in snitching on Indians, and people would call in if a Swedish girl wore a braid in her hair. That’s why we stopped going to the food banks: the volunteers called in Indian sightings and next thing you knew, a wave of white vans screeched up and off you went, kicking and screaming, watching yourself in the mirrored reflection of their sunglasses, throwing boxes of macaroni and cheese and screaming to some god or devil or anything in between. We’d heard too many stories about the death camps, the way we were being murdered real slow.

MOE: OK, I need to ask, but this sure doesn’t sound like a Happily-Ever-After novel.

KEPES: Yeah, it is a dystopia after all. But there are some wonderful plot twists at the end that had me cheering and, OK I admit it, crying happy tears, even on the second time I read the book! I really did care about these characters.

MOE: And I also know you won’t tell me what those plot twists are.

KEPES: You’re right, but I will loan you my copy of the book if you want.

Coping with anxiety amid coronavirus concerns

May I Introduce These New Releases? May’s First Literary Drop